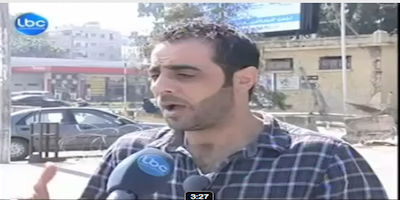 After having a hurried lunch with a friend at a Thai cuisine, I went back to my office and checked Aljazeera English for news updates ­– as has become my afternoon ritual lately.

There were none that grabbed my attention. I wanted to sign off but kept scrolling down, as if pulled by some invisible force, until my eyes landed on a news item entitled “Maid in Lebanon abuse video kills herself.”

Here was a woman—a helpless woman in a foreign country—begging for mercy from a handful of young male handlers, who drag her into a car against her will. She is too weak to plead with them, too frail to resist, nor scream, almost resigned to her inevitable fate.

Aljazeera reported that the woman committed suicide out of the public humiliation she experienced – being dragged on the streets like a corpse of an enemy soldier who had committed a heinous crime against helpless civilians.

On the face of it this could be a plausible explanation, but hardly the only explanation. It is equally plausible that she was murdered. One can only speculate because the disturbing video and the accompanying narrative do not provide any more concrete information to pass a more credible judgment. No background or context was given. I haven’t seen a follow-up story to fill the gap, either.

A grass roots organization based in Lebanon, Anti-Racism Movement, called Alem Dachasa death murder and “a call to action.” In a statement posted on its Facebook page, the group said, “Everyone who stands by watching her brutally beaten and attacked by her sponsor is an accomplice in this murder.”  “To call it ‘suicide’ or to let Ali Mahfouz off the hook, the man seen in LBCI’s video footage, for beating her in front of the Ethiopian embassy is to be complicit in her murder”

To say that the video wounded my soul and nagged my conscience is to say the least.  In fact, I would not hold my tears for hours. This is unusual for a man who had to struggle to shed tears upon the untimely death of close relatives, some who died under gruesome circumstances in the hands of others. This time it is different. It is as if the video brought all the accumulated moral injury to my people home to roost.

What kinds of desperation does it take for refugees to seek protection in lawless Somalia? Remember the grisly murder of a teenage Oromo refugee in Jawhar in 2006? What prompts one to risk drowning in treacherous waters on the way to “safety” in chaotic Yemen? What kind of desperation forces a conservative rural dweller, who would not send his daughters to the market or for an errand unaccompanied, to send his daughters all the way to a foreign country among foreigngers to eke out a life of humiliation in the Gulf?

The name of this mysterious phenomenon that drives people into extreme desperation is called poverty, a face I know full well for it has also forced my own sister, a young mother of four, to try her chances in Qatar. When I was growing up it was absolutely unthinkable for an Oromo woman, let alone a girl, to consider working as a maid no matter how deep the despair. Not any more.

The Ethiopian regime tells us that its economic policies have produced miracles, transforming poor farmers into budding bourgeoisie. The reality is that while wealthy Chinese, Indians, and Arabs are flocking to Oromia and the South in search of agricultrural land at dirt-cheap prices, the poor are being driven out in their thousands from their ancestral lands and many are considering degrading professions, including prostitution – out of utter desperation to put bread on the table.

In 54-page report, Without Protection, released in 2010, the Human Rights Watch said there were an estimated 200,000 migrant domestic workers in Lebanon, primarily from Sri Lanka, Ethiopia, the Philippines, and Nepal.

Nothing is more cherished to a traditional African family than the dignity of its women. However, due to growing nihilism among the Oromo diaspora, I am afraid that even the death of thousands of innocents like Dachasa would not enrage our guts and awaken our conscience for we are too busy demolishing ourselves and the sober ones in our midst who would attempt to show us the light out of our self-imposed darkness.

A society where forces of darkness are more vocal than voices of reason risks even more humiliations. It is high time that we forfeit our silliness and faced up to our troubles. Because the price is hefty.