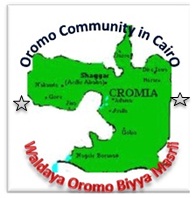 (OPride) – An Oromo interpreter for UNHCR in Cairo was beaten, denied police services, and subsequently charged extra for medical care on Thursday in retaliation for Ethiopia’s diversion of the Nile River to build a $4.7 billion hydroelectric dam, according to locals.

“Our friend was beaten seriously by a group of Egyptian youth and he was nearly killed,” wrote Abdulkadir Noor Gumi, a Cairo-based community activist, in a frantic appeal letter sent to OPride.com. “He was beaten by chain, metal, and stick…he had a head injury and other injuries on his body.”

When Ethiopia began diverting the flow of the Nile on May 28 for its so-called Grand Ethiopian Renaissance Dam – the largest in Africa with a 6000 megawatts capacity, the Egyptian blogosphere and media exploded as many called for swift action. Immediately following the announcement, an angry mob gathered in front of the Ethiopian embassy in Cairo to denounce the move, according to media reports.

Egypt is demanding Ethiopia halt the dam construction saying it “adversely impacts Egypt’s ability to generate electricity and provide water for irrigation.” Ethiopia says the diversion won’t reduce the flow of the Nile and is insisting on a dialogue to find a more equitable sharing arrangement.

On Monday, after a tripartite commission made up of experts from Sudan, Egypt, and Ethiopia – tasked to study the potential impact of Ethiopia’s dam on downstream states – released its final report, Egyptian politicians in a meeting with President Morsi, were inadvertently heard discussing plans to sabotage the project, attack the dam or arm Ethiopian rebels, unaware that their meeting was being broadcast on live TV.

Thursday’s attack in Cairo on an unnamed Oromo national, the second incident in the last week, underscores the grave threat facing Ethiopian refugees living in Egypt. Many of these refugees left Ethiopia fleeing repression and fear persecution if they return home. Several hundred UNHCR-recognized Oromo and other refugees of Ethiopian origin reside in Egypt, according to community estimates. Activists report the situation remains tense and have urged all persons of Ethiopian and Oromo origin to stay in their houses until the situation stabilizes, if ever.

Following Thursday’s incident, Egyptian police refused to take down the report of what transpired saying that the attack was deserved.

“The policeman who was writing the report aimed [a gun] at me…saying that we deserved to be killed,” said Gumi in an email recounting his traumatic experience.

Their troubles did not end there.

“After that we were referred to a hospital to do some check up for our injured friend,” Gumi continued. “In the hospital, we found the same issue, we are asked our nationality for record, we were told that ‘you are going to divert our Nile and you have to pay more for hospital.’”

Even after paying double the amount of normal fees for seeing a doctor, according to Gumi’s report, other patients in waiting room told them, “you deserve[d] it,” after learning their nationality.

The Oromo Community in Cairo is holding a peaceful demonstration in front of UNHCR and is asking all concerned individuals to reach out to Egyptian authorities on their behalf.

A friend of mine has just called me. He told me that some guys beat him badly. You know why? Because he is an Ethiopian in #Egypt

He told me “they beat me all over my body, I have blood everywhere”. He is a refugee in #Egypt cause the torture he endured in #Ethiopia #tp

He wanted to go to report the beating at the police station. Told him to go 1st to the hospital to get a certificate & make sure he’s ok #pt

Some people say a war will take place between #Ethiopia and #Egypt because of this damned dam. Some have started the fight. Crazy morons

I feel totally powerless, not being able to help him right now. #Ethiopia #Egypt

He’s a young father with a wonderful 1 month old baby daughter.I told him that her wife should stay at home for the moment. #Ethiopia #Egypt

Yesterday we were talking about the pb faced by Ethiopians in #Egypt due to ze dam issue,told me that some pp asked him where he come from.

I told him that he should pretend to be a Somali, he’s Oromo &d looks like a Somali.But he told me they asked to see his ID #Egypt #Ethiopia

On his refugee card, it is written that he is Ethiopian.#Egypt

On the phone he was very worried, because he thinks that the guys who beat him followed him and knew where he lives with his wife and baby.

So my friend left #Ethiopia bc he was persecuted by his gvrnmnt.& as a refugee in #Egypt he’s beaten by Egyptians hating #Ethiopia decisions