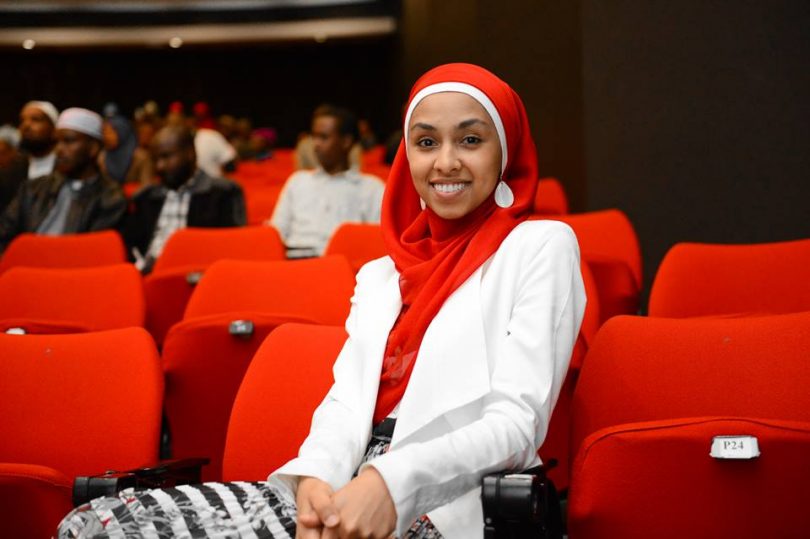 (OPride) – For revitalizing Oromo language learning, for revolutionizing Oromo storytelling and inspiring others to look within themselves for “bold new ways” of telling their story, for awakening the Oromo Diaspora to rally behind Afaan Publications, for being the Oromo story of 2013, Toltu Tufa is OPride’s Oromo Person of the Year.

Toltu, 27, was born and raised in Melbourne, Australia. Growing up in a multicultural household, Tufa knew the name Oromo only as her father’s native language.

Her father, Abdulwahab Tufa, is a community elder and educator. Among the first Oromos to resettle in Australia, Tufa arrived in Melbourne 30 years ago fleeing Ethiopia’s communist dictatorship.

Shortly after, he married his beloved wife, Nuriye Tufa, who is of Turkish origin, in 1984. A father of five – four girls and one son – Tufa had one dream for his children: to connect them to his Oromo heritage.

With Toltu’s groundbreaking Afaan Publications, Tufa has over delivered on that promise. In some ways, as Toltu noted in a recent Afaan campaign video, the exiled Tufa wanted to reconnect with his ancestral heritage through his children.

Recognizing that language is essential to that mission, Tufa decided to speak only in Afaan Oromo to his children. “My dad spoke to me in English for the first time when we went to Oromia in 1996,” Toltu told OPride during a recent phone call. Toltu was then about 10 years old.

But Tufa also knew that speaking Oromo alone was not enough. For many years, he run a weekend community school where he taught Oromo and Arabic. Toltu, who at a very young age learned the importance of language – not least to better negotiate her multicultural background – is a graduate of his weekend community education classes.

Toltu attributes her passion to modernize Afaan Oromo learning and teaching to years of coaching by her father.

Afaan Oromo, one of the most widely spoken languages in Africa, was banned from official use in Ethiopia until 1991. While much has been done in the last two decades since it became the official language in Oromia, Ethiopia’s populous region, challenges remain to standardize and integrate Afaan Oromo into the global community of languages.

Afaan Publications is the first innovative effort to ensure that the growing Oromo diaspora has relevant and easily accessible resources to pass on the Oromo language to younger generations.

Toltu first became aware of her Oromo identity in grade school. While in Grade 2, Toltu was asked to represent her culture at the school’s multicultural celebrations. Dressed in an Oromo traditional outfit, she recalls carrying an Ethiopian flag across the stage. “I first became aware of the contention between Oromo identity and Ethiopianism when my photo from that event appeared at the local mosque,” the impressionable Toltu recalled. “People started asking my father why he let me carry an Ethiopian flag…it was difficult to understand for me at the time.” 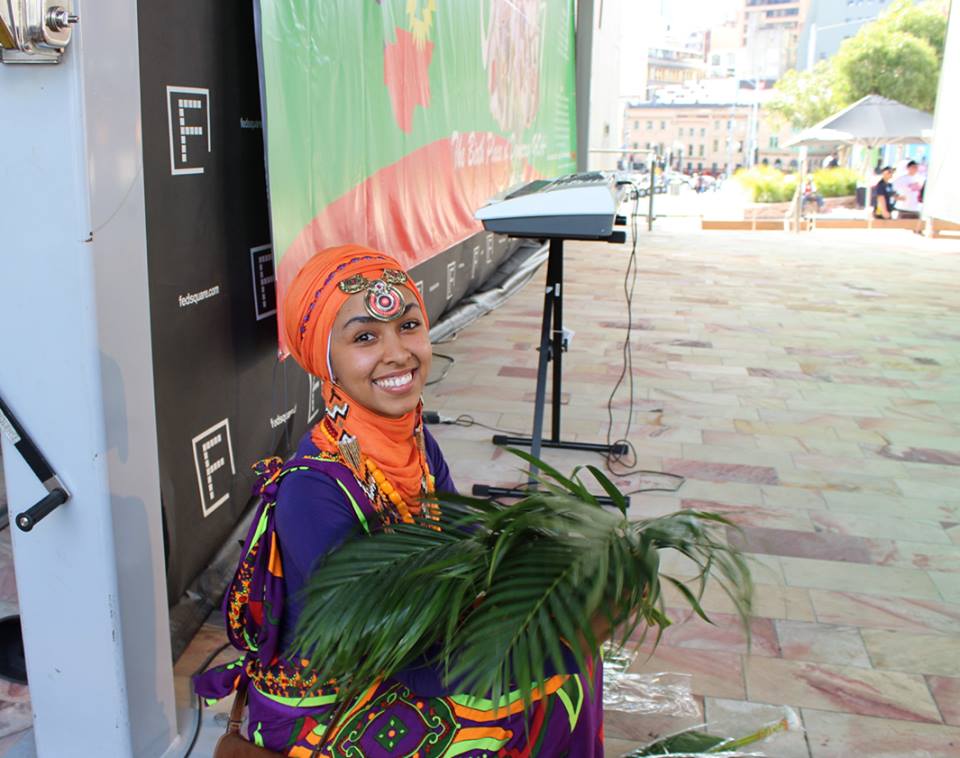 Toltu has been integral part of Melbourne’s vibrant Oromo community. Between 2006-2011 she  served as the President, Vice President, Treasurer for two consecutive terms. There she conducted outreach to local and federal officials and planned community events, including the landmark Oromia at Federation Square event.

She has also worked as a volunteer at the local Radio 3ZZZ Afaan Oromo program reading news and other programs focused on the youth.

Toltu has taught Oromo language and culture at her father’s weekend school for several years. The idea for Afaan Publications grew out of her frustration with lack of relevant and interactive teaching materials at the school, according to Toltu. “I knew animal names and what to call a lot of other items in Oromo, but it’s at times difficult to grasp the context,” Toltu said about her early exposure to learning Oromo.

She is now working on remedying just that by producing context appropriate and innovative teaching materials. Toltu believes that children learn better by doing and seeing things than being simply told certain concepts.

Last month, Afaan raised more than $100,000 through online crowd-funding website, Pozible. She plans to announce ten global fundraising cities early in 2014. Toltu says, she is now in the process editing and revising some of the materials based on early feedback from the community. She hopes to deliver on her promise of reaching every Oromo household with her story books in the new year.

As charming as she is a confident, Toltu wears many hats comfortably. She is a community organizer, a fashion stylist, an advocate, and a doctoral student.

“I’d like to think of my story in a series of turning points,” Toltu said when asked about her passion for activism. In an increasingly global world, events in far-flung places can dramatically alter a person’s life, Toltu added.

For Toltu, the tragic events of September 11, 2001 in New York City was one such life changing event. “Shortly after 9/11, I got involved in Melbourne’s Muslim community activities,” Toltu told OPride. She worked with several local and federal government agencies giving seminars and workshops on cross cultural education.

Later she joined Center Against Sexual Assualt, a school-based program that works to raise awareness about sexual violence among teens and young adults. Within nine months, Toltu took the program from four schools to reach several schools across the country. 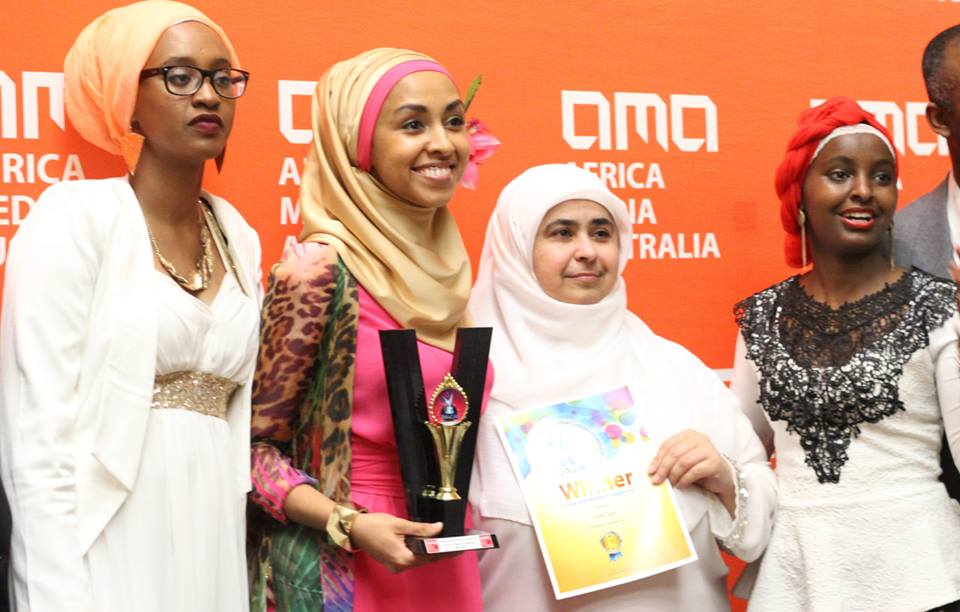 When she is not reading Psychology books, helping out at the Australian Oromo Community Association in Victoria events or campaigning for Afaan, Toltu does stints as a fashion stylist. She’s been actively involved in her younger sister Zulfiye Tufa’s design company. Known as the HijabStylist – an Oromo and Turkish fashion designer and instagrammer – Zulfiye is widely recognized in Melbourne for bribing a unique personal touch to Muslim fashion. Toltu has been part of a photo shoot as well as several events showcasing her sister’s creative talents.

Toltu has been the face, voice, and moving force behind Afaan Publications in 2013. Her fairytale like story is in a way the Oromo story of 2013.

After years of paralysis, the Oromo seems to have finally begun to put its acts together. Its voices are still discordant. However, one thing is certain: the Oromo are on the move – left, right, and center.

Among the year’s ground shaking events is the launching of the Oromo Democratic Front (ODF), the debut on Al Jazeera’s The Stream show based on a pitch submitted by  OPride editor,  the Oromo First campaign and its community engagement efforts, Tesfaye Gebreab’s authorship of Caaltu as Helen, and most recently the #BoycottBedele campaign. As with the Afaan Publications debut, these and several landmark events captured the Oromo imagination in 2013 and kept the social media community buzzing.

However, the year was not without its challenges, either. The persecution of the Oromo both at home and in exile, especially in Egypt and Saudi Arabia where migrants saw all manners of abuse, has not abated. However, when the pluses and minuses are tallied, 2014 promises to be a turning point.

Congratulations to Toltu Tufa for being OPride’s Oromo Person of 2013.

Thank you for your continued readership and support. Happy New Year!