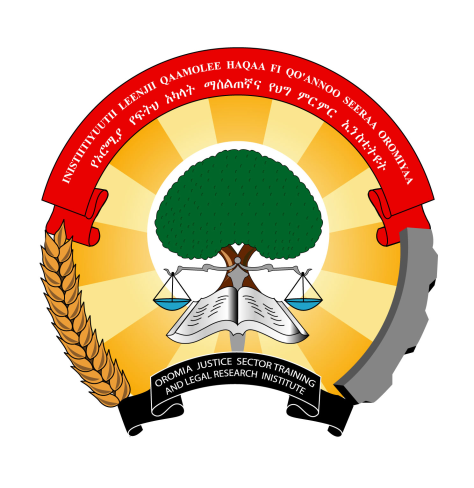 (OPride) — The infamous Addis Ababa master plan is back in the news. Oromo students gathered at various campuses around Oromia for scheduled indoctrination campaigns are asking authorities to table the master plan as one of the agenda items to be discussed during the meetings.

The officials’ refusal to discuss the controversial plan is causing another round standoff between security forces and students at meetings organized under heavy police presence, according to local reports.

Since April, hundreds of Oromo students and activists have been arbitrarily arrested following widespread protests opposing Addis Ababa’s unconstitutional expansion into Oromia. So far, none have received justice. Some may forever be locked away without any legal redress given the country’s lack of judicial independence. This piece examines hurdles to bail justice in Oromia to pinpoint how prisoners are punished during criminal prosecutions both pre- and post-trial.

Bail is a vital aspect of the criminal justice system. It is one of the rights that suspects enjoy in the pretrial period of criminal cases. By keeping accused persons out of custody before their trial, bail protects the presumption of innocence and other guaranteed rights. In countries such as Ethiopia where the executive branch is the major violator of rights, securing bail for suspects rests mostly on the shoulder of the judge. But because judges lack the independence to serve justice, suspected individuals often languish in jail before guilt is established.

To improve this dysfunction within Ethiopia’s justice system donors have repeatedly shelled out millions of dollars in the name of judicial reform. But the aid money was mostly used to redesign the judiciary to align it with the ruling party’s long-term political objectives. In order to disguise their real motives and win support for these “reforms” both at home and abroad, Ethiopian authorities have perfected the use of buzzwords such as automation, case flow management and process re-engineering. However, the main focus of the reform remained curbing the judiciary’s capacity to protect human rights and check the ever-expanding power of the executive branch.

Most of the donor money for judicial reform is channeled through the Ministry of Capacity Building and Ethiopia’s Federal Supreme Court. The Ministry’s former head and point person for the judicial reform program, Tefera Walwa, used to say that ‘judges should be indoctrinated’ with Ethiopia’s brand of democracy. Toward that end, in 2009, Walwa introduced and implemented an initiative that put the justice sector, including the courts, under one umbrella leadership. The move eroded the whole notion of judicial independence in the name of a reform program known as business process re-engineering.

To carry out Walwa’s indoctrination program, Ethiopia then established training centers dubbed “Justice Organ Professionals Training and Legal Research Institute” in almost all regions of the country. The institutes provide ongoing seminars disguised as “legal” trainings in which judges and justice sector employees are brainwashed about the country’s state-led development policy. Since these institutes were established no judge can hold office without its certification.

The Ethiopian court system works closely with the police and the prosecutor. Police typically investigate crimes and the prosecutors act on behalf of the public to put suspected criminals on trial. The police may sometimes work under the supervision of the prosecutor or together as a team. While the police are also expected to work with the court, in most cases, they go through public prosecutor to bring cases to the attention of a judge.

But instead of law enforcement agents requesting the court for pretrial custody if it deems necessary, the detainees often bring bail petitions to the court through applications. Due process of law is put aside the moment peace enforcement agents arrested people without warrant and kept them as long as they wish. Back to bail justice the process of ruling on bail petitions passes through unpredictable bureaucratic hurdles that include several delaying tactics.

Protests are not tolerated in Ethiopia. Police and intelligence services often violently suppress peaceful demonstrations. Crackdown on protesters is often followed by mass arrest of suspected instigators, leaders and participants. Security forces usually detain, harass and torture suspects to extract confession before they are arraigned in court as required by law.

Under the country’s criminal procedure code, the public prosecutor is the respondent to bail petitions. The prosecutor’s office usually employs different seemingly legal venues to delay justice. For instance, the prosecutor may respond to the petition alleging that he has no clue about a particular case. The court then either gives the prosecutor more time to obtain the file from the police or orders the police to transfer the file to the prosecutor. But the court does this instead of exercising its power to summon and enquire the police or look into the investigation file if there is one. Once this initial obstruction phase is exhausted, the prosecutor then resorts to another delaying tactic.

Public prosecutors in Oromia do not have any kind of independence personal or institutional. As a result, powerless Oromia prosecutors typically refer politically sensitive cases to the federal prosecutor’s office invoking lack of jurisdiction. By doing so, the prosecutor rules the court in Oromia out of the game. The Oromia bench at the federal prosecution office usually shelves such cases, leaving petitioners in limbo waiting for years on end for a proper due process. This procedural hurdle undermines the pursuit of justice as a whole and leaves people detained for long period of time without trial.

Ethiopia’s criminal procedure code requires suspects to submit petition for bail at the nearest court. But by politicizing bail right, the prosecutor’s office puts pressure on local courts not to try the case changing bail right to an issue of jurisdiction on the substance of the case. While the argument about jurisdiction is in principle irrelevant in granting or denying bail, the court system is simply too overwhelmed by external pressure to address such issues. Hence, judges sometimes concede that their bench does not have jurisdiction to handle the case covering up their fear-averting tactic. In other cases files are closed with no words on the fate of the petitioner.

In another scenario, the police and the public prosecutor may conspire to fabricate a criminal case to cite against a petitioner of bail. There are list of conditions under the law that restrict bail right. The prosecutor mentions in his response one such condition to make the case non-bailable under the law.

At this point in the process, a given criminal case is not even instituted at the court of law. But when prosecutors mention highly sensitive political cases in their response, some judges do not even give the petitioner a chance to counter prosecutor’s position. They simply dismiss the petition and rule the petition as unbailable simply based on the prosecutor’s statements. For example, I remember when two brothers petitioned for bail and the prosecutor alleged applicants are suspects in a murder and aggravated robbery case. But upon further enquiry into the allegation it was found that there is not even an open probable case investigation let alone such a serious one.

A third possible scenario is where the court itself conspires with the rest of the shaky justice sector organs. I remember a case where a suspect re-applied for bail after serving four years behind the bar for reasons unknown to him. The petitioner was arrested on allegations of teaching Oromo Liberation Front’s political program to locals. He was brought to the district court four years earlier where the judge adjourned his case for two weeks and remanded the suspect. But the police did not take the suspect to court on due date nor did the judge order the police or remand center to bring him back to court. The file was shelved as the suspect remained in jail.

Another major delaying tactic is preparing criminal cases against protesters under some of the recently passed laws that restrict the right to bail for government critics. This includes treason laws and anti-terrorism laws under which bail right is almost unavailable. Security forces typically bundle a number of defendants under one file, equating peaceful protests with such political crimes. Defendants are kept in jail for very long time without pretrial bail as the prosecution office prepares evidence to support its trumped up charges. The Supreme Court of Oromia handles many such cases related to the recent student protests.

Still, compared to the manner in which politically sensitive cases are handled, the above scenarios are only the tips of the iceberg. There are thousands of cases where the courts failed to deliver pretrial justice, stand for essential judicial values and protect human rights. In addition to the aforementioned procedural barriers and the weakness of the judiciary, the institution of public defense is almost non-existent in Oromia. The balance of justice is always for the public prosecutor, the right hand of the ruling political party.

Let’s assume that a protester is lucky enough to pass through the above scenarios and has won his/her bail right. She/he would still face further hurdles before enjoying the rights protected by the law. One scenario is a case of the bail applicant missing from the remand center. This happens when friction with the judiciary becomes too untenable or when the dysfunction of the court becomes too public and humiliating. In such cases instead of continuing confrontation with the local court, the suspect will be transferred to another region or a federal prison where Oromia courts do not have jurisdiction.

Now the prison administration authorities can simply show their records and escape responsibility. Case is dead. Right is gone. No one dares to pursue such a case hereafter.

In yet another bureaucratic tactic, the court may grant bail for very high recognizance and refuse to accept the worthiness of guarantors. Rarely but sometimes the registrar or the court clerks may conspire to misplace a specific file so as to delay the release of certain suspects.

Last but not least there are times when the court grants bail but the other authorities refuse to execute the decision. There are numerous incidents of confrontation between the courts and, the police and prison administration because of such resistance to execute court order. Locals are increasingly reporting such incidents from Oromia in relation to those arrested in connection with the recent Oromo protests. In such circumstances police typically prepares a fake case to keep the suspect in custody under the guise of investigating a fresh suit. Over the last decade, as the ‘indoctrination’ campaign took deep roots, it became a common practice for courts in Oromia to settle their differences with the executive branch through consultative negotiation akin to a bargaining forum on judicial independence.

In conclusion, absent judicial independence and the rule of law in Ethiopia as a whole and in Oromia in particular, the hundreds of Oromo protesters currently under arrest are unlikely to win bail justice. Practically, the prosecutor has none or very shallow cases to take to trial in court of law to prove any presumption of guilt beyond reasonable doubt. At the same time, making up a case for thousands of protesters takes expertise, money and time. Consequently, the denial and delaying of bail justice is used as a means of collective punishment.

—
*The writer, Israel I. Fayisa, is a former Oromia Supreme Court judge. He can be reached at israelitansa@yahoo.com.