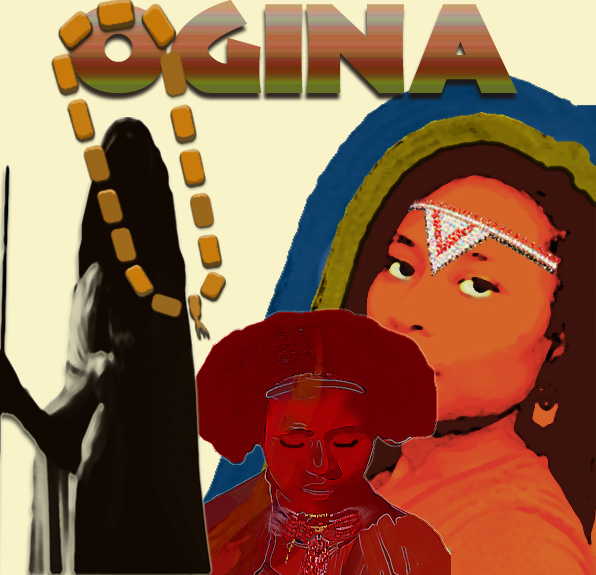 The year-end issue of Ogina – Oromo Arts in Diaspora, webzine has a superb collection of artistic and educational materials. In this issue, the editors focus mainly on Khat (aka Jimaa or Barcaa). Whether you are interested in a short film, poetry, interviews with Oromo artists, essay on Oromo fashion or book reviews – Ogina has you covered. Here is an excerpt from an article, the Culture of Khat, by Dr. Ezekiel Gebissa. Dr. Gebissa is the author of Leaf of Allah: Khat and Agricultural Transformation in Harerge, Ethiopia, 1875—1991 in 2004 and edited a collection of essays in Taking the Place of Food: Khat in Ethiopia in 2010.

Psychoactive plants—cannabis, opium, coca, tea, coffee, and tobacco—have been in constant use throughout history by nearly all societies in the world for medicinal, religious, and social purposes.  In the Horn of Africa, khat has traditionally been used for treating headaches, diarrhea, depression, muscle aches, arthritic conditions, tooth aches and sore throats. Other modes of using khat, making drinks and chewing the leaves, possibly started with its use as a medicine.

Among the Oromo, the Afran Qalloo of Harerge, are perhaps the first to use khat. They have chewed it certainly for at least 150 years but possibly for more. In my interviews in the vicinity of Harer, some Oromo chewers tell me that they use the khat-induced high for work while others do so for pleasure.  There’s nothing new about both.  For centuries, religious leaders have consumed the leaves to stay awake during long nights of prayer, merchants during long-distance travels, and farmers for energy. Urbanites have always used khat for recreation, concentration of the mind, and conversation of all kinds. What is common to both categories of chewers, at least in Harerge, is the profound cultural importance of khat and its role as a medium of social interaction.

As a social institution, khat chewing is valued for its critical role in maintaining cultural cohesion, and in facilitating such activities as work, meditative worship and cultural ceremonies. The Oromo of Harerge customarily offered visitors khat as a sign of hospitality, served the leaves on important occasions such as birth, marriage, funeral, and naming ceremonies, and chewed large amounts during popular rituals performed to ward off natural calamities.  In all of these cases, khat chewing serves as an essential social lubricant that fosters amity, cooperation, and sociality.

The presence of khat in worship practices demonstrates the leaf’s significance in the religious life and practices of the Muslim Oromo of Harerge. Khat is highly regarded by Muslims as a plant blessed by God and given to humans. It is thus referred to as “the leaf of Allah” or “food of the saints.” At religious ceremonies held at Muslim shrines, participants spend long hours of the day and night chewing khat while reciting passages from Holy Qur’an and praying to Allah. Chewing enjoyed an important role during Ramadan, at the Arafa  celebrations, which are particularly popular in Harerge, during the Mawlid, the birth day of the Prophet.


Notwithstanding the critics’ claim that khat chewing is a waste of time that could be employed for productive purposes, it seems that the chew sessions are integrated well into the work day.  For farmers, for instance, the day commences with the morning chew or the igabana, literally the eye-opener, followed by hours of feverish work in the oyiru, garden.  In the early afternoon, the farmers gather for another session, the barcha, in which small groups gather under a shade to rest and reflect for an hour or two. At the end of the barcha, the chewers put their heightened energy to a productive activity, working the farms until dusk, at which time the chewers eat dinner. The last chew session is known as the atarora, which takes place before bedtime.

There have been historically some peculiarities surrounding khat. Among Christians, chewing khat is despised as a habit inspired by the devil. At best, chewing khat is regarded as a Muslim habit that good Christians have been keen to avoid. While this attitude has never been universal, the prevalent belief has been that only wayward young Christians dabbled in chewing the leaves. In the Harer region, at least, residents have always chewed for entertainment, conviviality, and socializing with friends and relatives. The barcha session is a popular event because it provides a calm environment for peaceful discourse and decisions on serious business or political matters. I have learned from historical sources that the business and political elite of the Emirate of Harer used khat before making serious decisions. Anecdotes that this tradition has persisted to this day abound, some actually suggesting that it has spread to the national level, but I don’t have solid evidence that butters the claims.

What is incontrovertible is that the barcha has become a commonplace sight in urban areas, where users congregate in a designated room in private houses and lie on their sides against a pile of cushions to meditate, read and engage in the talk of the town.  Chewers drink water or tea reduce dryness of the mouth and to assist the extraction of the juice.  Some chewers take a pinch of sugar or a sip of Coca Cola to moderate the bitter taste and smoke cigarettes as they chew.  At the end of the session, some drink alcoholic beverages to counteract the inebriating effects of khat and allow for sound sleep.  Since most urban chewers are office workers or private businessmen, their explanation does make sense, even though the practice of mixing khat with alcohol is considered an anathema to many chewers who view khat as a sacred gift that should not be mixed with the profane act of alcohol.

This change has been long in coming, beginning with the oppressive political atmosphere of the 1970s and 1980s, but the lack of employment and of other recreational recourses are probably the reasons for the expansion of chewing for pleasure throughout the country. In the last decade, khat chewing houses, similar to a restaurant or a tea house, have became thriving businesses, catering to different classes of people. Private homes in upscale neighborhoods and other precincts in major cities now provide khat chewing rooms fully furnished with pillows, a variety of khat brands, and other accessories needed for a chew session.

Chewing khat has always been controversial. Motivated by religious conviction, cultural distance, or medical concern, many people consider khat as a harmful substance that must be banned. The opposition notwithstanding, the expansion of the culture of chewing has become a national pastime in Ethiopia. Interestingly, it has also become a practice that provides a tangible link to the homeland for many in Diaspora.

The full issue of Ogina is available at : Ogina Year-End Issue (December 2010)