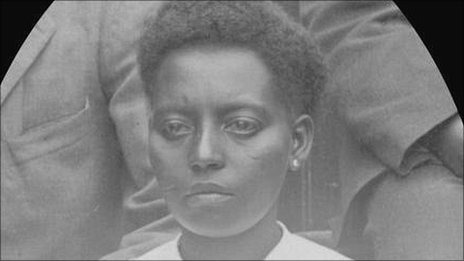 When Neville Alexander used to visit his maternal grandmother Bisho Jarsa as a boy, he never suspected the extraordinary story of how she had come from Ethiopia to the South African city of Port Elizabeth.

Bisho was one of a group of Ethiopian slaves freed by a British warship in 1888 off the coast of Yemen, then taken round the African coast and placed in the care of missionaries in South Africa.

“We were overawed in her presence and by the way she would mumble to herself in this language none of us understood,” recalls Mr Alexander, now 74.


This was Ethiopia’s Oromo language, Bisho’s mother tongue, which she reverted to as she grew older.  Mr Alexander, who was a political prisoner in the 1960s, sharing Robben Island with Nelson Mandela, is today one of South Africa’s most eminent educationists. nHe remembers his younger siblings asking their mother, Dimbiti: “What’s Ma talking about… what’s the matter with her? What’s she saying?”

Their mother would respond: “Don’t worry about Ma… she’s just talking to God.”

When he was in his late teens, his mother told him about his Ethiopian origins but Mr Alexander thinks even she may not have known all the details, which he only discovered when he was in his fifties.

He found out that the freed Ethiopians had all been interviewed on their arrival in South Africa.

The story began on 16 September 1888, when Commander Charles E Gissing, aboard the British gunship HMS Osprey, intercepted three dhows carrying Ethiopians to the slave markets in the Arabian port of Jeddah.