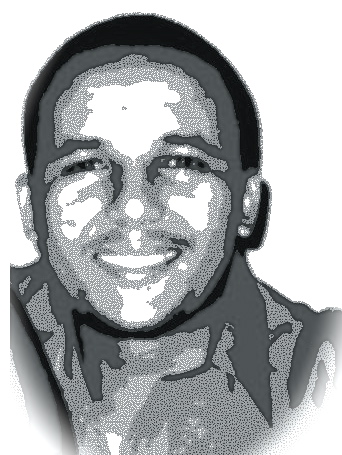 Over the last three months, Ethiopia has ramped up crackdown on dissent using its sweeping anti-terrorism legislation. According to Human Rights Watch, the legislation is “premised on an extremely broad and ambiguous definition of terrorist activity that permits the government to repress a wide range of internationally protected freedoms, and contains provisions that ride roughshod over fundamental due process rights.”

There is a heightened urgency in Ethiopia at the moment with a slew of arrests. Several activists, opposition members, and journalists including two Swedes were recently charged with terrorism and for plotting to carryout acts of terrorism. OPride.com asked independent political analyst and researcher Jawar Mohammed for possible explanations behind the latest wave of arrests.

In recent months, Meles Zenawi’s regime in Ethiopia has once again ramped up crackdown on  dissidents. Victims and commentators alike are baffled by the sudden wave of arrests in the latest campaign.

Dictators usually arrest dissidents when they feel threatened. Those arrested under a concocted charges of terrorism however have little or no means of threatening Meles’ regime at this particular time. Most of them are members of weak opposition parties that are struggling to stay alive let alone threaten the status quo. The rest are journalists,  who have already been rendered harmless  due to the draconian anti-press law.

For instance, Eskendir Nega, although his commentaries are critical of the government, can hardly be considered threatening because;
a)  His articles are published on diaspora based websites that are banned in Ethiopia. Hence, least accessible to the local population with little chance of influencing public opinion,

b)  although a defiant man, Eskendir’s writings and views  are  moderate. He is a fiercely independent man who consistently rejected violence and advocated nonviolent struggle. The accusations that he was conspiring with armed groups are simply baseless.

So, if there are no clear threats posed by these individuals, why bother throwing them into jails and attract negative attention?

Some observers are suggesting that the regime is too paranoid and is “shooting in the dark” at everything that moves. This might be a correct assessment. Yet, despite his recent Gaddafi-like outburst in his speech to the parliament, I believe, Meles is still the same cold and shrewd tactician whose actions are guided by strategic considerations. I presume that there is couple of tactical objectives behind the recent  wave of incarcerations in the country and the charges brought against handful of exiled activists.

Despite the double-digit growth numbers that Meles and his foreign backers throw around, Ethiopia is undergoing a severe economic crisis. The cost of living is spinning out of control. The regime’s intervention to stabilize the market by imposing price caps on certain merchandises, increasing salary for civil servants, and devaluing the currency has all failed miserably. Even by the government’s much massaged statistics, inflation has been running in close to 40% for the last several months. In urban areas, life has become unbearable as housing and food prices continue to climb upwards.

The deteriorating living conditions provide a good recipe for unpredictable riots. The government’s security has been preparing itself to either prevent such riots or contain it before it spawns out of control. The recent arrests are undoubtedly a preemptive strike.  The regime fears these individuals could potentially turn ordinary riots into large-scale uprising.

Almost all of those arrested are of the same political class; the mid-level  organizers between the top elite and young students. These individuals have few years of experience in activism but have not yet joined the nihilist camp of professional politicians. Nor are they the hot-blooded idealist youth because they have tested politics and understood what it takes.

In a study of social movements, this class is often known as the operational corps, the equivalent of the officer’s corps in military. It is this class that translates policies and strategies into practical tactics and supervises their  implementation. They are in daily contact with the masses, therefore, have better and deeper understanding of the reality on the ground that the top elite don’t often comprehend. They are also in direct communication with the top elite, therefore, have good understanding of the bigger picture in politics than local activists. Economic wise, they are part of the “middle class” which gives them direct access to resources, financial and otherwise. Basically, the operational corps is a bridge between leaders and the mass – policies and actions. By providing strategy, coordination, and direction, in this role they often turn ordinary grievances into  a mass movement capable of toppling dictatorial regimes. That is why Meles is specifically targeting prominent individuals (Olbana  Lelisa, Andualem Aragie etc)  from this class.

The next round of “election” is coming up in 2015. By arresting the operational corps in the opposition camp, Meles is preemptively disarming them. Come election season, he does not need to be too heavy handed under the magnifying glass of the outside world. Since the operational corps are part of organization that recruit, coordinate and mobilize the mass, disabling this  would prevent the necessary groundwork, would keep the opposition weak and paralyzed for the next three years.

A political organization that lacks operational corps is like a car without wheels. The leaders can make noise but won’t be able to move forward. The same tactical objective seem to be at work in the case of several diaspora based activists charged under the same pretext. The charges are meant to criminalize any communication and connection with these individuals.

Zenawi’s recent tactics are an alibi to charge more “terrorists” in the future. Few months ago, the parliament passed a legislation that declared three political parties ( OLF, Ginbot-7, ONLF) as terrorists.  Any connection with these organizations then became a criminal act, hence the reason for the latest slew of charges. Ironically, both OLF and ONLF have been designated as terrorists in Ethiopia for more than a decade. The anti-terrorism law served as the final straw that made perceived or real connection with these groups a penal offense.

In the same manner, any future communications with recently implicated diaspora activists will also be a criminally punishable.  The objective is to scare people away from having any communication with those accused of “terrorism”, consequently reducing their potential influence in the country’s political discourse.

In all, we should not dismiss actions of dictators as mere paranoia. Tyrants, even the seemingly erratic despots, are brilliant tacticians. Modern day dictators rarely take actions out of sheer arrogance or vengeance. They use sanction (arrest, killing, torture, sacking , blackmail etc) in order to instill fear in the heart of millions. Defeating them requires similar if not more  the rigorous strategic thinking and acting.