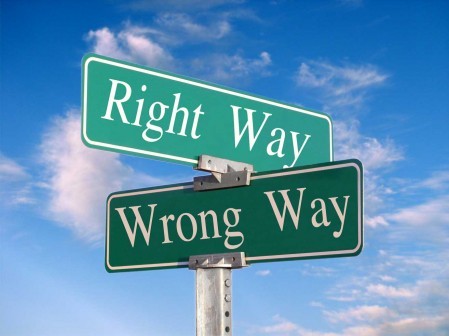 January is a month of celebration in the Oromo liberation movement spearheaded by the Oromo Liberation Front (OLF). Jan.1st, in addition to being a new year, marks a period of solemn remembrance of the heroic exploits of the Oromo Liberation Army (OLA) who in 1980 ensured, despite all the odds stacked against it, that the dream for Oromo freedom would never be extinguished. The challenges were many. The fist one was a combination of devastating internal disasters, a parade of horrific events that threatened to smother in the bud the nascent Oromo movement.

This included a heart breaking internal split whose aftermath brought the mysterious death of its most celebrated founder, Baro Tumsa, just appointed head of Foreign Affairs. That was followed immediately by the liquidation of its most visionary founding leadership, including Magarsaa Barii, the visionary Chairman, and Gadaa Gammadaa, the dynamic head of Organizational Affairs, in the hands of Somali bandits in the pay of the Siad Barre regime of Somalia, an action that cut short in a single daylight the best crop of leaders the Oromo nation produced after a century of hard labor. Moreover, the Dergue captured Muhe Abdo, the bold head of Military Affairs, while he’s on a mission to Finfinne. These events meant that out of the five members of the newly constituted Politico-Military Command (PMC) only the Secretary, Leenco Lata, survived.

Externally, OLA outlived the most existential threat to its survival. To its rear, OLA was battling against the entire Somali forces armed to its teeth by the Americans and the Soviets. To its front, it was confronted by the full might of the Ethiopian Army equipped formerly by the Americans and later by the entire Socialist bloc of countries headed by the Soviet Union.

The Oromo liberation movement is not new to challenges, both internal and external. While its military achievements gradually fell short of the promises fired up by its illustrious beginnings, its social and political achievements, however, are far reaching. In a span of thirty years, it has turned the Oromo from a marginalized community slated for cultural extinction into a formidable force to reckon with. In fact, it is the only movement in the region that achieved so much for its people without registering the kind of military triumph necessary to bring about a profound transformation in an empire that long resisted change tooth and nail. The Oromo language, once on its death throes, is revived to become the official working language of Ethiopia’s most populous region of Oromia.

Out of the vision laid out by the founders of OLF, the only objective yet to be realized is to enable the Oromo people assume political power. In its long road to make this a reality, compatriots of the OLF and the entire Oromo people have paid a heavy price and continue to do so. The road ahead is long and pockmarked with all kinds of challenges.

After two decades of lethargy, the movement needed two things to move forward. First, it needed internal consolidation. Many hoped 2011 was the year when the splinter factions of the OLF would bury the hatchet and reunite to mobilize the Oromo to bring the struggle to its fruition. Second, it required a vision that would catapult the struggle to the 21st century.

This January, the Oromo did not have plenty to celebrate. The efforts for unification were scuttled. The attempt to articulate a vision for the 21st century was short-changed for a half-baked, an ill considered, a reactionary, and a premature pronouncement that dismally marginalized its proponents rather than bestow them with the legitimacy and support they desperately desired.

Kamal Galchu & Co, after summarily dismissing the core of the jijjiirama leadership, thereby effectively forfeiting the support of the vast majority of its members and totally alienating itself from any credible Oromo political base, not only monumentally fumbled on the vision thing but also exposed a mountain of ignorance about the proud history of Oromo nationalism. The whole enterprise is not just a political miscalculation but also a comico-tragic drama. By so doing, the generals catapulted themselves from promising heroes to the nightmare of the Oromo struggle.

A few have stepped in to fill the gapping vacuum in vision, organization, and strategy exposed for all to see by the decades-long paralysis and this tragic and reckless adventure. Not to be outdone, Jarra of ULFO, in a characteristic urge of fancy, dismissed four of his most committed and most capable lieutenants. Dhugaasa Bakakko of the marginal OLF-QC group issued a self-congratulatory statement, its specialty, devoid of reflection and filled with empty bravado and woefully short on vision.

Dawud Ibsa of OLF-ShG, who presided on three devastating splits in his tenure spanning 12 years, also went on the media. His statement not only betrayed the utter lack of vision, statesmanship, and realism but also a sense of coherence in his rhetoric. He blubbered on and on advancing no discernable agenda. His laughable call on his former colleagues to prostate before his supposedly victorious group beseeching for clemency is unbecoming of a worthy leader and the demands of the times, no to mention a mistaken diagnosis of his own group’s rather worsening internal and external conditions. He could have done his group and himself a great favor by apologizing to the Oromo people and taking at least a share of the responsibility for the debacle that has no winner but many losers. The most honorable thing for him would have been to resign and prepare the organization to face the new reality with a fresh leadership team at the helm.

Surveying the landscape, one is confronted with the reality of facades of an organization ill-equipped to do nothing more than making lofty pronouncements and doggedly defending why their group is the one most worthy of the loyalty of the Oromo people. One comes face to face with wannabe leaders who are clueless about the demands of the time.

This is not all. There are many mediocre souls clamoring in the wings trying to promote tired old agendas to which they are themselves hardly committed. These false prophets have no clue as to what it takes to lead a modern organization and a vastly diverse population long traumatized by a succession of failed leaders.

Out of a sense of desperation some are calling for unity of the splinter groups. The reality is that none of the groups are ready to make the sacrifices necessary to overcome the many tough challenges in the road towards reunification. Furthermore, most of the established groups are possessed by a highly illusory self-image divorced from prevailing reality, a prime example of which is Dhugaasaa’s and Dawud’s diatribes.

Undisturbed by the endless statements written by a plethora of pretenders, the Oromo at home presses on. Undaunted by the brutalities of a vicious regime with an outdated plan of “divide and rule,” the Oromo continue to dream of a day when it would assume its rightful place in history.

Notwithstanding, a temporary sense of disorientation, I believe that the fundamentals of the Oromo movement are still solid. The Oromo movement, despite all its self-inflicted wounds, remains the most viable alternative to bring about fundamental transformation in Ethiopia as well as the Horn of Africa region headed by a series of failed leaders desperately clinging to the reigns of power while their people starve to death because of their misguided policies and suffocatingly tyrannical practices.

While the long oppressed in North Africa and parts of the Middle East have shaken off one repressive regime after another, the people of the Horn continue to suffer from the indignities of poverty, malgovernance, repression, and failed policies. It is high time for the Oromo to make a fresh start. The Oromo nation has the wherewithal necessary not only to liberate itself but also enter genuine partnership with others to make ours a region of peace, freedom, democracy, and prosperity.

To render this possible compatriots of the Oromo movement need to make a serious, thorough, and honest re-assessment of their own pitiful conditions, their political and organizational behaviors of the recent past and present, their decaying leadership, and historical obligations. The EPRDF is weak, tired, and grown fat beyond any measure. As it has done for twenty long years, its dominance owes more to our dysfunctions rather than its strengths.

Despite the gloomy present, the future for Oromo freedom shines brightly than ever before. As it overcame insurmountable internal challenges of 1980, it can cast off the gloom of 2012 by turning it into a golden opportunity for national renewal and rejuvenation.

To make this possible, we have to believe again, overcoming deeply engrained cynicism. Above all, we need inspiration. We obviously need to re-evaluate our beliefs, but believe we can and MUST.

May the spirit of January inspire in all of us a profound, genuine, and transcendent sense of unity, commitment, and overall renewal that the time demands–for that is what it takes to advance the Oromo struggle in this most trying of times. No false step built on a house of cards on a shifty sand of illusion is sufficient to deliver us from the current state of general paralysis, mistrust, division, self-mutilation, and pettiness.