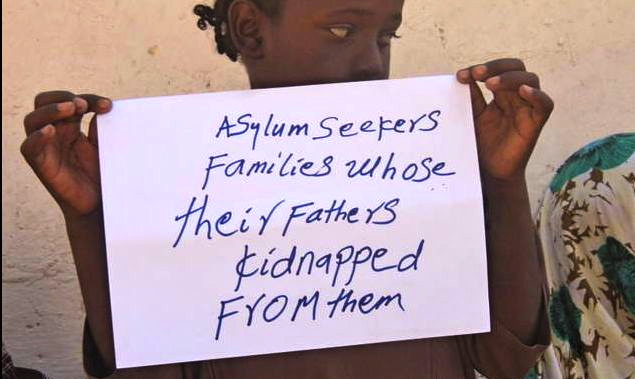 More than 20 Ethiopian migrants caught while trying to cross into the de-facto breakaway state of Somaliland have been promptly repatriated back to Ethiopia, local Somaliland press reported.

Somaliland’s location, adjacent to the semi-autonomous region of Puntland, makes it an ideal transit point for migrants hoping to make the 1800km long, treacherous journey to the port city of Bosaso, where they would then board smuggler-run ships to Yemen.

With increased security along the border towns of Wajale, Gebilay, Allaybaday and Arabsiyo, Somaliland police and customs unit have detained Ethiopian migrants on several occasions in a series of measures meant to curb the entry of Ethiopians into the state.

This comes against a backdrop of controversial deportations of Oromo refugees by the Somaliland government, a move that has signaled a drastic shift from the state’s traditionally apathetic policy towards UN-recognized refugees to zero-tolerance citing reasons of over-utilization of infrastructure, threats to national security, and public health. According to IRIN, the UN humanitarian news service, the Puntland government had also taken similar measures in 2010, arresting and deporting hundreds of Ethiopian migrants .

Given the increased repression and the lack of opportunities in their homeland, despite all the efforts to curb migration along the border, many Ethiopian migrants continue to risk their lives and make the toilsome journey to Somaliland.

Arguments about the positive effects of measures taken by these governments have proved counter-intuitive. The notion that arrests and deportations would preempt this transnational movement of people –– when harrowing stories of deaths, drowning, and disappearances of thousands have failed to dishearten these desperate migrants –– seems illogical at best. An overwhelming number of Ethiopian migrants attempting to cross into Yemen by way of Somalia are Oromos. This begs the question: What are the causes for this exodus? What has been the outcome of it all?

Despite their majority status, Oromo people continue to face institutionalized discrimination and marginalization in Ethiopia. Often seen as existential threat to the ruling elite, they remain natural targets of government suppression. Membership in Oromo ethnic groups amount to a support for outlawed opposition groups. Unfortunately, successive Ethiopian rulers have failed at making allies with the Oromo – thus making enemies of them.

Human rights abuses, extraordinary renditions, imprisonment without due process of law, etc. are all too familiar to Oromos in Ethiopia. The most frequently cited reason by Oromo migrants for fleeing Ethiopia is fear of persecution or death. In an internal study conducted last year on the plight of Ethiopian refugees in Hargeisa, 75 percent of those surveyed stated political reasons while 15 percent claimed ethnic discrimination and 10 percent blamed economic hardships as the main reasons for fleeing Ethiopia.

These migrants leave their homeland hoping to find a safe refuge in neighboring countries–but usually the opposite happens. In neighboring East African countries and places like Yemen, Oromo refugees are often seen as economic migrants making disingenuous claims of ethnic discrimination and oppression to get resettled in western countries — a condition that leaves many stuck between a rock and a hard place.

In the last few years, a number of Oromo refugees have been denied asylum and deported from Sudan, Egypt, Somaliland, and Kenya. For most of them however, given the circumstances that brought about their forced departure in the first place, chances of returning to Ethiopia under the current conditions are slim. Following the controversial 2005 elections, the political space in Ethiopia has tightened. In 2010, the ruling party furthered strengthened its grip on power by declaring itself winner with 99.6 percent amidst an emergence of a bolder opposition.

In its eighth edition of the annual “Failed States Index,” released on Jun. 18, Washington DC-based think tank, the Fund for Peace, ranked Ethiopia the 17th most failed state. Accordingly, Ethiopia slid backwards, from ranking 20th in 2011, showing poor performance among other indicators in meeting mounting demographic pressures. The country also ranked high in other indicators including rise of factionalized elites, human rights, uneven development and massive movement of refugees and internally displaced persons.

Dubbed the fastest-growing non-oil economy in Africa, Ethiopia faces issues of uneven development and increased rural-urban migration. In its efforts to diversify revenue and attract foreign investment, the Ethiopia government is accused of displacing locals to make ways for commercial agriculture, leasing massive swath of land to foreigners. All these factors, coupled with high unemployment and soaring inflation, has driven many out of the country in search of a better life elsewhere, including places like Hargeisa.

The Exodus: Facts and Figures

According to the non-profit, Danish Refugee Council , in 2010, the UNHCR reported that 34,509 out of a total of 53,487 registered arrivals in Yemen were Ethiopians. Although only 1 out 25 Ethiopian arrivals are registered with UNHCR, they far outnumber their Somali counterparts, and constitute more than two-thirds of all new arrivals, the group said.

According to the report, while some Ethiopians arriving in Yemen are economic migrants, a “significant percentage fall in a grey zone that involves elements of economic migration brought on by political and economic oppression,” – a legal limbo which leaves many without any protection and often leading to abuses in the hands of Yemeni authorities and locals. The lack of international protection has allowed for the abuses meted out toward hapless Oromo refugees to occur, despite their repeated desperate plea for international intervention. Of the Ethiopian migrants registered in Yemen, 47 percent are Oromos, and thus, the brunt of the brutality and misery refugees face in Yemen is borne by Oromos. (*See videos on Oromo refugees in Yemen. Caution: Very Graphic.)

From Hell to Hadramout

An old Yemeni saying, Min moot la Hadramout, or in English, from hell to Hadramout captures the essence of life for Oromo refugees in Yemen, bearing with worse than even Ethiopia’s hell-like conditions.

Understandably, the poorest of all the Gulf nations, Yemen has its own economical and social issues exacerbated by the recent political standoff. Since the onset of the Arab Spring last year, Yemen has become a war-zone with protracted fighting between Islamist militants and Yemeni army , constant clashes between police and protesters in the capital, Sanaa, the influx of internally displaced Yemeni people, and the aggravated humanitarian situation as a whole. Caught in the midst of all this mayhem, Oromo refugees have found themselves in a grave situation. In March, IRIN reported the torture and kidnapping of several Oromo migrants for ransom, and that in some cases, criminal gangs raped both women and men.

Ranked 13th on the Failed States Index, Foreign Policy’s Elizabeth Dickinson says, “It’s difficult to think of a country that is failing more spectacularly than Yemen.” In part, this explains the lack of concern thereof for the plight of hapless Ethiopian migrants. This fact is not lost on the migrants either, where Yemen serves only as a pit stop whereas the ultimate destination for these rugged travelers is often the oil-rich Gulf States or Europe via Turkey.

These accounts of life for Oromo migrants are but the tip of the iceberg. The data only tells the story of a fraction of Oromo refugees who make their journey across the Red Sea leaving out those that cross the Mediterranean into European shores — and many others who languish in refugee camps throughout the Horn of Africa.

However, many migrants go no further than the Middle East, often working as illegal and domestic workers doing menial jobs. The façade of luxury, grandeur, and the good life these countries portray hides the ugly truth that migrants, especially those with darker skins, are not welcome in the Arabian Peninsula. Unfortunately for these hopeful migrants, who are absent of options for a better life and freedom, the truth never dawns on them until it is too late.

Domestic workers in the Middle East

There has been a flurry of reports about the abuse of maids throughout the Gulf States in the hands of their employers and host families. Ethiopian migrants, suppliers of cheap foreign labor, have told accounts of not only abuse, but also being victims of arbitrary arrests and long detention without any formal legal process.

The tragic story of Alem Dechassa , an Oromo housemaid tortured in Lebanon to the point where her only escape was to take her own life, illustrates the worrisome situation of migrant workers in the region. Constantly abused by her employers, the tipping point came when Dechassa approached Ethiopian embassy officials seeking help to only be forcibly taken away by her employers and humiliated in public while cameras rolled on. There are many like Dechassa whose stories are yet to be told. But the sorrowful end of Dechassa’s life goes to show how the promise of life abroad for many Oromo migrants is but a misleading mirage.

What can be done?

It is clear that the root causes of Oromo emigration are the disparity in the quality of life and lack of freedom in Ethiopia. Fed up with a history of oppression, injustice, and genocide that continues unabated, Oromos are now seeking a better life elsewhere. Oromo organizations, like the OLF, established to fight for the advancement of Oromo rights, have failed to overcome mediocrity in leadership and organizational weakness to address their people’s grievances. Conversely, the Arab Spring has brought swift, albeit incomplete, changes for those willing to withstand the writ of a dictator, while the Oromos have patiently been waiting to see the light of freedom for more than 100 years.

But the time has come for Oromos to break the current trend by seeking newer, better alternatives to address this chronic problem, for the most integral part of the Oromo dream – be it full independence or forging a voluntary union with the rest of the Ethiopian people – is to be there when duty calls. One is never given his/her rights by being silent, but only by demanding it. Struggle and sacrifice is the only way Oromos can break the yoke of servitude and end the misery they suffer, everywhere.

The Oromian dream is waiting to be realized and it will be, but only in Oromia — neither the Middle East nor in countries like Somaliland.

*Magarsa Mukhtar is an OPride Intern based in the Horn of Africa. Mukhtar will be writing an op-ed column on the plight of Oromo refugees, Oromo-related issues in general as well as other events in Ethiopia and the Horn of Africa. He can be reached at moomeqamar@gmail.com.