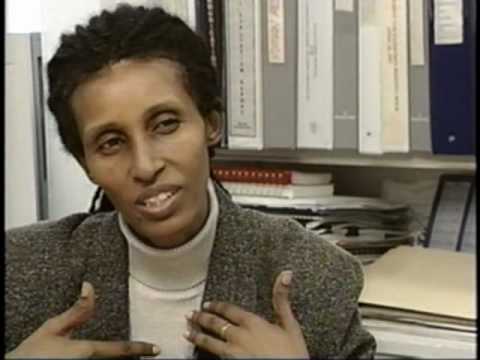 I have removed myself from Oromo politics for a long time. I have refused to hear or read anything on the topic. This past week, someone emailed me a blog on the so-called Top 14 Ethiopianist Trojan Horses in Oromo National Struggle. I did not look for it but OMG was it ugly! How revolting! It reminded me of the Dergue regime’s Meglecaa.

A bit of bad history is repeating itself here that is worth sharing. In late 70s, every now and then, Mengistu Hailemariam’s Dergue used to give meglecaa over state-controlled media after summarily executing a bunch of people. A list of names and pictures of those executed came on TV and newspapers, along with a brief description of their so-called counterrevolutionary activities. The Dergue meglecaa was a justification and legitimation of the summary execution of those it labeled as Tsere-Abyotenyoch [counterrevolutionaries].

When I saw the list of names and pictures on this blog, I sat down and wept. It has been over 30 years since the meglecaa but we have not learned from those terrible times. I don’t know the author of this blog but it is not hard to see the same meglecaa mindset. And it is not hard to imagine the summary execution if they had the power. The Dergue grabbed those who did not agree with its politics from various groupings, executed them, and used meglecaa to let the Ethiopian people know ‘their’ enemies. This blogger grabbed those who did not agree with his/her politics from various ages and affiliations, listed them [as if for execution], and used the blog to let the Oromo people know ‘their’ enemies. But I wonder who speaks for the people?

As an Oromo saying goes, nami jawwee arge maagaa dheessa [one who saw a python recoils from an earthworm]. The size and ferocity may be different but there is a pattern in those same slithering movements in both the python and the earthworm.

Oromos! If we don’t have anything positive to pass onto our younger generation, at least let us shut up. Let us not burden them with the ugly baggage of our generation. Let our resourceful young people chart their own paths. May Waaqa save us from ‘my way or the highway’!

*In spirit of moving forward and per the urging of “Concerned Oromo Individuals”, who have stepped in to calm the controversy generated by OPride’s View Points feature, we have unpublished our December editorial: “Oromummaa is not a false flag pin.” We received numerous feedbacks (positive and negative) since this controversy began. As we countdown to 2013, we hereby share this advice from Dr. Kuwee because its message, we hope, resonates well with all Oromos.