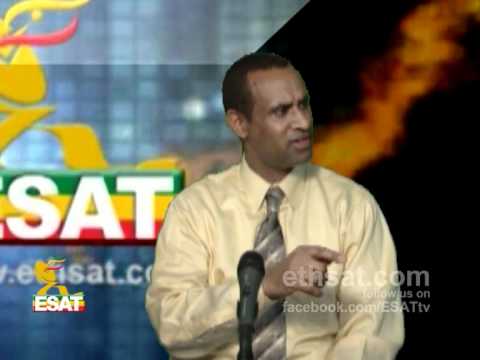 The birth of Oromo Democratic Front (ODF), a new Oromo political party, last month has stirred so much controversy among Oromo and Ethiopian blogosphere.

While the announcement received mixed reviews from Oromo nationalists, the reception from Ethiopianist groups has largely been positive. But there were also those who jumped on the opportunity to attack and delegitimize the Oromo struggle.

One of those is the Ethiopian Satellite Television (ESAT). Established in 2010, ESAT markets itself as the first “nonpartisan and independent media outlet” committed to “accurate and balanced news and information” in promotion of “free press, democracy, respect for human rights and the rule of law in Ethiopia.”

However, ESAT’s slanted and divisive coverage of Oromo affairs so far tells a different story, one lacking any shred of journalistic and professional ethics.

The re-articulation of Oromo narrative, often in protest of a forcibly imposed Ethiopia unity, has followed an eccentric path. Historians and writers, of all persuasions, have tried to tell the Oromo story at different times. There are two common threads to all of them: lack of understanding of Oromo people’s history (by foreign writers), and deceitful and blatant racism (of most Ethiopian writers).

ESAT’s misrepresentation of Oromo political affairs, often with contempt, is but a contemporary example of a long held practice of premeditated “media” bias against Oromo. The recent hyperbolic and anti-Oromo coverage intensifies this pronged assault against our national struggle for freedom and equality that is part of the quest to redress similar historical injustices, social discrimination, and economic exploitation.

The April 7, 2013 segment of ESAT’s Ye Ehud Weg, a terrible attempt at analyzing the evolution of ODF, thereby the Oromo struggle, epitomizes irresponsible and fabricated journalism, and corroborates ESAT’s previous stances on Oromo affairs beyond its lofty pronouncements.

Throughout the circular episode, the anchor Dereje Desta tried to lie and distort the facts about Oromo struggle in Ethiopia and events that led to the formation of ODF, even after repeated fact checking from his colleagues Sisay Agena. Instead of accepting the corrections offered on the air, Desta resorted to fabricating the usual mythical storyline advanced by pro-unity scaremongerers. Their tactics, as repeatedly deployed by ESAT, includes posing as vanguards of Ethiopian unity to ridicule Oromo leaders, suggest that “nationalists” are chameleons who cannot be trusted, and that the Oromo struggle has become irrelevant.

In this regard, ESAT displays unlimited media animosity towards the Oromo people. Every opportunity the outlet gets to cover Oromo events; they have done so in a negative light. For instance, few weeks back following an election OPDO central committee members, the outlet offered a slanted coverage claiming that the party was divided along tribal lines – and assigning borderline offensive names to some Oromo tribes. When it comes to Amhara and its official party line affairs though, I have long noted this revealing paradox.

There are several explanations why ESAT does such deranged journalism. The most obvious among those is ESAT journalists’ and their ardent supporters belief in the bygone Ethiopia, a false sense of unity, feeling of entitlement to truth, and resentment against those presumed to be outside of those preconceived narratives. But the contempt in the recent episode seemed bizarrely personal for Desta, the politico who was posing as independent journalist, displaying a mutually reinforcing vindictiveness and groupthink, and an unrelenting and virulent hostility toward Oromo, which has become a commonplace across the network.

Then there is the ideological cause for right wing pro-unity crowd. Nothing delights ESAT and its core supporters more than the dismantlement and wipeout of the Oromo movement while pretending that it is their brave stance in defense of all peoples’ rights. That mindset essentially gives so many of these self-proclaimed journalists the right to assault Oromo and its sovereign rights. ESAT’s programs attest to the networks unreserved allegiance to and unfailing faith in the old feudal institutions of power.

Dereje Desta’s recent insinuations include the Oromo struggle is outdated and illegitimate as time has very much changed since the inception of OLF, and that the geopolitical situation of Oromo people in Ethiopian empire has improved. He further asserted that the language of Ethiopian federal system adopted by ODF was nothing new. The ODF program is nothing more than an internal change of heart for the leaders, and a late one at that since the Ethiopian people have long rejected ethnic politics.

It is worth noting here that the current constitution of Ethiopia came about during the transitional charter in which OLF was a junior partner with TPLF. It is ESAT’s and its like’s viewpoint that OLF’s participation in the transitional charter is nothing but to passively accept Ethiopian unity, and some ministerial positions. ESAT willfully denies that colonial domination still exists in Ethiopian governance system.

In closing, the enduring conflict and crisis in Ethiopia has its roots in the colonization of the Oromo and other people in the empire. A purposeful misrepresentation of Oromo cause is ESAT’s desire to rebrand the Habasha hegemony, this time under the banner of independent media. The network has no other intention than using the platform to sustain and perpetuate their inherent bias toward Oromo movement. Regardless of whether one agrees with ODF manifesto or not, in my view, it is problematic to passively accept their narrative and old biases repackaged as a piece of journalism. It is even more problematic to welcome such flagrant misrepresentation of Oromo people’s just struggle in our opposition to ODF.

Related: Geresu Tufa on ESAT and Ethiopia’s politics of denial

*Leta T. Bayissa is a graduate student at the University of Neuchâtel in Switzerland. He can be reached at lbayissa@yahoo.com. The views expressed in this article are the author’s own and do not necessarily reflect OPride.com’s editorial policy.