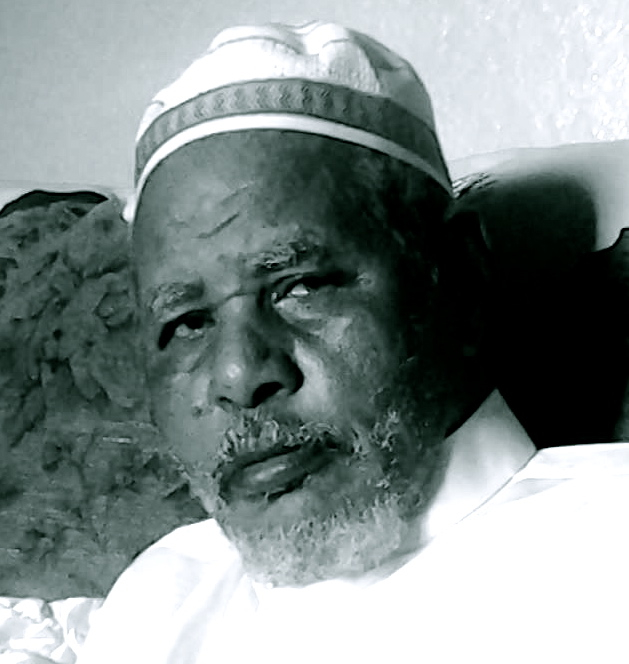 Dr. Sheikh Muhammad Rashad Abdulle, a noted Oromo scholar, expert in Oromo and Somali languages and researcher died on May 25, 2013 in the city of Dire Dawa, Ethiopia. He was 79.

He has been battling an undisclosed illness for sometime.

Sheikh Muhammad Rashad, who translated the holy Quran to Afan Oromo, was mostly known for his captivating narration and translation of Quran and Hadith from Arabic to Oromo. Born in 1934 to Oromo parents in Eastern Oromia near Jarjare village, Sheik Muhammad Rashad studied in Syria, Saudi Arabia, and Egypt, according to his autobiography published online. His father, Kabir Abdulle Kabir Mummaya Umar Jarra Jiloo Dirba Aleloo Mayyuu Limmoo was a farmer and Imam, according to the short biography.

After studying Quran at a local madrasa, the only son of 6 siblings, the young Rashad went to Hirna, Fadis, and Harar towns for further studies. Frustrated by mistreatment of Oromo people by feudal landlords and determined to make the Hajj pilgrimage, Dr. Rashad left Harar in 1951 for Mecca through Jijiga and Zeyla arriving overnight on foot in Djibouti, which was then a French protectorate.

Along with four others, Dr. Rashad was then smuggled across to Yemen nearly escaping death when the owner of a boat they contracted dropped them off near a shore because they didn’t have a proper passport. After three months of treacherous walk across Arabian Desert barefoot, at times without food, Dr. Rashad reached his destination in Mecca with his nephew Ismail Ali later that year. In 1952, after a brief stint working as a daily laborer in Medina, making the Hajj, and visiting prophet Muhammad’s grave, Dr. Rashad went to Oman, Jordan to study the Quran. Upon visiting Kaaba, one of the most sacred sites in Islam, Dr. Rashad wrote about praying to Allah to grant him knowledge so that someday he could help spread Islamic teachings to his homeland.

From Oman he walked to Damascus, Syria where he later studied Islam and Quran at Madrasat Fathul`Islami, according to his biography. While at Fathul`Islami, Dr. Rashad studied Hadith and Fiqh with other scholars of Ethiopian origin including Abdullahi Muhammed Harar, a scholar behind the controversial sect Al-Habash. In a press statement last year, Dr. Rashad acknowledged knowing Sheik Abdullahi but denied having any connection to the Al-Habashi indoctrination campaign ongoing in Ethiopia.

After six years of studying, teaching Quran, and working as Imam at various mosques across Syria, Dr. Rashad went to Egypt for advanced studies, he wrote in his autobiography. When he finished a postgraduate program at Al Azhar University in Cairo, Dr. Rashad graduated at the top of his class receiving Honors Medal from President Gamal Abdel Nasser in 1962. He was then appointed by Al Azhar University as officer at their Burao branch school in northwestern Somalia in 1963.

While working for Front for Somali Galbeed as a communications officer and youth coordinator, Dr. Rashad convinced Somali authorities to open a radio program in Afan Oromo. Along with Oromo exiles including martyred journalist Ayub Abubakar, Dr. Rashad worked with Radio Mogadishu’s Arabic and Afan Oromo programs from 1965 – 1984. Later he was commissioned and sent to Saudi Arabia and Kuwait to study the history and expansion of Islam to the Horn of Africa.

After completing his assigned research, Dr. Rashad remained in Saudi Arabia fearing reprisal from Ethiopian authorities for his work on the radio as well as the development of Afan Oromo. While living in exile in Saudi Arabia, Dr. Rashad continued to write, translate, and publish historical and spiritual books in Oromo and Arabic.