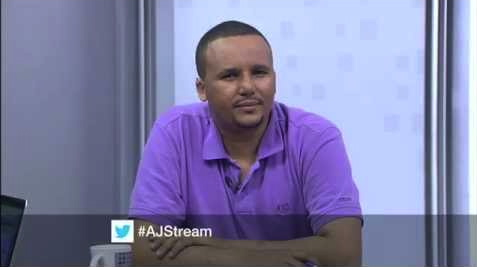 The political tsunami caused by Jawar Mohammed’s comment on Al Jazeera’s The Stream — ‘I am an Oromo first’, and ‘Ethiopia is imposed on me’ — provides us with a unique and revealing insight into the moral parochialism and ethical deadlock that pervades our political imagination.

Many moved too quick and jumped too fast – seeking to obliterate the political stature of the man they lauded as ‘progressive’ and ‘visionary’ not long ago. Their love affair with Jawar came to a sudden halt with his declaration of loyalty to his ethnic subjectivity, as opposed to his Ethiopian subjectivity. Their objection is not merely against Jawar’s specific claims but on the overall enterprise of why the question of ‘Oromo’ was discussed, and why at this time.

How should I interpret these multi-polar exchanges that seem to traverse the spheres of politics, and affect thought and reflection? How can I avoid playing into the existing political fault lines – the politically disarming essentialism of Ethiopiawinet and the hyper-coding of ethno-nationalism?

What does the notion of Ethiopiawinet — a master-signifier central to the political storm — signify and how did it come to have the kind of political reality that it has? Allow me to take a bit of a detour here to establish my point. In his ‘history of the present’, French philosopher Michel Foucault says: “history had never been anything more than the history of power as told by power itself, or the history of power that power had made people tell: it was the history of power, as recounted by power.” History as an index of power, and as an operator and reinvigoration of the hegemony of a particular group.

I think those who met Jawar’s response with such utter surprise and outrage are those dazzled by this magical function of history. This history weaves the heterogeneity, indefiniteness, and complexity of the country’s past into a coherent narration. Key events and moments in the nation’s history—stories of origin, war, victory, conquest, occupation, pillage, dispossessions, marginalization, etc—becomes discursive formations tied to power, force, and law. These dissymmetries were coded and inscribed into juridical codes, laws, and institutions- providing Ethiopiawinet the kind of truth that it now has.

Disregarding the vulgarity that has been so ubiquitous, even the most sophisticated of replies take a similar and predictable pattern: Ethiopiawinet is a kind of reality with a deeper meaning and therefore goes without saying. In a short genealogical excavation of Ethiopia’s essentialist historiography, Semir Yusuf offers a trenchant critique of the mainstream history of modern Ethiopia. He provides an interesting insight not into the truth of history but the formation of truths and the system of meaning they constitute and circulate.  They overlook the ritual inherent to that concept, the deployments made of it, the re-appropriation to which it is subject, the erasures it inflicts, and the claims it seals and keeps inaccessible.

I suggest that we conceive Ethiopia as a creation of a grand historical narrative and Ethiopiawinet as an ideology. Ethiopia, like the United States, Great Britain, France, Kenya, or any nation for that matter, has crafted beautiful lies of its own aimed at creating a ‘historical knowledge’ that serves as a weapon of power. Ethiopiawinet, like American-ness, British-ness, Scottish-ness, and Oromumma is an ideological construct. Both as an imaginary and symbolic form, it has no preemptory force that gives claim to truth and rationality.

In Ethiopia, however, historical knowledge was installed in a rather invasive way, in a totalized and totalizing way, eliminating every form of counter-narrative from circulating in the social body. Because of this exclusive access to narrative production, Ethiopiawinet has come to inscribe itself not only in the ‘nervous system’ of its subjects but also in the temperament, making people believe that there is a hidden truth to this beautiful lies and myths. As a result, Ethiopiawinet became a ‘master signifier’, as psychoanalysts would say, and came to signify something pure and superior.

For those who embraced the category without questioning its constitutive logic, it is a fixed, stable, and preemptory category that signifies something divine and unadulterated. It is perceived as something absolute, eternal, and immutable, an ontological form that has its own intrinsic reality. I think it is precisely this ontologization of an ideological category that explains the fury of Ethiopianists. They don’t recognize that the truth of Ethiopiawinet is a making of our own, which is not independent of social system and power relations. In their refusal to recognize the right of an Oromo to give an account of himself in his own terms and the unassailable sense of correctness that accompanies this refusal explains just how embedded and symbolic this ideology is.

For others, it is a depoliticizing category that mutes differing articulations of identity, commits historical injustice, and conceals the battle cries that can be heard beneath the rhetoric of national unity. By muting an expression of loyalty with the subject positions that power uses but deliberately and systematically misrecognizes the dominant articulation of Ethiopiawinet depoliticizes other identity categories. By depoliticizing other identities, it silently erases the injustices perpetrated against these subjectivities.

By refusing to embrace this type of Ethiopiawinet, by proclaiming his loyalty to Oromumma, Jawar is attacking the hinge that connects ‘historical knowledge’ of Ethiopiawinet to power. It is not a denial of his Ethiopian identity but a displacement, and an attack on an exclusionary conception of Ethiopiawinet that is deployed as a weapon in political struggles, and one that does not recognize the right of people to be called by a name of their choosing. If there is any right of people, it is the right to be called and identified with the name they want. The refusal of Ethiopianists to recognize the voices of others reveals a play of power at work in every invocation of this concept.

Read the full blog at: https://awolallo.wordpress.com/2013/07/19/are-you-oromo-first-or-ethiopian-first


*The author, Awol K Allo, is the Lord Kelvin Adam Smith scholar at the University of Glasgow Law School, UK. Previously, he was a lecturer in law at St Mary’s University College, Addis Ababa, Ethiopia.The opening paragraphs of this article were modified to meet OPride’s editorial style with permission from the author.