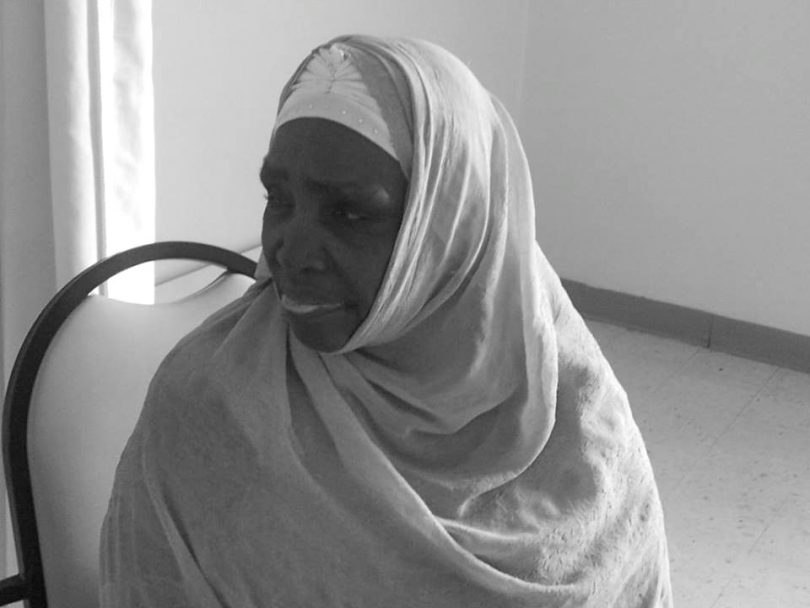 (OPride) – “I am a Muslim,” began Halima Qancaro, a distressed Borana woman now in her 70s, two days after she spent the Eid-ul-Fitr festival marking the end of Ramadan holed up, alone, at a nursing home in uptown Chicago.

She had no visitor. She did not pray the Eid Salat. Or even have a decent meal for the occasion.

Halima was born and raised in the western periphery of the Borana land, Tertale, in southern Ethiopia. Like most Borana women of her age, Halima did not attend school. As per Borana custom, she married an older man at an early age.

But a bright and hardworking woman, Halima led a decent life in Tertale. “She was among a few Borana women of her time that overcome a challenge of urban life,” said a Minnesota-based Tertale woman who knew about Halima’s fame.

However, her marriage was not without difficulties. “Since I was unable to have a baby,” emotional Halima recalled, “my husband did not like me.” He favored other wives over her while the other women also looked down upon her.

“My relationship with my husband began to change,” said Halima, as sadness pervades her face. Her husband grew abusive, insulting, beating, and calling her “maseena” (an impotent woman). “One evening he beat me harshly,” said Halima staring at the floor, as if she was shy or ashamed, and asked me if I could write a book about her story.

After crying the whole night, Halima decided to escape to an unknown land to get away from her abusive husband. She left all her belongings behind and went to Kenya. In Kenya, Halima lived in the Kakuma refugee camp and for sometime refused to immigrate to the west, everyone’s dream in that corner of the world. At the camp, she learned Swahili and some Somali. She settled near the camp and started a new business raising goats and sheep. She sold milk to refugee populations – earning her a popular nickname Haadha Re’ee – meaning a goat owner.

Halima recounts with pride giving away goat milk for free to refugees who could not afford it. Soon she became prosperous again. In late 1990s, cattle raiders from the Turkana tribe attacked her village in Kenya and looted all her livestock.

Overnight, Halima lost all her goats, but her nickname Haadha Re’ee remained intact. Halima became poor and destitute again, this time in exile. Generous as she was toward others, a friend at the Kakuma camp advised Halima not to refuse resettlement. She came to the United States in 2006, then in her 60s. The entrepreneur Halima thought about someday owning a business in Chicago, where she was resettled. She began exploring business opportunities while also attending adult English language classes. She eventually fell ill and abandoned her business dreams.

In 2010, Halima became very sick. She has no family member or relative in the U.S. Unable to live on her own, Halima was taken to a nursing home on Lawrence Street in a middle-income Chicago neighborhood. At the nursing home, where she now lives, no one speaks her language or follows her religion, Islam.

Despite these challenges, Halima remains positive and resilient. When I visited her at the nursing home last Sunday, she seemed emotionally and spiritually transported back to Oromia, her native land, from which she runaway so long ago.

She was very interested in hearing stories about home. She was engaged during my visit Sunday afternoon and asked a lot of upbeat questions. Her memories of place and the Borana culture, now distant both in time and space, were very sharp and her wisdom immense.

Halima’s is a story of exile and displacement, heartbreak and separation – from home and also loved ones. It is also a story of a tragedy, albeit one inflicted on her by old patriarchal custom and men who still cling to them. Through this story, we can see the sufferings and neglects of Oromo seniors in the diaspora, and the status of our communities. It also shows the need for building stronger community organizations that can help our people, seniors and new comers, cope with new place and culture. Beyond a communal duty, visiting Halima is a great opportunity for anyone interested in learning about Oromo people and their rich tradition. Halima understands the power of telling one’s own stories, that’s why I think she wanted me to write her story – even of her trials.

“I miss my goats, their dung and milk, the trees, rivers, and mountains in Borana,” Halima told me, fighting back tears as she uttered those words.

She likened her new life at an American nursing home to “mana wankii” – an Oromo for prison house – except that she is not chained.

*The writer, Kadiro A. Elemo, isa Chicago-based author.His new book, The United States and Ethiopia: The Tragedy of Human Rights, is now available on Amazon. Those interested in visiting Halima can contact Kadiro at k.elemo@yahoo.com.