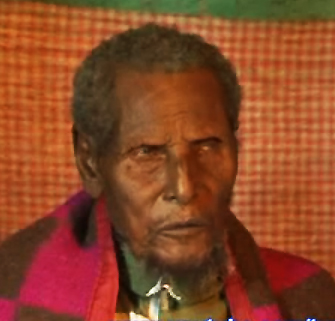 (OPride) – At an estimated 160 years of age, Dhaqabo Ebba, a retired farmer and well-known community elder from the Oromia region in Ethiopia, could be the oldest living person ever.

In an interview conducted by the state-run TV Oromiya and published online on Aug. 12, 2013, Ebba — who has no birth certificate to prove his exact age — says he has lived through and witnessed a transfer of power among all of the five Gadaa Oromo political parties in four rotations.

As per the Gadaa system of government, a democratic socio-political institution of the Oromo people, one Gadaa leader serves for a period of eight years. There are five Gadaa parties within this system among which leadership rotates. If Ebba had indeed lived through four such rotations, that makes him at least 160 years old. The average life expectancy in Ethiopia is 60 years, according to the CIA’s World Factbook.

It would be impossible to establish Ebba’s age as birth takes place at home in rural Ethiopia and the majority of Ethiopians still do not own birth certificates. “When Italy [first] invaded Ethiopia [in 1895], I had two wives and my son was old enough to herd cattle,” Ebba tells the reporter in Afan Oromo, the Oromo language, at his house near Dodola town.

There are no living witnesses to corroborate his story. “Not even one of my peers is alive today,” says Ebba.

However, Ebba who claims to have the largest extended family in the area has seen his great-grandchildren grow up. And he is by far the oldest known person in the area.

Ebba lives in a one-room house constructed by tightly woven bamboo poles which are intricately fastened together. Its corrugated metal roof, clinched together with nails, covers a cleanly swept dirt floor where Ebba and neighbors were huddled together for the interview.

According to Guinness World Records, Jeanne Calment of France, who died in 1997 at 122 years and 164 days, is the oldest person with a verified age. Earlier this month, the Associated Press reported, Bolivia’s Carmelo Flores could be the world’s oldest manat 123 years.

If true, Ebba’s story may change that.

Born sometime in the 1850s, had there been better communications, Ebba would remember the Berlin Conference of 1884 that set the stage for European colonization of Africa. Within the context of Ethiopian history, he was born before the conquest of Oromo country by Abyssinian invaders. In his own account, Ebba has lived under the reigns of at least seven Ethiopian rulers starting from Emperor Yohannes IV to the current regime, the EPRDF.

The Oromo are Ethiopia’s single largest ethnic group, estimated at 40 percent of the total population. Largely marginalized, they fought against all seven rulers that Eba has outlived during Ethiopia’s imperial expansion to the south from its northern highlands.

During the 30-minute interview, Ebba recalls life under previous Ethiopian rulers — and notes a relative improvement for his community under EPRDF, particularly in areas of road transportation and telecommunication. He says in his generation it took eight days on horseback to visit Addis Ababa, Ethiopia’s capital, some 240 kms away from his village.

Today, it only takes a couple of hours.

Ebba speaks with a firm, articulate voice while recounting his life story. He may no longer be able to see but his memories of historical facts seem sharp. As the local journalist noted at the end the interview, given that the Oromo like many African cultures are an oral society, “each time an elder dies, a library is lost.” Ebba’s is one such library from which much can still be preserved. 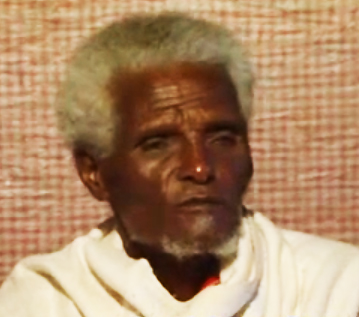 It is indeed remarkable that Ebba’s eldest son Hamid Dhaqabo could not chew Qorso — a local snack made by roasting barley seeds — while Ebba, who has his full teeth intact, had no problem doing just that.

“I can eat sugarcane [by chewing] all I want without any problem,” Ebba proudly tells the reporter with a firm voice.

Locals, who acknowledge mistaking father and son, tease Hamid for aging faster than his father given his white hair and lack of teeth. A point he begrudgingly concedes with a forced, toothless grin adding: “God took them all away.”