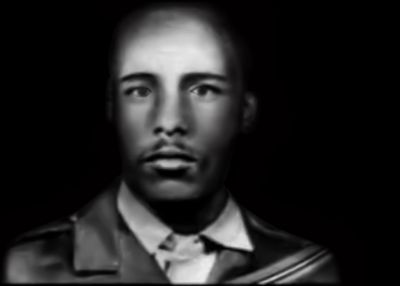 (OPride) – The history of the Oromo people, Ethiopia’s single largest ethnic group, is marked by socio-political oppression and a continuous resistance against it.

Every Ethiopian ruler, especially starting with emperor Menelik II, has devised systematic campaigns aimed at making the Oromo aliens in their own homeland, impoverishing millions by expropriating their land, and denying them the most basic human rights.

The Oromo, in various locales of Oromia – the Oromo country –have also put up powerful resistance at different times. The modern Oromo movement evolved from loosely organized local resistance(s) such as the Bale Oromo movement, the Macha Tulama Association, and the Afran Qallo musical group to name just three – culminating with the formation of a pan-Oromo movement, the Oromo Liberation Front (OLF). However, there were also several other popular movements against imperial Ethiopia and its social injustices, albeit less known even among the Oromo or sometimes erroneously misconstrued as economic or social banditry (shifta).

Agarii was born and raised in Salale, Central Oromia, near, as they call it, Leman Selassie. Born to poor farmers, the short and light-skinned Agarii grew up witnessing the Oromo people’s serfdom and their mistreatment in the hands of feudal landlords. Following his father’s untimely death, Agarii, who never set foot in school, began working as a serf at a very young age for the local landlords. He started his service first as a herder and later worked in the farm for landowning bourgeois, including some who were Oromo.

He soon began rebelling, although then only a young teenager, against Haile Selassie’s absolutist rule which ruled under the banner of Conquering Lion of the Tribe of Judah, King of Kings of Ethiopia, Elect of God. A great swimmer and an avid climber, Agarii knew that the Salale mountain range was conducive for resistance and the Salale Oromo had had enough of the feudal lordship imposed upon them. But he also understood that he needed some sort of military training and began devising strategies to acquire it. Subsequently, Agarii joined the imperial army in early 1950s, while he was in his late teens, and received military training – quickly becoming an armed bodyguard at the imperial palace in Finfinne (Addis Ababa), Ethiopia’s capital.

Salale is home to the five clans of the Bacho Oromo tribe: Warab, Metta, Darra, Bacho, and Borana, according to Tigist Geme who conducted an ethnographic study in the area. Several Bacho subclans including Urru, Garasu, and Wajjitu also stride Salale particularly the districts of Garba Gurracha, Abote, and Goha in the North Shewa zone of Oromia region.  Following the conquest of Oromo land in the second-half of 19th century by Menelik II, Geme writes, “the Salale Oromos scattered around the Ethiopian ‘Diaspora’ uprooted from their original home.” In this context, the Ethiopian diaspora refers to areas where the Salale Oromo were forced to resettle within Ethiopia but outside of the Salale proper, according to Geme.

Although the name Salale is sometimes used interchangeably in reference to both the people and the place, the etymology of the word derives from a mountain found west of the Dagam town, Geme explains in her book length thesis, the Themes and Patterns of Traditional Oromo Marriage Counseling.

The Salale Oromo practice mixed farming by dividing their livelihood between growing crops and rearing livestock. Like other Oromo tribes, the Salale were once followers of Waaqeffannaa, a belief in a monolithic God they call Waaqa or Waaqayyoo. Today they are largely Orthodox Christians. However, Geme observes, even among the Christian populations, Waaqa serves as “a point of reference in every aspect of the Salale day-to-day life activities deemed as religion, worldview, and social and moral order.”

“Children are told not to swear by Waaqa when they know they lie. Waaqa is believed to be Dhugaa (True), hence ‘Dhugaa’ is a word of swear to show one is ‘True.’”

Salale is also home to some of the most decorated Oromo freedom fighters. General Taddesse Birru, Agariii Tullu, Hirko Tullu, Bekele Badhadha, Badhadha Dilgassa, Taddese Hordofa, Bekele Gurre, Assefa Sharo Lami, Mulu Wossenu, and Tullu Gamada hail from Salale, to name but a few. Natural warriors, the Salale are known for their Shimala/stick – which is used for fighting – horse riding, and heroic songs of resistance.

Absent the political channels to express societal grievances against an oppressive state, the Oromo, in all parts of Oromia, have over time developed distinct resistance music in the form of a folksong called Geerarsa.

But the Salale popular songs of resistance are peculiar not only in their subtlety but also abundance. An embodiment of the Salale life, resistance songs are at once a communal act – a statement of protest against oppression – as well as a tribute to their gallant heroes. That is why today one can easily find endearing songs for generations of Salale leaders who resisted feudalism like Agarii Tullu and his contemporaries.

The heroic deeds of Salale resistance leaders are told and passed down to generations through folk songs and stories of their bravery. As a weapon of their struggle, the lyrics evoke sadness, dislocation, internal migration, a crippling nostalgia about home or the loss thereof, and diasporic life.

When the Salale were forced out of their fatherland, “they moved along with their cattle on the long journey to Bale and Arsi for months and to other regions they thought relatively harmless,” according to Asafa T. Dibaba .

“The flight was a fight for the Salale, a passive resistance they practiced almost throughout the successive Ethiopian regimes signings such songs of flight:

she delivered at dawn on the road

or toward the crack of dawn

I missed my Father Land

because of you oh, naftenya

my Fatherland I was born to own and to protect.”

While working as an imperial bodyguard in the capital, Agarii met other Salale Oromos he knew from his youth, including General Tadesse Birru. He eventually joined the Macha Tulama association, a civic organization formed primarily to fight illiteracy and build rural roads. After partaking in the 1959 coup attempt orchestrated by Tadesse Birru, Agarii – now armed with military tactics and a gun – took matters into his own hands and left for the Salale Mountains. His two brothers Hirko and Jima, among other Salale resistance leaders, would later join the young rebel to fight against Haile Selassie’s feudal foot soldiers.

The Salale Mountains served as a temporary hideout but Agarii soon found his way “into the people’s hearts.” Those who understood the essence of Agarii’s struggle sympathized and sang endearing and sympathetic songs in his praise as follows:

They condemned him to death

Let them cut my neck, I will die for you

Agarii was a common man, a champion of the poor, and a fierce opponent of the “bloodsucking” feudal lords, an avenger and a liberator to his people, according to Magra’s report. Setting himself apart from the rest of the outlaws, Agarii avoided theft and economic banditry, winning sympathy for his cause in whole of Salale – with the exception of those who expropriated the Oromo land and subjugated the masses.

Agarii remembered too well from his youth how the Salale were forced to flee to Bale and Arsi creating what Geme calls the Salale Diaspora, even if within Ethiopia. He wanted to prevent the expansion of commercial farming around Salale by Haile Selassie loyalists such as Fitawrari Amde Abara, the grandson of Ras Kassa, who forcibly bulldozed Salale houses to make way for his farms, according to Magra’s report.

Unable to stop the land grabs, in one of their resistance songs, the Salale appealed to Ayyaana warra – ancestral spirit – to punish the land grabbers. They sang the following chorus about Amde Abara:

why you plowed the farm on the banks

and displaced the poor?

may their ancestral spirit judge you, punish you![1]


To the feudalists, Agarii was a villain, a shrewd bandit, and a grave threat to their power and well-being. That is why Haile Selassie’s security forces scrambled to capture him for years. Later, the government put a bounty on his head offering vast farmland and firearms to anyone who could capture or kill Agarii. According to Magra, the bounty was so large that some locals searched for Agarii through Salale’s forested hills for days and months on end. Agarii then devised strategies to preempt the government propaganda and scare off the locals from following his trails.

Toward that end, one day he called a meeting of locals and repeatedly shot himself with fake bullets to the public’s amazement so as to prove that he was invincible. He even asked the people to shoot him with the same gun, and the people shot at him but no blood was spilled. He announced, “even a bullet won’t kill me.” Following that theatrical gathering, Agarii apparently convinced the locals beyond doubt that he could not die. The public began to fear him. At the height of his resistance in early 1960s, according to Magra and Dibaba, people actually believed Agarii was a demigod and said prayers, cursed, and swore in his name.

In another instance, Agarii set up a makeshift tent fashioned after a feared Jaarii – a kind of spell or evil spirit – at a local marketplace to terrify those who tried to catch him. Many believed Agarii’s theatrics and deserted the market while some local officials knew it was one of Agarii’s ploys hatched to frighten unsuspecting local folks from pursuing him.

Agarii was eventually captured by Ethiopian forces in 1962 and hanged in a broad day light in the town of Dagam along with his two brothers. The following is a popular elegy famously sung by Agarii’s mother “recounting [his] heroic exploits and exalting the ethnic hero to the level of Waaqa,” according to Dibaba:

seeing them erect a wooden pole

I thought the sky falling

seeing them tie a leather cord

your day has come, your wedding day

for Salale to sing to dance and celebrate.

Agarii might have been unjustly executed but he lived a heroic life, one that continues to inspire a generation of Oromo revolutionaries.

*Dereje Dadi Areda provided the idea for this article, additional reporting, and the audio broadcasts from Radio Oromiyaa. The entire five-week radio documentary is presented in the above video as it was broadcast on Oromiyaa Radio, with limited editing of only the transitions.