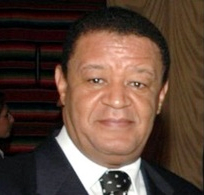 (OPride) – The results are in. Ethiopia’s rubberstamp parliament, in a joint session on Monday, approved Dr. Ambassador Mulatu Teshome Wirtu’s nomination to be the next president of Ethiopia.

As a result, the Oromo people have won the symbolic position of the Ethiopian presidency for four consecutive terms. Dr. Negasso Gidada was “elected” through similar parliamentary session in 1995 as the first president of the Federal Democratic Republic of Ethiopia (FDRE) and became George Washington equivalent for the country. Upon Dr. Negaso’s exit in 2001, Lieutenant Girma Wolde-Giorgis, also an Oromo became the John Adams of Ethiopia and served for two terms that ended earlier this week. We now have Dr. Mulatu, as the Thomas Jefferson equivalent of the FDRE.

No evidence is needed to show that the EPRDF parliament is deeply in love with the Oromo people. But before celebrating this remarkable achievement and the special privilege afforded to the Oromo people by the ruling party, EPRDF, let us examine the powers and functions of the Ethiopian president as described in Article 71 of the country’s 1994 constitution.

The president’s first job is to open the joint session of the House of Peoples’ Representatives and the House of the Federation at the commencement of their annual sessions. Once a year he stands in front of lawmakers and tells them that the new session has just opened as if they could not have figured out that on their own. That is it. His first job is done. And he is whisked back to his Palace to perform other duties.

The second duty involves proclaiming in the Federal Negarit Gazeta, the official legal publication in Ethiopia, laws and international agreements approved by the House of Peoples’ Representatives in accordance with the Constitution. This might sound as if he has to personally take a print ready copy of the Gazette to Berhanena Selam Printing Press. No, it is not like that. He simply puts his signature at the bottom of the page without reading what is written on it. Why bother reading since he cannot change it any way, right? An illiterate person can do this job without any problem. What the parliament approved is a law of the land whether the president signs it or not.

Giving award medals, prizes, gifts, and high military titles to whomever the Prime Minster has selected is the Ethiopian president’s fifth and sixth job responsibility. The seventh and final job of the president is to grant pardon to prisoners, who have already been pardoned by other people, including the prime minister.

In none of these constitutionally allowed duties does the president have a decision making power. He only performs what the Prime Minster or a third party tells him to. He has to do the job whether he likes it or not. He is completely powerless to even say yes or no to anything.

We must first ask why such a job should be given to any human being. Aren’t there better ways of using human power, and a very skilled one at that? Why doesn’t the EPRDF give the job to a robot since it does not require the ability to think? Anyone who has taken an introductory computer science class can program a robot to flawlessly perform the duties of the Ethiopian president. Therefore, the EPRDF must assign robots as presidents and spare humans the humiliation associated with the position.

Another question we must ask is why does the Ethiopian President have to be always an Oromo? We know that the president has no power but why do Oromos have to always be appeased with such a powerless position? In other words, why does the Ethiopian president have to be an Oromo First, Second, Third, and Fourth given that Jawar Mohammed did not appear on Aljazeera when all this started? Does this not suggest that the Ethiopian presidency is a symbol of Oromo powerlessness? Why are Oromos given this humiliating position all the time? Since Ethiopia is a federation of about 80 nations, nationalities, and peoples, why don’t they all share the humiliation equally?

The current practice must change so that all the 80 ethnic groups can share the position of Ethiopian presidency on a rotating basis. This would be simple and fair. Since the term of the president is 6 years, every ethnic group will assume the position every 480 years. This means no one will see a member of his ethic group humiliated by being named President more than once during his/her lifetime.

This means starting from 2019 when Dr. Mulatu’s term ends, Oromos should be given a credit of 1, 896 years (4 x 6 x 79) before being humiliated again with the position of Ethiopian presidency. Hence, no Oromo must be assigned Ethiopian president until 3915 AD.

Of course, this assuming no political change would take place in Ethiopia in the next 110 years.