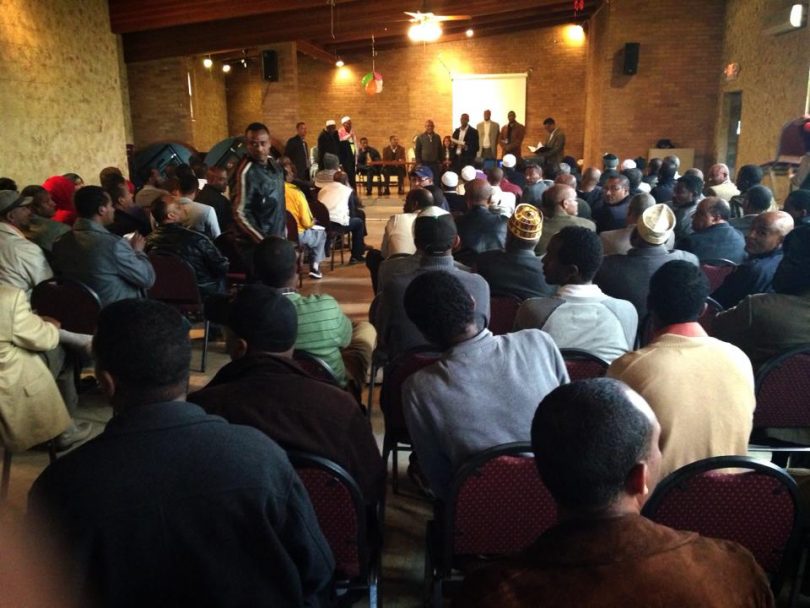 (OPride) – The Oromo Community of Minnesota (OCM) elected a new board last weekend in a successful gathering hailed as ‘historic.’

At least 300 people attended the event, according to the organizers.

Minnesota is home to the largest Oromo diaspora community, estimated at more than 45,000 people. However, despite being the largest and one of oldest Oromo community organizations in the world, in recent years, OCM has struggled to energize and rally this thriving community for its activities. The latest election is said to be ‘historic and exemplary’ for two notable improvements over previous years.

First, the current leadership is the most diverse in terms of age and gender with three young leaders and three women making up the nine member board. According to eyewitnesses, for the first time, the three youth leaders – veterans of Oromia Youth Association and the International Oromo Youth Association – have come forward to voluntarily serve their community. In the past, both the youth and women were assigned one representative each to dedicated posts named “youth and women affairs.”

Secondly, in a procedural shift from the last few elections, those contending for leadership positions in the board were asked to make introductory remarks at the gathering.

“This year’s election was a complete reversal of the previous norms,” said Falmata Bedasso, one of the three youth elected to the OCM board. “What turned the tide this year…was a short debate, where each of the nominated individuals were asked to introduce themselves and talk about their vision for the community.”

The readiness to serve their community on the part of the contestants rejuvenated a sense of unity among the attendants. The youth leaders are well attuned to the needs of the community, especially its growing youth base. This is expected to narrow the gap in understanding between OCM and its youth organ, OYA .

“The vibe I got from the community members, young and old, was a desire to change and bring in a different type of leadership that has  a clear vision for the growth and unification of our community,” Bedasso added.

The organization’s finances and ability to execute programs has also shown a turnaround. OCM currently employees four people, a major change from a year ago when OCM was struggling to maintain its lone staffer. Moreover, the organization is able to pay off the mortgage on its building making the Oromo the only African immigrant group to own it’s own community center.