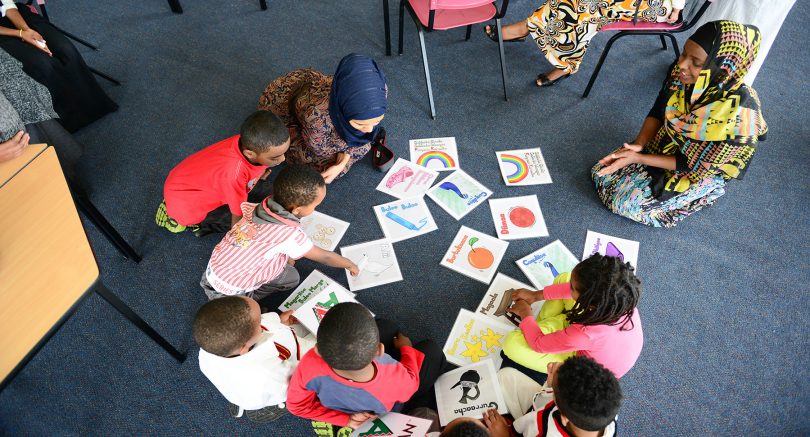 (OPride) – More than two decades after it became a working and instructional language in Ethiopia’s Oromia region, Afaan Oromo – the native tongue of over 40 million Oromo people and Africa’s fourth most widely spoken language – remains among the least developed.

The language was officially banned from use in places like courts and media under successive Ethiopian rulers roughly from the late 1880s to 1991. Its legacy is molded as much by the Oromo culture as it is by the history of torture and suppression that the Oromo people continue to face in Ethiopia. Today, however, this legacy is shaky amongst a particular Oromo demographic group: the diaspora-based youth. In the cultural chaos of generational shifts and diasporic identities, most diaspora-based Oromo youth speak very little or broken Oromo with noticeable accents.

While this phenomenon is not unique to the Oromo – a relatively new addition to the larger African diaspora around the world – one Australian Oromo woman is vowing to change this perceived sense of loss amongst the vast Oromo diaspora, one children’s book at a time.

Toltu Tufa, 27, is the heroine behind a new movement called Afaan Publications, which she describes with a tagline: a bold, new way of storytelling. Toltu’s groundbreaking campaign, which seeks torevitalize Oromo language learning, is the first of its kind to leverage modern technology to create culturally appropriate tools and children books in Qubee – the Latin alphabet used to write Afaan Oromo.

In some ways, Afaan is Toltu’s own story. Born and raised in Australia, Toltu was the first female president of the Australian Oromo Community Association in Victoria. Growing up in a biracial Turkish and Oromo household meant that learning the Oromo language was central to Toltu’s childhood.

“Even though my mom wasn’t Oromo and we lived in a foreign country – [my father] was very, very conscious that his children learned his language,” she says in a campaign video uploaded to YouTube. “Speaking Oromo was his connection back to the homeland and by teaching his children that language, he was in affect connecting to the homeland through us, and allowing us to be able to connect back to his sense of home.” Seeking refuge from the Dergue regime’s Red Terror, Toltu’s father, Abdulwahab Tufa, was the first permanent Oromo resident in Australia.

Now a fruitful, vibrant, and abundant cluster, the Australian Oromo community, which Toltu led for many years, is proudly rallying behind her revolutionary campaign. The project itselfgrew out of Toltu’sten years of experience as a weekend schoolteacher with the community in Melbourne. After years of frustration with creating hand-drawn class worksheets to teach Afaan Oromo, and struggling to find high quality and engaging children’s publications, Toltu decided to create her own Oromo children’s literature collection. Focused on quality educational tools, community voices, and children’s literacy, Toltu now hopes to create books that suit “every Oromo child, in every family, in every home.”

“Qubee is not new, and we’re not inventing the Oromo language,” she said. “Rather, we’re reinventing how we approach language towards young children, and that’s through bold, innovative techniques and high quality educational tools that are affordable and accessible.” 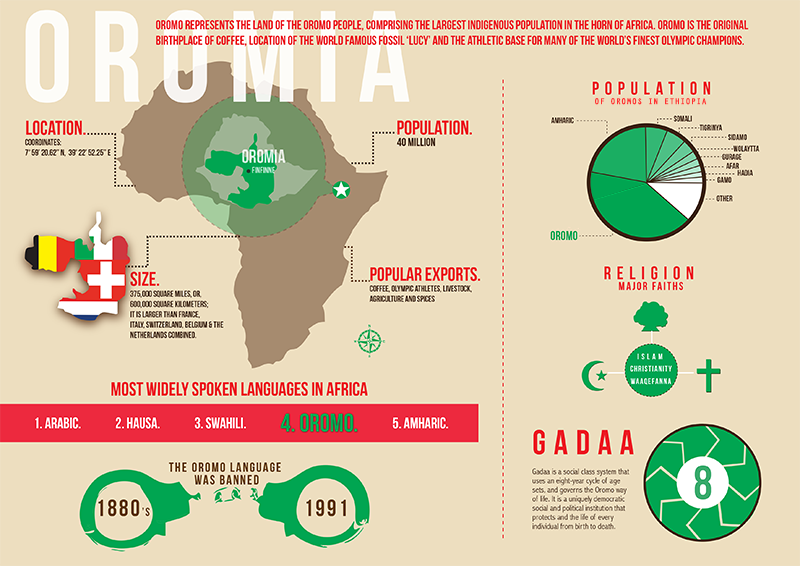 Hailed as a ‘language revolution!’ barely a month after its initial launch, Afaan is now a global phenomenon, both in process and planning. Initially, while planning the Nov. 3 launch, Toltu visited nine Oromo communities around the world for public consultation and found the response she received overwhelmingly positive.

“The body of feedback was incredibly valuable,” Toltu said. “People feel like they’ve now contributed to this project, and see parts of themselves in it. People resonate with the campaign, the story, and what we’re trying to do.”

And with a string of major media interviews, including mainstream Australian networks, and a well-liked social media campaign, Afaan has indeed revolutionized the ways in which the Oromo story is or can be told. The professionalism and aesthetics of the project ‘s website as well as its promotional materials are beyond impressive.

“Aesthetics were incredibly important for this project,” Toltu told OPride. “Our language deserves no less [of a professional platform]. It is time for our community to be an example on every front for all of Africa and invite the world into the Oromo community.”

Eleven cities across Australia, Canada, the United States, Norway, and Africa are hosting fundraising dinners from which Toltu hopes to raise the $50,000 needed to print and distribute the first batch of Oromo children’s literature in 2014. On Nov. 23, Minnesota and Cairo hosted the first rounds of fundraising events drawing record attendance, according to the organizers.

The top three global fundraisers will also be announced ahead of Afaan Publications World Tour sometime early next year. The full campaign, including details about remaining fundraisers, is also available at www.pozible.com and www.afaan.com.au, where pledges will be accepted during the months of November and December 2013.

“A farmer prepares his harvest by planting the seed and preparing the ground,” Toltu said.

*Dharra Budicha is a contributing editor at OPride.com and a student at Simon Fraser University. You can follow her on Twitter: https://twitter.com/dbudicha