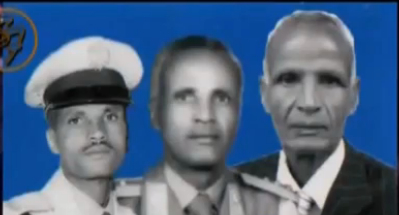 In the days and weeks ahead, you will likely read moving obituaries and reflections — from ordinary people and world leaders alike — about a man that inspired the entire world.

“He achieved more than could be expected of any man,” President Barack Obama said of his late hero shortly after Mandela’s death was announced. “Like so many around the globe, I cannot fully imagine my own life without the example that Nelson Mandela set. And so long as I live, I will do what I can to learn from him.”

Telling an anxious nation — but really the entire world — about Mandela’s passing, South African president Jacob Zuma said, “what made Nelson Mandela great was precisely what made him human. We saw in him what we seek in ourselves.” These words and soundbites will no doubt be replayed endlessly for years to come.

Mandela’s long walk to redress racial injustice in his native South Africa began in 1943 when he joined the African National Congress, long before his imprisonment. His struggle against the apartheid system, 27 years of imprisonment, and the ideals of reconciliation which Mandela embraced upon release are well known to his many admirers.

Over the years, Mandela’s initial military training and brief stay in Ethiopia received only a scant media coverage. It has been said that Mandela had come face-to-face with death at many junctures in his long life. But had the alleged 1962 assassination attempt in Addis Ababa, Ethiopia’s capital, succeeded, the world would have been worse off.

A man who single-handedly saved Mandela has recently come forward with his story. Captain Guta Dinka, 78, was one of the two guards assigned to protect the future icon of peace during his training. In a recent interview on EBS’s Seifu Fentahun show, captain Dinka recounted — perhaps for the very first time — a sobering tale about a plot to kill Mandela. “It was saturday afternoon,” Dinka told Fentahun. “A colleague in the army invited me for a friendly lunch at Taitu Hotel in Piazza [central Addis Ababa].”

In his own account, captain Dinka — then only an average soldier — was unfamiliar with the upscale and urbane dining that the hotel offered. As Dinka struggled to eat his lunch, the soldier whose name Dinka gave only as Abraham confided in him the real purpose of the meeting. “Guta, I invited you here today for a very important reason. It is something that can only be done by you. If successful, we could for once and all be relieved from this taxing military service,” Abraham told Dinka.

Abraham then invited over two other gentlemen seated next to their dining table: an African and a white man. The trio showed Dinka 2000 British pounds inside an envelope and a photo camera. “They told me take the money, enter the room through the window, murder Mandela with a rope, and take some photos as evidence,” Dinka recalled.

Once the mission is completed, Abraham promised to meet Dinka at a specified location and arrange his escape from Ethiopia to England. But he wanted to be sure that Dinka was fully onboard. “He told me to keep the matter secret and meet him at the local church so that I could swear,” said Dinka.

However, Dinka had a different plan. “I prayed for forgiveness [for lying to Abraham] and went straight to General Tadesse Birru’s house,” Dinka told the TV host Fantahun. “I asked to meet Tadesse in private and told him everything about the plan..he did not believe me at first.” 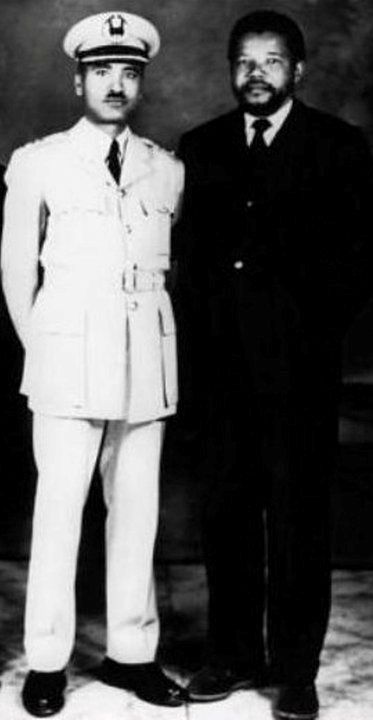 General Tadesse Birru, a celebrated Oromo freedom fighter in his own right, was Mandela’s trainer and host. Disturbed by the news about the plot to assassinate his guest of honor, Birru ordered officers to follow Abraham’s movements. That evening Dinka — a devout Christian — met Abraham at a local church where he swore to kill Mandela, took the money and camera from him. “I returned home that evening and went to the camp in the morning where I turned the money and camera over to my superior,” said Dinka.

Birru then got Abraham arrested and the murder plot was foiled. As we noted here, “like Mandela, Birru was first tried, condemned to life in prison, and subsequently reprieved by Haile Selassie’s autocratic regime. The Dergue later rearrested and executed him in March of 1975 for no apparent crime than struggling for the dignity and freedom of Oromo people in Ethiopia.”

According to Dinka, the aborted attempt to kill Mandela in Ethiopia will be featured in a forthcoming documentary about Madiba’s life. Dinka has recently been interviewed by Sahm Venter and a filmmaker from the Mandela foundation about the story.

“I showed him [Mandela] the photographs I took while I was in Addis, including the picture of yourself,” Venter wrote to Dinka in an undated letter after their meeting. “He was very happy to hear that there are still people there who met him in 1962 and who talk about his military training.”

listen to ‘In Madiba’s Footsteps’ on Audioboo

Dinka doesn’t consider his actions heroic. “The bounty money was appealing at the time — perhaps even now. But I did what I thought was the right thing to do,” Dinka said with a grin. “I want the new generation to learn from it and do what is right and just.”

During a recent meeting in Addis, Dinka asked the filmmakers for one favor: “I would love to visit Mandela and take a photo with him.”

They promised to arrange it for him.