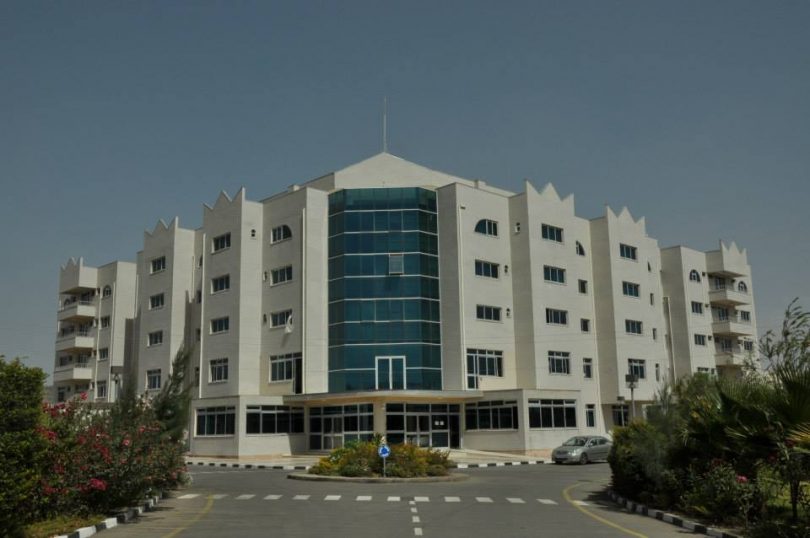 (OPride) – There is nothing attractive about going to a hospital in Ethiopia for any reason. Government hospitals are assigned specific public functions, including the provision of emergency services, clinical teaching and research, and equity of access.

Because they are primarily government-funded, these hospitals operate within budgetary constraints amid rising community expectations for access to hospital services. Despite these limitations, health care workers at government hospitals provide a heroic service to Ethiopians who cannot access for-profit health care facilities – often by doing more with less. They ought to be commended for their valiant efforts to save lives.

But government hospitals are ill equipped to provide adequate services to patients. In some hospitals, going to the bathroom to collect specimen for lab work literally makes you sick. Reports of hospital-acquired diseases that are deadlier than the ailment that took patients there in the first place are common. Family caregivers tell stories of horrific experiences at government hospitals. Recently, my friend’s brother was left lying on a stretcher for four days, and died of an eminently treatable infection at one of the leading teaching hospitals in the country.

Despite their high-sounding commercials, private hospitals aren’t champions of quality care either. The incentive for private hospitals is to generate returns on their investment for their owners. Private hospitals must be profitable, but that should not mean the cash register has to be their busiest piece of equipment. As Aristotle long asserted, a “doctor is a healer of bodies, not a moneymaker.” By all accounts, however, most private hospitals in Ethiopia have allowed themselves to commit a cardinal sin in the practice of medicine, serving as moneymakers rather than healers of bodies.

To a large extent, Ethiopia’s health care system suffers not so much from lack of national capacity but more from the penchant of health care providers to pursue personal enrichment with no regard for ethics or social responsibility. I have had my small share of unfortunate experiences that thousands of families experience at private hospitals on a daily basis. A few years ago, I took my cousin to a neurosurgeon’s office for a serious medical case that had left him unable to walk. After an initial examination, the surgeon told me that my cousin needed to be admitted to his hospital. I did as instructed, paying thousands of birr for a variety of tests. I kept paying more and more, but heard very little about my cousin’s condition.

Bewildered, the family asked me to speak to the surgeon. No one on the hospital staff cared to pay attention to my pleas for a brief moment with the surgeon. Fortuitously, I run into the doctor and asked him how my cousin was doing. Normal expectation is for a physician to provide a report to the patient’s family so as to alleviate the pain of suspense and expectation of the worst. But the surgeon did not bother to speak to me, a family member pleading for information about a patient under his care. We were outraged. Even in the simple matter of a business transaction, customers expect the service provided to be commensurate with of the amount of money paid. Not in this case. Private hospitals in Ethiopia have turned Aristotle’s ancient observation on its head, disregarding the ethical purpose of medical practice.

Based on these observations, I had concluded that patients and family caregivers in Ethiopia would continue to suffer from the inadequacies of government hospitals and the rapaciousness of private hospitals.

A glimmer of hope

Last spring, I witnessed a glimmer of hope: a social entrepreneur trying to ensure that the business of “healing bodies” doesn’t have to be a generic moneymaking venture. A friend asked me to accompany him to a hospital in Adama, located about 90kms southeast of Ethiopia’s capital, to check on his lab results. Upon arrival, I sensed a distinction about the compound itself. The hospital grounds were clean and tidy, and the courtyard adorned with an assortment of colorful flowers, vines and bushes. The setting was so beautiful that it could pass for an expensive public park. It was clear that someone really cared about creating a healing environment, one that complements the work of physicians and nurses in providing quality care to patients. There is no doubt that the inviting breathes of fresh air helps patient recovery.

Inside the building, the admission counter resembles a reception desk at a five star hotel. There was no commotion or consternation in the hall. Everything seemed orderly. The relaxed atmosphere was not a result of low patient census or a matter of a temporary lull in activity. The workers were trained to value efficiency and treat everyone with courtesy and respect. More importantly, there was a system in place that ensured efficient service was rendered.

The lab was equipped with state-of-the-art diagnostic equipment, a surprise to me since I know that new products are often costly due to the fact that manufacturers price their new products high enough to recoup their R & D costs. I would have expected a business such as this hospital to cut costs to maximize profit.

However, Kabir Hussien Wako, the CEO and owner of Adama General Hospital and Medical College, is no foolish businessman. He knows how to make money. But in purchasing diagnostic equipment for his hospital, he seems to have violated every tried-and- true principle of business. He purchased the latest generation of diagnostic equipment at a very high cost. He purchased two pieces of the same equipment to ensure that service to patients is not interrupted due to equipment malfunction. On the face of it, this did not make strict business sense. But I was reminded that providing medical care to patients is not an ordinary business. The business of medicine is healing bodies, saving lives. It is this realization that compelled Kabir Hussein to invest in an extraordinary way.

Equipment is important and Adama General is positioned to utilize leading-edge technologies, but equipment alone doesn’t heal bodies. The way medical professionals deal with their patients matters more to healing. All the personnel and professionals at Adama General, from the security guard to the medical director, seem eager to make the experience of visitors as pleasant as possible.

Everyone I met in the diagnostic center on the first floor was visibly eager to receive feedback, even from those with no medical expertise to proffer any useful advice. But it was clear that they valued consumers’ feedback on their services. Patient satisfaction is central to the work of this hospital. I believe this key attribute will make Adama General the standard-bearer of quality care and likely a trendsetter for hospital business in Ethiopia. Success in this business should not be measured solely by the size of investor return but also by the depth of recognition given to the humanity of patients and family caregivers.

The owner’s insistence on making sure that physicians at Adama General don’t take up part-time employment elsewhere is another significant innovation at this hospital. Ethiopian physicians in private practice are known for not giving undivided attention to patients. They typically accept more patients than they could treat within the time available to them. The reason is the efficiency of quick-in and quick-out, meaning more patients and more money. Physicians deserve adequate compensation for the service they provide to society. But their rights to proper compensation are legitimately exercised only if they honor their sworn obligations to uphold the patients’ best interest.

To mitigate this problem, Adama General compensates its physicians adequately while still serving a reasonable number of patients. This prevents physicians from the temptation of quick income over adequate patient care. In essence, Kabir Hussein is trying to resolve the dilemma of rewarding physicians for violating medical ethics. Because of his pioneering efforts, private hospitals may now be forced to meet the standard of excellence and ethics set by Adama General Hospital.

I have heard early doomsayers assert that the Adama General is an ill conceived, high-cost venture unsuitable for Ethiopia. I am sure Kabir Hussein has heard it, too. As a businessman, he understands the perspective of the critics. But Kabir Hussein is a social entrepreneur with a vision and mindset to start a high-potential venture that aims to create social value for its customers. Social entrepreneurs are internally motivated, high-energy leaders with tolerance for ambiguity, a knack for mitigating risk, and a passion for discovery and innovation. They are undeterred by critics. I have observed these qualities in Kabir Hussein. By all appearances, he seems content that the hospital is off to a great start to provide quality health care regardless of its profitability in the foreseeable future.

The professionals at Adama General have seen Kabir Hussein’s entrepreneurial mindset and leadership. Despite predications of failure, they seem committed to making his vision come true. The power of a single leader can be profound, and nowhere is this truer than in the idea of the Adama General. The philosopher Henry David Thoreau once remarked: “The secret of people who amaze the world is that they regard nothing to be impossible.” That seems to describe Kabir Hussien. The American entrepreneur and philanthropist Ewing Marion Kauffman once said, “people don’t want to be managed, they want to be led.” This seems to describe what I observed of the staff of Adama General Hospital.

Neither my family nor I are shareholders at Adama General. I met Kabir Hussein for the first time a few months ago. I have not seen him since. My purpose in writing about him and the hospital is simple: to highlight experimental innovators in medical and other fields in order to encourage other entrepreneurs to invest in making a difference in people’s lives through their business ventures. Businesses that create more than one bottom line have compelling advantages over the traditional ones. In an era of massive market failures, Ethiopia needs more socially conscious entrepreneurs who are willing to engage in ambitious and risky goals that provide greater social payoffs. 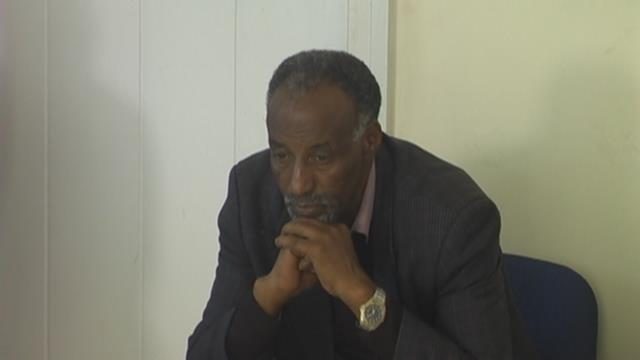 Entrepreneurs like Kabir Hussein should be recognized for what they have offered to the Ethiopian people. However, recognition alone is not enough. There are policy implications. To encourage more entrepreneurs to invest in the expansion of existing facilities and services, or to break new grounds for new facilities or simply to innovate and raise standards, they should be given a sustained break from the depredations of tax collectors and health inspectors.

Ethiopia offers enormous advantages to foreign investors in the hopes of encouraging their success – and attract more. Let the same courtesy be extended to local visionaries who offer great value to their fellow citizens every day. They have shown themselves to be more responsible than the unruly authorities whose goals appear simply to squeeze the last coin out of any successful entrepreneur even before the business gets off the ground.

If, as oft proclaimed, Ethiopia needs more value creators than rent-collectors, then innovators like Kabir Hussein should be given opportunities to do well for themselves by doing good for others.