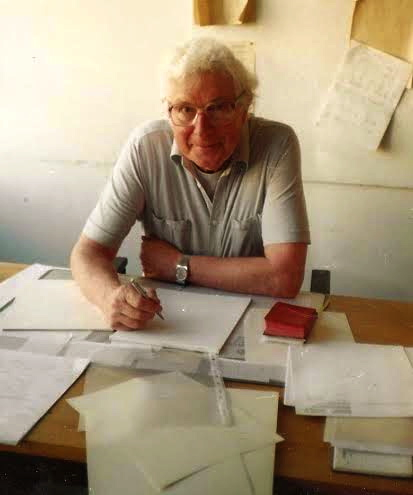 (OPride) – Paul Trevor William Baxter, who spent nearly six decades studying the Oromo, has died this week in a hospital in Stockport, England, his grandson Mark Baxter confirmed to OPride on Tuesday.

Baxter is survived by his loving wife of 69 years, Pat, his son Adam as well as four grandchildren and three great-grandchildren. His elder son, Tim, unfortunately predeceased him.

Baxter began his anthropological study in the early 1950s as a graduate student, combining academic analysis, field research and unconventional insights about imperial Ethiopia into his work. In 1978, Baxter published his seminal article “Ethiopia’s Unacknowledged Problem: the Oromo” in the esteemed British Journal African Affairs. As his long time friend and colleague Bonnie K. Holcomb, Senior Research Associate at George Washington University’s Institute for Communitarian Policy Studies explains, “with that act, he lent his intellectual and moral support as an established and respected scholar to those of us who were struggling to be heard as we confronted Ethiopianist scholarship which was exceedingly resistant to Oromo studies in those days.” Baxter’s undeniable arguments solidified the exigency of Oromo scholarship and marked a turning point for scholars focused on this systematically ignored group.

Born in 1925, Baxter studied at Cambridge and Oxford Universities. His interest in studying the Oromo, Ethiopia’s single largest ethnic group, dates as far back as 1952 when he first sought permission from Emperor Haile Selassie’s regime to conduct research on the Gadaa system. When Ethiopia, whose policies systematically repressed the Oromo, denied him permission, Baxter went to Northern Kenya, where he spent two years studying the social organization of the Borana Oromo. His 860 page dissertation, “The Social Organization of the Oromo of Northern Kenya”, which became an indispensable resource was published in 1954.

“He was one of the first brave and courageous intellectuals who put the Oromo nation on the intellectual map of the world and opened the door for Oromo studies in the Diaspora,” said Dr. Asafa Jalata,  a professor of Sociology at University of Tennessee in Knoxville. “We can say that all Oromo scholars are his students in indirect ways. He remains an intellectual model for Oromo scholars and others who do not bow down for powerful elites and states to receive benefits and prestige in the mainstream institutions.”

His commitment to telling the Oromo story has inspired a generation of Oromo social scientists. Being and Becoming Oromo, a book edited by Baxter in the 1996 remains a fundamental text on Oromo identity, culture and political consciousness. The book is one of the earliest on the topic and provides the most extensive coverage of how sociopolitical shifts within Ethiopia continue to influence identity and belonging. What is evident in Being and Becoming is that even when he disagreed with Oromo scholars on the relationship between identity and political consciousness, Baxter respected their scholarly interpretations and allowed for a multitude of perspectives to be present in the text.

Baxter was also a loyal friend to all who knew and worked with him. “Paul Baxter was the quintessential “gentleman and scholar.”  His warmth, humanity, humility, and compassion made him a wonderful, approachable person and generous friend,” Holcomb told OPride in an email.  “Those qualities were matched by intellectual courage, superb teaching, brilliant insights and meticulous scholarship. I met Paul Baxter in 1972 in Manchester England where he was full professor of anthropology.  I had spent one year in Oromia and was preparing to return for a second year.  He encouraged me to continue to focus on the Oromo, pointing out the challenges that anyone involved in Oromo scholarship would face.  He was right.”

His grandson Mark who says, “he was one of my guiding lights,” remembered Baxter as  always reassuring, honest and reliable. “Together with my grandmother Pat, they made a difference in this world, not by grandiose gestures or political statements, but by simply caring for those they met and welcoming anyone who needed it into their home,” he told OPride from London.

Baxter began his work when it was unpopular to undertake scholarly studies on the Oromo. He faced persistent opposition from two major sources, on the one hand, the Ethiopian State, which “criminalized the production and dissemination of knowledge on the Oromo” and on the other, Ethiopian scholars who disapproved Baxter’s focus on “studying and sympathizing with this downtrodden and hidden people” in the words of Jalata. Baxter remained connected to the Oromo; living among the Borana, Arsi, Ittu and Karrayyu tribes during a long academic career that spanned half a century.

Baxter’s academic work irreversibly challenged official Ethiopianist hagiography. He called into question the Amhara cultural dominance that was taken for granted, and the monolithic portrayal of Ethiopia’s diverse peoples in the image of it’s socially and politically dominant minority. In his seminal article, he argued, “much of the history of Ethiopia can be viewed as a struggle between the Amhara and the Oromo and if the Oromo, almost certainly the largest ethnic group in Ethiopia, were able to realise their own cultural and political aspirations, the balance of power in Ethiopia would be completely altered.” Baxter’s writings remain as important today as ever before.

In recognition of Baxter’s enduring legacy and tireless contribution to Oromo studies, the Oromo Studies Association bestowed its highest honor, OSA’s Lifetime Achievement Award, on him in 2010.

A generation of scholars have been and will continue to be inspired by Baxter’s dedication and unrelenting spirit. In the words of Holcomb, “those of us who had the great privilege of collegial and personal relationship with Dr. P. T. W. Baxter, who we knew as simply “Paul,” mourn his passing with a profound sense of loss.  At the same time we celebrate with great joy and gratitude that he turned his talents toward breaking down walls and creating open doors for rigorous scholarly study of the Oromo — a people for whom he held enormous affection and respect throughout his long lifetime.  Among his many other accomplishments it should not be forgotten that Paul Baxter was a pioneer and a champion of Oromo studies at an exceedingly difficult time.  He was truly a great man.”

In a statement released to OPride.com, his family said, “we are touched and humbled by the number and warmth of messages of condolence that have already arrived from across the globe, particularly from the Oromo diaspora that he so enjoyed working and living alongside as he recorded their culture and tradition for posterity.”

Baxter has left an indelible mark on scholarly knowledge about Horn of Africa’s largest ethnic group. His legacy will live on in the work of those who will build upon what he and others began so long ago. Baxter will forever remain a scholar who affirmed, in the words of Arundathi Roy, that “There’s really no such thing as the ‘voiceless’. There are only the deliberately silenced, or the preferably unheard.”

*  Dr. P.T.W. Baxter’s photo from the late 1980s, taken at the University in Leipzig in Germany. Courtesy of Baxter’s family.