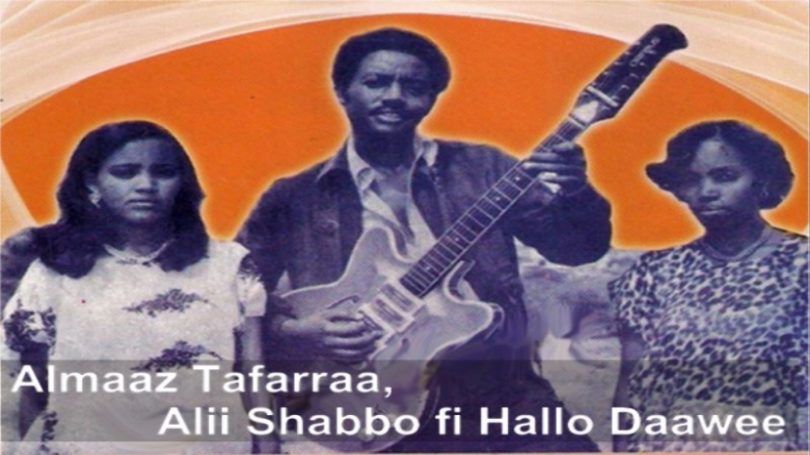 (OPride) — Almaz Tafara, famed Oromo singer and songwriter, died on Mar. 22 at Police Referral Hospital in Addis Ababa after long illness with blood cancer. Her daughter confirmed the news, adding the body is now being transported to Harar. She was 57.

“This is a tremendous loss,” said Kadir Said, who produced an album with Tafara in 1986, in a phone interview from Minneapolis, Minn. “Almaz was a multitalented singer with an exceptional voice that lit up the room.”

Tafara began singing in Afaan Oromo, the Oromo language, in early 1970s. She joined the Harar police band known as Misiraq Barenga, where she spent most of her singing career, in 1973 at the age of 16. In a successful career that spanned nearly four decades, Tafara recorded and released a total of ten albums. Her lyrical message often focused on her own life struggles, poverty, illiteracy and other socio-political issues in Ethiopia.

Born in 1957 in Western Hararghe, Doba district, Tafara faced discrimination and was fired from the police band several times during her career. After she lost her job in 2008, she started herding goats to provide for her two children. While she attained much success raising goats, Tafara suddently fell ill in 2009. She spent the last five years shuttling between Harar and Addis Ababa for treatment. Her condition deteriorated last January and she remained in critical condition since, according to information from family members.

Tafara released her first solo album in 1983. She was subsequently fired from the police band because releasing an album “broke her contract.” During her career, Tafara has collaborated and worked with pioneering Oromo artists including Ali Shabo, Kadir Said, Adam Harun, Musa Turki and Worku Bikila. Early in her career, the late poet and singer, Abdi Mohamed Qophe wrote most of Tafara’s lyrics. Although she was part of an Amharic-language band, Tafara loved her culture and sang only in Afaan Oromo, according to her acquaintances. She releasted her tenth and final album in 2005.

“I composed the melodies for some of her songs…she was a quick study and her memory was like a tape,” said Kadir.


Almaz in her own words below:

Some of her timeliness hits here: http://www.oromp3.com/almaz-tefera