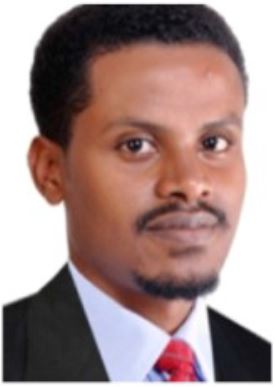 (OPride) — Discussions about “unity” and identity has never been easy in the context of Ethiopian political discourse. Different ideas and platforms were suggested at different times. However, each time, those ideas were simply shelved or met with vehement criticism, and eventually vanished.

Recently, Oromo activist Birhaanu Gammachu sought to start one such discussion. His primary goal was to provoke a discussion about political culture among Oromo and Ethiopian activistsbased on reason, toward shaping a common future. In that respect, he has my attention.

But Gammachu seems to also want set a political agenda, perhaps from which we can start negotiations toward a compromise on what should be done about our common future, if we have, and who deserve what. If this was the case, I have to dissent for two reasons. First, there are several missing issues from his analysis. Second, surrender is not an option for Oromo’s legitimate cause. I do not wish to recount the egregious crimes committed against Oromo and other nations in southern Ethiopia. This is not a defense of the Oromo Liberation Front (OLF) or its leadership, whom Gemechu accuses of impotence, incompetence and ineffectiveness. On this point, as a former member of the OLF Central Committee, Gammachu in fact knows what he is talking about.

It is up to the OLF leadership to refute these allegations, provided that they have something to offer in response. Furthermore, I agree with the writer that a political vision based on hatred and vengeance would not lead to peace, prosperity and freedom. Yet, it is important to present a balanced analysis of Oromo cause instead of using attention-grabbing headlines to attack Oromo struggle under the guise of assault on the OLF leadership.

By reducing the Oromo struggle to simply nothing more than killing Ethiopia, Gammachu not only misrepresents the goal of Oromo struggle but he also appraises right-wing radical agenda at the expense of those seeking unity based on identify, historical and cultural recognition.

Equating Oromo cause with OLF

Since the formation of the OLF in 1970s, the aims of Oromo cause has been presented as the antithesis of the Ethiopian state. Before the establishment of OLF, many Oromo nationalists, including those who believed in one Ethiopia, perished simply because they asked for equal recognition. Others were killed or imprisoned because they thought Ethiopia belonged to all, Oromo people deserve representation and recognition in that empire. Those who believed no group is more Ethiopian than the other were openly ridiculed. After the formation of OLF, Oromo nationalists who were beholden to justice became an easy prey. Different Ethiopian regimes used alleged membership in the OLF as a pretext to persecute Oromo nationalists, while it was easy to prove contrary.

Either from misconception or deliberately, Gammachu commits the same fallacy by equating the Oromo cause to the OLF’s agenda. This sloppy trickery has in fact been employed by some of the OLF leadership that the writer criticizes. And Ethiopian rulers, past and present, have used this scheme to silence Oromo activists. Some OLF activists and leaders try to present the organization as the sole representative of Oromo and often dismiss other Oromo parties as unOromo or anti-Oromo. Whether their intention was to unify and rally the Oromo around one front, or a simple chauvinism as, it has become a major obstacle to fostering political pluralism among the Oromo.Ethiopian rulers equate the Oromo cause with OLF because that makes it easy for them to single out and label all conscious Oromo activists as enemy of the state, threat to national security, secessionist and more recently terrorists.

The history of Ethiopia has always been construed as the north versus the rest. Efforts to remake Ethiopian history are not meant to reject the country in toto. It is rather an attempt to ensure that this history is inclusive so as to make all ethnic groups feel a sense of belonging. It is an endeavor to find a common ground in order to unshackle the people from poverty, lack of good governance and gross human rights violations. However, simply purging a whole century of injustice, as Gammachu does, cannot forge a common history. The past cannot be erased for the sake of unity, peace and prosperity. While he rightly acknowledges that no one “human history had perfect past in any part of our planet Earth,” he fails to mention that recognition is an important step toward healing and reconciliation.

The writer makes a strong case against secession by analyzing the current state of affairs in Ethiopia and around the world. This is a point shared by pragmatic activists on both sides of the aisle and those who want to see an end to the problems facing the country. Yet, the writer ignored legal and historical issues that pervade political debates in Ethiopia. Historical, cultural and linguistic recognition of all nations (and nationalities) is established by the country’s constitution as well as customary international law.

In its advisory opinion on the unilateral declaration of independence by Kosovo, in 2010, the International Court of Justice ruled that Kosovo’s decision does not violate international law. Following the devastating evasion of Georgia by Russia in 2008, Russia and few other states recognized Abkhazia and South Ossetia as sovereign states. The latest developments in Crimea, Venice and Scotland show that the notion of self-determination cannot simply be pushed under the rug.

If Gammachu’s intention seems to propose talking points so that people would make informed opinions based on reason as opposed to emotions. But such a debate presupposes a holistic agenda that includes discussions on historical, political, legal and practical aspects of the issue. Furthermore, political discussion and compromise can only be done in good faith. It is also important to keep in mind that negotiations and compromises require some kind of political leverage. Gammachu ripped off all the leverage that the Oromo people could possibly have by claiming there have been no historical injustices in which the Oromos were the prime targets of any group. As such, Gammachu’s attempts to spark a debate, even though commendable, may only resonate with those who despise Oromos for who they are.

But why only to Oromos?

Oromos, its elite or the OLF leadership, did not create the current political crisis in Ethiopia. It is a game played by minority northerners who have alternated power over the last century. Despite this known fact, Gammachu blames Oromos for the current political insanity in Ethiopia. He makes no mention of Amharas refusal to accept the Oromo people as Ethiopians for more than a century. He ignores efforts to undo Oromos hard-fought victories like Qubee and the current federal structures, even if ostentatious.Besides, those who espouse unity have always shied away from defending Oromo rights and standing up against injustice committed against Oromos. Oromos have consistently done the opposite – even forming political alliances with other ethnic groups, including Amharas.

“Let’s blame no particular social group as a sole liability to an injustice or oppression but our less accommodative and less tolerant institute of governance,” writes Gammachu. “Our past is our collective history…”

There are several fundamental flaws in Gammachu’s reasoning. Ethiopia is and remains an empire deliberately forged in the interest of a particular group. As such, it was elites from a particular ethnic background who created the systems of intolerance, impunity and unfairness. Recognition of the past atrocities and historical injustices is the first step toward changing such institutions and attitudes. Only when those injustices are acknowledged and validated we can seek a common ground to fight intolerance, impunity and poverty in unison. Anything less would only take us half the way. Hoping for unity while denying historical injustices is ignorance at its best.

In sum, Gammachu tried to create a headline about what should be done to change the political attitude and problems in the OLF camp. His good intentions were overshadowed by blatant rejection of the suffering of the Oromo people. He purposely overlooks key facts about the social, economic, political and historical injustices in that country. By asserting that there is no one social group that is responsible for the historical injustice that the majority of the people of the country face, the writer aligned himself against all who believe that the best way to achieve peace, prosperity and justice is by accommodating each other. By so doing, Gammachu joined a group that rejects and denies the structural injustices in Ethiopia. Accepting past historical injustices and the legitimate questions of Oromo and other southern nations can only clear the path for dialogue and probable compromise. After all, why do countries build monuments to remember their history? Is it not to learn from the past? Is it not a part of justice and exoneration?

The path forward in Ethiopia must follow reconciliation and transitional justice. It requires acceptance, rigorous debate, forgiveness and compensation where necessary. Tajikistan is the only exception to this rule. Following the fall off the Soviet Union, civil war broke out in central Asia, costing thousands of lives and destruction of property. After long discussions and dialogue, the country opted for completely erasing the violence, massacre and injustice that happened during the civil war. The parties agreed that no memorial or monument would be built, no references to tragic events in the official history book. In Ethiopia’s case, incalculable loss of lives and destruction of property in the south were recorded in history books, taught in schools as a source of pride. It was only after 1991 that the curriculum was amended in a way that those atrocities are identified as such. This by no means is a fabrication by Oromo elites. And I don’t believe it is lost on Gammachu.

While I commend the writer’s efforts to jump-start an important discussion on the future of OLF and Ethiopia, reducing the Oromo struggle to one group is a gross injustice and misrepresentation – and cannot advance a meaningful debate.

*The writer can be reached for comment at naomiy1188@gmail.com.