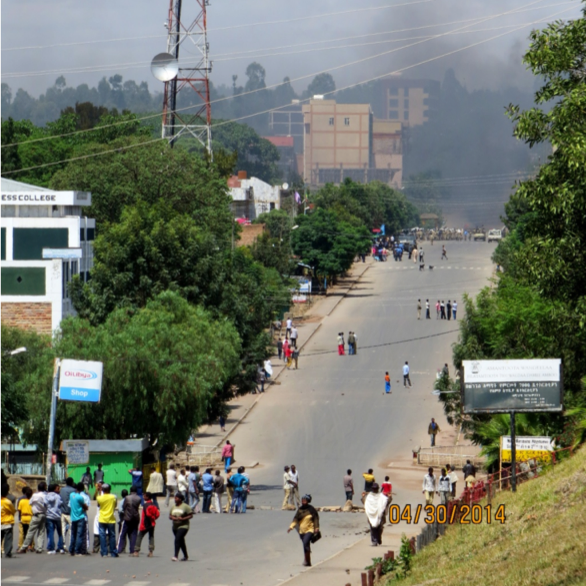 (OPride) — An eyewitness account on protests in Ambo, Oromia. Last Friday, the protests began. We heard them as we were heading to the high school, and it sounded like a big crowd was gathering at the university, walking east.

The only paved road in town was closed, and traffic was diverted around the outskirts of town.

“What is going on?” we asked a group of high school boys.

“Oh, the students are angry. They have some problem,” they responded. Not having the English to elaborate any further, our conversation was over. We called some lecturers at the university, who were able to explain further. Apparently, there are expansion plans for Addis Ababa, which would displace poor Oromo farmers and considerably shrink the size of the Oromia region. Justifiably, many Oromo people were upset. The Ethiopian Constitution guarantees the right to freedom of speech, press, and assembly, so demonstrations started across Oromia, mainly in towns with universities. Some of the protests turned violent.

Saturday, Sunday, and Monday were quiet, normal days in the town of Ambo. However, in other parts of Ethiopia, journalists and bloggers were arrested and thrown in jail.

Tuesday morning, the protests resumed. One of our friends called us to warn us not to go into work. Apparently there were protests at the preparatory school and the federal police were in town. We stayed home all day. That night, the government-run news station reported that there was a misunderstanding between Oromo university students and the government. Other reports said that the university students were defending the Oromo’s right to their land.

Wednesday morning, it continued, and our landlord said not to leave the house. This time, we heard sirens. Ambo only has one ambulance – no police cars or fire trucks – and it wasn’t the normal noise. We heard what sounded like gun shots. We poked our heads out of the compound gate and talked to our neighbor, who said that they were, in fact, gun shots. Neighbors said the federal police had shot and killed demonstrators who were participating in the protest. As we were finishing our conversation, a group of at least 30 adults ran past, glancing behind themselves as they ran.

“Poliisii as dhufu! (The police are coming here!)” a man responded, ducking behind a corner. 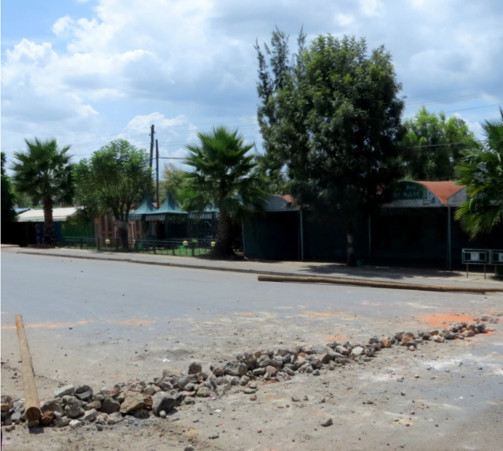 An hour later, we headed to the nearest store to stock up on phone cards, so we could put minutes on our cell phones and data on our internet device. The storekeeper is a tough older lady who doesn’t tolerate any nonsense.

“Maal taate? (What happened?)” we asked.

She paused, looking down at her hands, her eyes welling with tears.

“Hara’aa….sirrii miti, (Today…..is not good)” she said, fighting back tears.

Ironically, as we sat at home, listening to gunshots all day long, John Kerry was visiting Ethiopia to discuss human rights.

Around 3pm, we heard gunshots so close to the house that we both ducked reflexively. An hour later, we talked to a young man who said he carried two bodies of university students from the compound behind ours to the nearby clinic.