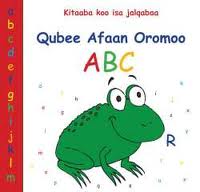 (OPride) — My grandfather Ayana Debosie Halo had a habit of making the entire family tune into his favorite radio station: The Voice of Oromo Liberation (better known by its Oromo acronym SBO).

Began in late 1980s, SBO is a shortwave radio run by the Oromo Liberation Front, a political organization that struggles for the advancement of Oromo rights in Ethiopia. SBO broadcasts to Ethiopia daily in Afan Oromo and Amharic, two of Ethiopia’s main languages.

One night some 15 years ago, when I was still in Oromia, Ethiopia’s Oromo region, as he always did, grandpa turned on the SBO program and cranked up the volume to get everyone’s attention. Typically, no one in the house paid much attention. My aunt asked him to turn the volume down while my uncle increased the volume on his TV set to tune out the “unusual” voice coming through grandpa’s beat up stereo tape.

Meanwhile, my Amhara grandmother, who’s gotten accustomed to this chaotic scene over time, grinned in amusement. Despite grandpa’s subtle and vocal encouragement, I always preferred watching TV to hearing a“foreign” language over the radio. In short, except grandpa, no one in the family had appetite for what the OLF (or ONEG as we call it in Amharic) had to say. Besides, growing up in Finfinne — as Ethiopia’s capital Addis Ababa is known in Oromo — even if we wanted to listen to SBO, we couldn’t tune in because we did not understand or speak Afan Oromo. That was grandpa’s genius: Despite living in Finfinne most of his life, he never lost touch with his Oromo heritage and was fluent in his native Oromo language.

Later, grandpa told us we could listen to SBO’s Amharic broadcasts, which at the time we didn’t know it even existed. But he wanted his grandchildren to learn Afan Oromo. In fact, he had previously bought several Amharic-to-Oromo dictionaries for us. Some of these books got lost while others simply gathered dust on our shelves.

My grandfather was a proud Oromo from western Oromia, and he went to the Mekane Yesus protestant church. His church was the only legally recognized protestant congregation during the communist Derg regime. In those days, his children, including my father, aunts and uncles, alternated between their parents churches every Sunday. They would attend their mother (my grandma’s) Orthodox church one week and grandpas protestant church the week after. They did so to make grandpa happy, but I later learned that they preferred going to the Orthodox church. This tolerance for each other’s beliefs and efforts at accommodating the “other” helped keep our family’s the social equilibrium.

Growing up, I did not care much about religion so I followed the crowd. After all, the majority of my schoolmates and friends in Finfinne were Muslims — ethnic Gurage, Adare, Silte, Oromo and others. But I was always curious about politics. My uncle once told me why he hates the OLF — a group that he believed wants to “divide mixed families like us.” He seemed adamant that the ONEG people even sought to separate his parents. He told me that this “evil” group would kill grandma and the rest of our family for not speaking Afan Oromo. I remember the lecture but I was too young to grasp the gist of his fear mongering at the time.

Over the years, I heard the worst of rumors about ONEG’s bad deeds. One day, I asked grandpa what would happen to our family, friends and neighbors if the people he listens to on the radio ruled Ethiopia. He did not mince words: ONEG is a peaceful organization that struggles for justice and equality. His response left me even more confused but I took his words for it, not least because I trusted grandpa more anyone in the family.

As my family prepared to leave for United States, grandpa made extra efforts to teach me Afan Oromo. He lamented how he did not want English to be my second language (Amharic being the first). He did not want me to lose my Oromo heritage. But learning Oromo was hard because Amharic was spoken at home, school and everywhere else I went in Finfinne.

After living in the U.S., I realized grandpa’s fears were coming true — I was beginning to forget everything. My parents struggled financially and adjusting to a new life and learning a new language was not always easy. I had no time or incentives to learn Afan Oromo. In fact, I did not even have much use for Amharic. Many years later, I phoned grandpa in Oromia: His voice changed a little but his message was the same. He wasted no time to remind me not to forget my Oromo roots. A few years later, my aging grandfather sent me a new trilingual Amharic-Oromo-English dictionary. By then an adult, I realized the only way to learn Afan Oromo was to find Oromo speakers in the states.

I found and contacted the New York-based Oromo Diaspora Association (ODA). I went to a couple of their meetings but I always struggled because I did not speak the language. Some ODA members knew Amharic but it was clear they did not want to use it to conduct their business or even to help me understand what was being discussed. My efforts to learn Afan Oromo on my own ended in vain. Soon, I cut contacts with ODA members and found another “Ethiopian” group. Despite its Ethiopia label, I was surprised to find that many of the group’s members had mixed Oromo ancestry. But like me, most of them did not speak Afan Oromo. We mostly spoke in English as even Amharic was proving difficult to carry a decent conversation.

My grandfather passed away two years ago. We had previously missed grandma’s funeral because of financial problems. But, we saved enough money to fly to Finfinne for his funeral. As per his dying wishes, the biblical writings on his tombstone was done in Afan Oromo. Trying to read Qubee, the Latin alphabet used for writing Oromo, was a harsh reminder that I let grandpa down. I am sure we all did.

Since his death, my whole family has made some efforts to learn Oromo and inherit our Oromo culture. My younger aunt even gave her newborn an Oromo name. For the first time, we started listening to Oromo music. Now, most of us occasionally tune into SBO’s Amharic broadcasts online. Also, for the first time, we began to understand that unlike our parents happy marriage, the marriage of the Oromo nation with Ethiopia was done by force. We began to sympathize with the Oromo cause despite uneasiness over ONEG’s “secessionist” ideology, which we still felt was a direct attack on our mixed identity and heritage. Even my one-time fearful uncle went to his district office in Finfinne and requested the officials to change his ethnic identification on local ID card from “Amhara” to “Ethiopian” — in honor of his mixed identity, though it was in vain.

When I returned to the U.S. after grandpa’s funeral, I began giving donations to the Oromo Studies Association (OSA) and followed Oromo current events in North America. But the struggle to fit-in has been an uphill battle because there is even more ethnic division in the diaspora now compared to a few years ago. Unfortunately, those of us with mixed identities who do not speak Afan Oromo don’t get much help from the Oromo diaspora communities.

As grandpa so eloquently professed long ago, it is now clear to me that learning the Oromo language is key. My uncle once told me that many Tigrean businessmen (especially the ruling TPLF party associates) are learning Afan Oromo so that they can easily exploit Oromia’s resources. This revelation raised a lot questions for me: Does not speaking the language discount my Oromo identity? Is speaking the language what makes one a “real Oromo?” What would that make Oromo speaking Tigrean or Amhara businessmen? Would mixed Oromos, who don’t speak the language, be accepted in “free” Oromia? Is it blood, language or something else that forms the basis of Oromo identity?

There are more that 5 million mixed Ethiopians, including Oromo, who would agree that language or blood alone should not determine a person’s identity. I don’t think language deficiency should disqualify my Oromoness. Intolerance for those with mixed heritage is found among all ethnic communities in Ethiopia, especially the Oromo. There needs to be more acceptance for people with multiple ethnic ancestry.

I hope a time will come when Ethiopians with multi-ethnic identities can be equally proud of all their heritage. Perhaps then we can bridge the growing ethnic divide in Ethiopia. When that time comes, we will all get along and embrace our diverse identities just as grandpa hoped to see in his own life.

I am Oromo and I am proud of it. Rest in Peace Grandpa!


—
*The writer, Daniel T. Ayana, is an accountant based in New York City.