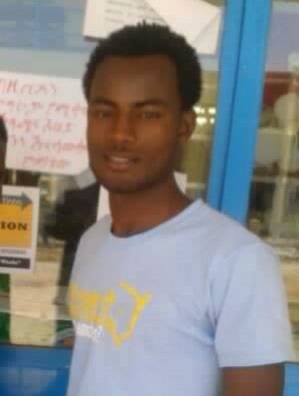 (OPride) — A 21-year old Oromo student, Nuredin Hasen, who was abducted from Haromaya University late last month and held incommunicado at undisclosed location, died earlier this month from a brutal torture he endured while in police custody, family sources said.

Members of the federal and Oromia state police nabbed Hassen (who is also known by Alsan Hassen) and 12 other students on May 27 in a renewed crackdown on Oromo students. Friends were not told the reason for the arrests nor where the detainees were taken.

Born and raised in Bakko Tibbe district of West Shawa zone, Alsan, who lost both of his parents at a young age, was raised by his grandmother.

The harrowing circumstances of his death should shock everyone’s conscience. But it also underscores the inhumane and cruel treatment of Oromo activists by Ethiopian security forces.

According to family sources, on June 1, a police officer in Dire Dawa called his counterpart at West Shewa Zone Police Bureau in Ambo and informed him that Alsan “killed himself” while in prison. The officer requested the local police to tell Alsan’s family to pick up his body from Menelik Hospital in Addis Ababa, Ethiopia’s capital.

The West Shewa zone police relayed the message to the district police station in Bakko Tibbe and the latter delivered the message to Alsan’s family. Three family members then rushed to the capital to collect the corpse of a bright young man they had sent off, far from home, so that he can get a decent shot at college education.

Upon arrival, the hospital staff told the family to search for his body from among 30 to 40 corpse’s kept in a large room. According to our sources, what they saw next was beyond the realm of anyone’s imagination. The details are too gruesome to even describe.

They found their beloved son badly tortured, his face disfigured and barely recognizable. His throat was slit leaving only the muscles and bones at the back of his neck connecting his head to the rest of the body. There were large cuts along his eyelids, right below the eyebrows as if someone had tried to remove his eyes. There were multiple wounds all over his face and head. Both of his arms were broken between his wrists and his elbows.

It appeared as if the federal forces employed all forms of inhumane torture tactics, leaving parts of his body severely damaged and disjointed. The family could not grasp the cruelty of the mutilation carried upon an innocent college student.

Their ordeal to recover Alsan’s body did not end there either. Once the body was identified, the federal police officer who brought the body from Harar told the family to pay 10,000 birr (roughly $500) to cover the cost of transportation the government incurred. They were informed that the body will not be released unless the money is paid in full.

The family did not have the money, nor were they prepared for the unexpected tragedy. After friends and relatives raised the requested sum to cover his torturers costs, Alsan’s body was transported to Bakko Tibbe, where he was laid to rest on June 2. There was little doubt that Alsan was murdered while in detention, but in police state Ethiopia, the family may never even know the full details of what happened to their son, much less seek justice.

In an increasingly repressive Ethiopian state, being an Oromo itself is in essence becoming a crime. To say the gruesome circumstances surrounding Alsan’s death is heart-wrenching is a gross understatement. But Alsan’s story is not atypical. It epitomizes the sheer brutality that many Oromo activists endure in Ethiopia today. 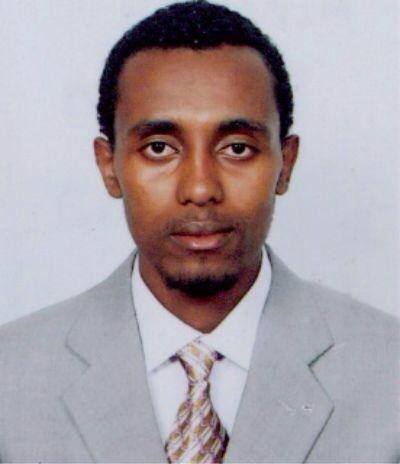 On June 6, another Oromo political prisoner, Nimona Tilahun passed away in police custody. Tilahun, a graduate of Addis Ababa University and former high school teacher, was initially arrested in 2004 along with members of the Macha Tulama Association during widespread protests opposing the relocation of Oromia’s seat to Adama. He was released after a year of incarceration and returned to complete his studies, according to reports by Canada-based Radio Afurra Biyya.

Born in 1982, Tilahun was re-arrested in 2008 from his teaching job in Shano, a town in north Shewa about 80kms from Addis Ababa. He was briefly held at Maekelawi prison, known for torturing inmates and denying legal counsel to prisoners. And later transferred between Kaliti, Kilinto and Zuway where he was continuously tortured over the last three years. Tilahun was denied medical treatment despite being terminally ill. His death this week at Black Lion Hospital is the third such known case in the last two years.

On August 23, 2013, a former UNHCR recognized refugee, engineer Tesfahun Chemeda also died  under suspicious circumstances, after being refused medical treatment. In January, a former parliamentary candidate with the opposition Oromo People’s Congress from Calanqo, Ahmed Nejash, died of torture while in custody. These are the few names and stories that have been reported. Ethiopia holds an estimated 20 to 30 thousand Oromo political prisoners. Many have been there for more than two decades, and for some of them not even family members know if they are still alive.

While Alsan, Chemeda, Nejash and Tilahun’s stories offer a glimpse of the brutality behind Ethiopia’s gulags, it is important to remember thousands more face similar heinous abuses everyday.

Since Oromo students began protesting against Addis Ababa’s unconstitutional expansion in April, according to eyewitnesses, more than a 100 people have been killed, hundreds wounded and many more unlawfully detained. While a relative calm has returned to university campuses, small-scale peaceful protests continue in many parts of Oromia. Reports are emerging that mass arrests and extrajudicial killings of university students are far more widespread than previously reported. Last month, dozens of students at Jimma, Madawalabu, Adama and Wallagga universities were indefinitely dismissed from their education. In addition, an unknown number of students from all Oromia-based colleges are in hiding fearing for their safety if they returned to the schools.

Given the Horn of Africa nation’s tight-grip on free press and restrictions on human rights monitoring, in the short run, the Ethiopian security forces will continue to commit egregious crimes with impunity. But the status quo is increasingly tenable. For every Alsan and Tilahun they murder, many more will be at the ready to fight for the cause on which they were martyred. As long repression continues unabated, the struggle for justice and freedom will only be intensified. No amount of torture and inhumane treatment can extinguish the fire that has been sparked.

*The writer, Amane Badhasso, is the president of International Oromo Youth Association, and a political science and legal studies major at Hamline University. Badhatu Ayana is an Oromo rights activist.