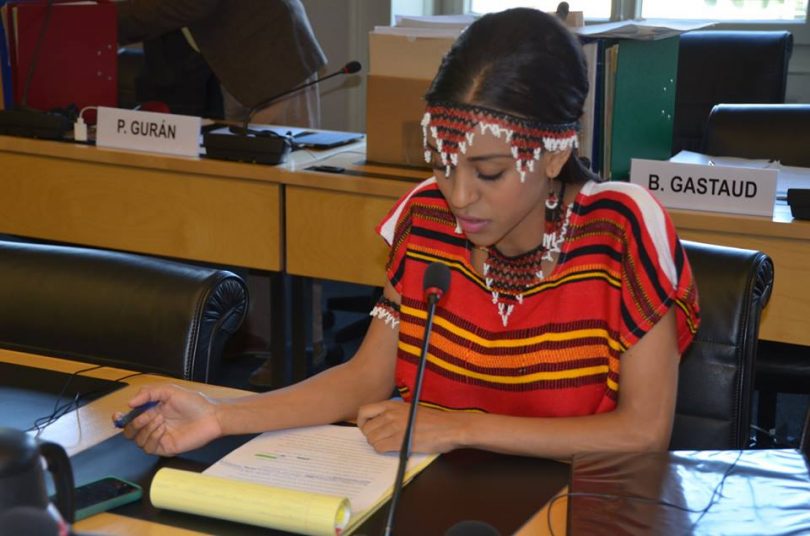 (OPride) — In July 2006, about 60 Oromo youth met in Minneapolis, Minnesota for what was initially planned as a leadership conference. At the end of the three-day gathering, which featured, among other activities, leadership exercises, social activities and speeches by invited guests, the attendees formed the International Oromo Youth Association (IOYA).

It was meant to serve as an umbrella organization for Oromo youth groups around the world (in part because most of the delegates at that conference came representing their local youth associations).

After years of lethargy, IOYA is showing signs of rejuvenation, and deserves all our support. On September 26, IOYA leaders co-presented a report on the rights of children in Ethiopia along with the Minnesota-based Advocates for Human Rights at the United Nations Committee on the Rights of the Child in Geneva, Switzerland. During the weeklong engagement, IOYA representatives participated in several meetings discussing human rights issues related to Oromo, spoke at a side event looking at diaspora engagement on human rights (with Ethiopia as a case study) and met with the U.N. Committee in a 2.5 hour, closed-door session.

There are several reasons for IOYA’s resurgence. Two of them are worth mentioning here. First, most of the organization’s earliest protagonists have moved on. This created an opportunity for younger leaders to calibrate the organization’s mission and vision in the context of the current state of Oromo affairs.

“Seeing its decline was particularly devastating to me,” Amane Badhasso, the current IOYA president, told OPride during a recent interview. “That is why we dedicated several months to formulating strategies to revive IOYA. We are determined to strengthen IOYA’s capacity as an international organization and build global networks not only to advance our goals but also to ensure the organization’s sustainability.” 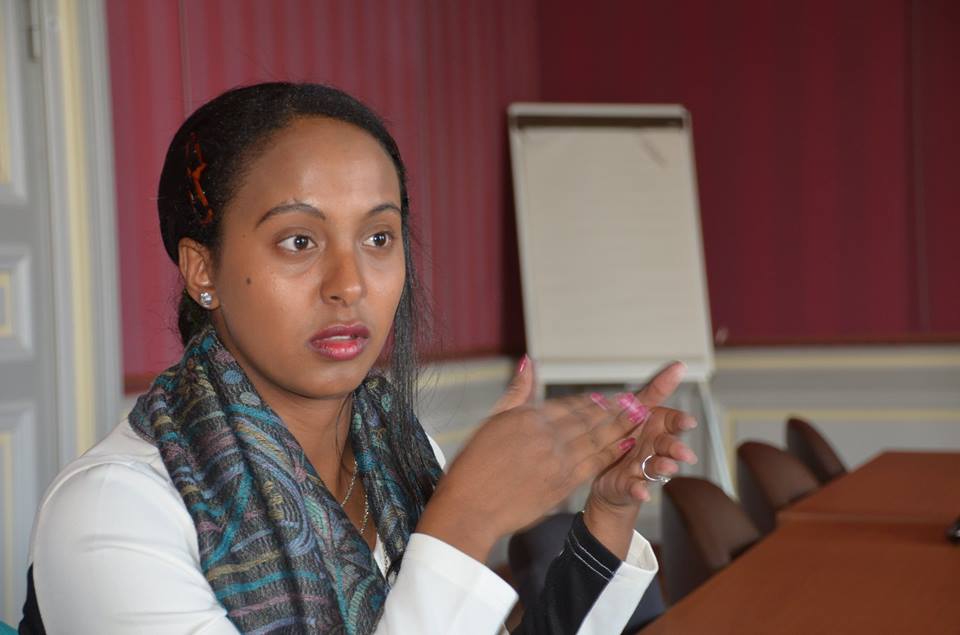 Badhasso and her executive board members seem to be doing a phenomenal job in that regard. In 2011, IOYA appeared on the brink of dissolution because no one was willing to step up and take over the reins from the then-outgoing board. Despite this, however, even through years of ups and downs — which in all fairness is not unique to IOYA — its leaders continued to hold annual meetings and partner with Oromo community organizations on human rights causes.

The 2012 executive board faced a unique challenge: guiding IOYA through a year of transition and rethinking its mission. They set in motion the changes that enabled the current board to revive the organization’s advocacy arm in few months. The new vision emphasized leadership training, cross generational dialogue, networking and the creation of “a space to address issues pertaining to Oromo communities in the diaspora.” In some sense, this was a slight departure from the organization’s initial goal and proved key to the current turnaround.

In 2006, there was a palpable sense of urgency to define the place of youth in Oromo struggle and for the youth to take leadership roles within their diaspora communities. The enthusiasm and sense of Oromummaa at the conference was overwhelming — so much so that everyone cried at the farewell gathering. The sense of shared passion and dreams made saying goodbye that much harder. Over the years, many had told this writer that it was “the best summer and event” of their lives. A handful of the attendees, including some who met for the first time, have built long term personal relationships and friendships.

But in restrospect there was also a clear lack of strategy on that which the group set out to do. For the first few years, IOYA organized well-attended human rights rallies in Minnesota and Washington, D.C. It issued press releases reacting to human rights violations in Ethiopia, including a government crackdown on their peers at home.

But it’s fair to say that IOYA fell far short of becoming a formidable umbrella organization for Oromo youth around the world. It faced many hurdles, including lack of clarity around membership, dues, etc. Its main problem has always been leadership and inability to translate the overly broad mission and vision into actionable advocacy.

The new leaders have now taken IOYA through the corridors of the United Nations. No small feat. Much of IOYA’s success seems to be a result of collaboration with others and changes in leadership. 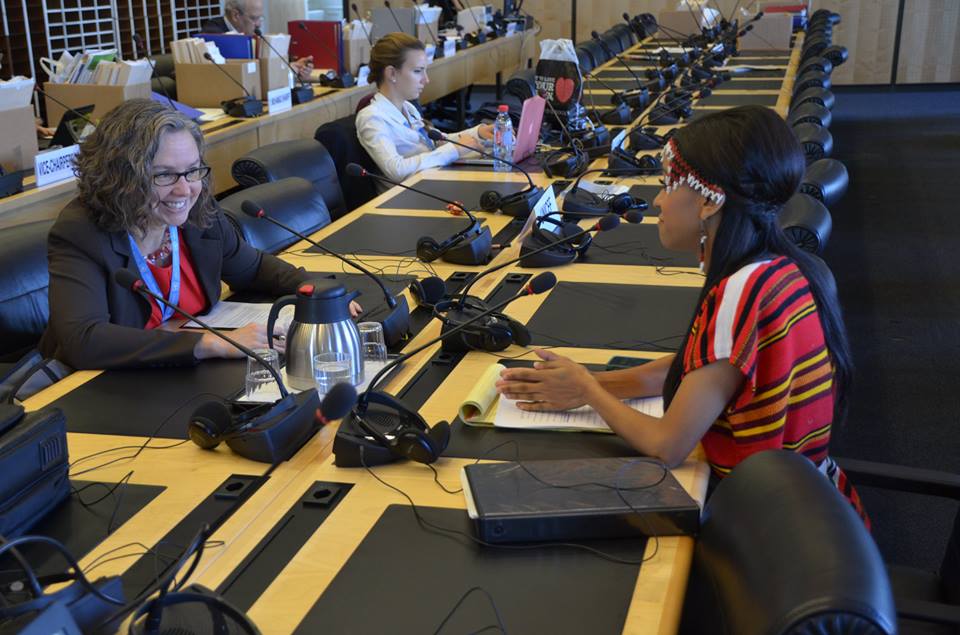 In June, IOYA launched a three-day social media campaign to demand the release of Oromo students arbitrarily rounded up by Ethiopian security forces during #OromoProtests. The initiative generated a lot of awareness and media coverage. But it also afforded the group an opportunity to partner with The Advocates. On July 1, 2014, IOYA and The Advocates submitted a detailed report to the United Nations Pre-Sessional Working Group of the Committee on the Rights of the Child.

The report, which focused on the government crackdown on Oromo students, identified numerous violations of the rights of children in Ethiopia. It concluded that children of certain ethnic groups, particularly ethnic Oromos, face severe discrimination and rights violations. Other issues pertaining to liberty, security, privacy, freedom of expression and association, family, basic health and welfare, education and leisure and cultural activities were also included in the report. The high-level advocacy at the U.N. is a result of that ongoing collaboration with The Advocates.

The second reason for IOYA’s comeback has to do with the makeup of its leadership. Unlike previous  years, the last two IOYA boards were largely made up of women. This sounds hasty and simplistic, but it is important in the context not only of IOYA’s remarkable achievements but also the makeup of Oromo political and civic leadership. To the writer’s knowledge, no other Oromo organization, anywhere, has more women in the position of leadership than IOYA. In fact, it’s been said that to some extent the paralysis in Oromo struggle can be attributed to the lack of Oromo women’s participation. This is not to say Oromo women did not contribute to Oromo struggle or activism. They do. But rarely are they given leadership roles. Their contribution to the struggle, arts, academia and other areas of Oromo life is seldom acknowledged.

Two years ago, OPride put out a banner with a photo of about a dozen Oromo martyrs during the annual memorial. Readers immediately noted the absence of a single woman martyr on that poster. The Internet is awash with photos of Oromo leaders, past and present. But one would be hard pressed to find an image of Oromo heroine along with her male counterparts. This need to change. More girls and women need to be recognized and encouraged to take leadership roles in our communities and youth organizations. IOYA offers the clearest example of efficiency and effectiveness when women take leadership roles.