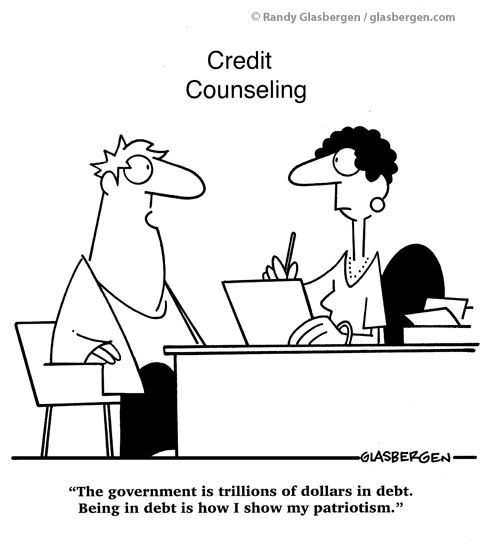 Ethiopian has recently joined the sovereign bond market, where governments sell debt to investors with a guarantee that they would pay periodic interest rates and the initial investment value at maturity.

The bulk of sovereign bonds are bought by institutions and governments, individual investors constitute a relatively small proportion of total bond buyers. Sovereign bonds are often denominated in local currencies.

Ethiopia’s foray into the sovereign bond market has raised eyebrows in the world of financial market for at least three reasons. First, Ethiopia is the poorest country ever to venture into this market.  Second, the real value of Ethiopia’s currency has been deteriorating at alarming rates, devalued by close to 40 percent in the last three years alone. Third, the 108-page long prospectus that the Ethiopian government prepared and submitted to formally enter the market contained astonishing revelations. In a bizarre twist, the government made unfamiliar and strange declarations about risks associated with purchasing the bond it is about to issue.

Among other things, authorities warned about: famine, Ethio-Eritrean war, social unrest and upheaval in the aftermath of the May 2015 election. These are extra-ordinary admissions of risks to a scale not heard in this market before. But what is the motive of the Ethiopian government in exhibiting such an extraordinary behavior? What are the triggers for the move to enter the sovereign bond market? In this piece, I will attempt to seek answers to these questions.

The local English weekly Addis Fortune reported rumors in Addis Ababa that the unusual admission of the risks was due to naivety of junior staff. However, central government in Ethiopia is known for ordering lower level units to do things a certain way only to deny involvement to avoid blame at a later stage. For example, federal government officials often deny and attribute human rights abuses to local authorities. The latest screw up seems to be an extension of that logic to international diplomacy. The fact that this rumor was leaked through a pro-government newspaper provides further clue about some sinister motives beyond a simple act of incompetence by those who prepared the prospectus.

It is likely that the government used the document as a carrot and stick tactic aimed at Western governments.  An evidence of this comes from the revelations about Ethiopia’s “credit lines from China and Chinese entities accounted for 42 per cent of all external loan disbursements in 2013-14, and for 69 percent in 2012-13.” This fact underscores Ethio-Chinese partnerships have been considerably strengthened. Western countries, particularly the U.S., recognize Ethiopia’s support in the global fight against terrorism. But they also know that that support has often been offered to them so officiously with hidden motives, which at times jeopardized Western interests in the Horn of Africa.

The issuance of the sovereign bond and rare admission about the scale of Ethio-China relations appear like a warning to the U.S.: Buy the bond generously if you want to stop us from lurching toward China. The categories of hazards the government chose are even more telling. For instance, the possibility of another war with Eritrea is inserted to gain sympathy and also imply that terrorism is still rampant in Horn of Africa. The likelihood of social unrest after the next election is meant to warn the West that they should not seriously consider pressing the government on human rights and democratization.

Other motivations are rooted in domestic politics. The government knows that the risks are real and investors will find out sooner or later. In that case, by declaring the risks upfront, the regime tries to present itself as a brutally honest and transparent government. In doing so, they might be trying to pre-empt opposition claims about lack of transparency in areas of governance and economic management.

The Ethiopian government has a strange habit of biting more than it could chew. For example, it plans to invest about $5.1 billion per year over the next decade on mega infrastructural projects: power, roads, and telecommunications. Another $6 billion is required to build a 2.4 thousands km railway network. The construction of the Grand Ethiopian Renaissance Dam (GERD) on the Nile River is expected to cost about $4.8 billion. The World Bank has warned that this level of investment (more than 40 percent of GDP and three times the $1.3 billion in infrastructure spending that the country managed during the mid-2000s) is well beyond the country’s modest means.

This created a self-inflicted wound in the form of a very messy liquidity crisis: an acute shortage or drying up of funds in the economy. This crisis is the main trigger for the foray to the sovereign bond market. The shortage of funds is specially manifested in difficulty to borrow funds from the banking system. The crisis has been around in the Ethiopian economy for a good part of the last decade. The government left no stone unturned in the sphere of the domestic economy to overcome the severe liquidity crisis.

But the regime squandered huge sums of free grants and concessionary or low interest loans from donors, annual net-inflows in the upwards of $2 billion, excluding other humanitarian aid. If wisely invested, the unprecedented and extremely generous foreign aid would have already pulled Ethiopians out of poverty. On the contrary, foreign aid created perverse government behavior — the abundance of foreign hard currency meant authorities did not see the need to economize. A good chunk of the funds was embezzled and transferred abroad. The rest has been wasted on white elephants that have no prospect of yielding returns at least in the short to medium term.

The debacle from the 2005 election and the 2009 Charities Law, which restricted operations of foreign NGOs, saw a noticeable reduction in foreign aid. The government had to seek non-concessionary loans, particularly from China, to finance its mega projects. Meanwhile, the ill-designed project locations in less productive sectors or regions means sharp declines in export earnings.

For much of the last decade, the government simply printed more and more birr and engaged in a spending spree. However, a limit was reached when inflation hit the roof, approaching 60 percent in 2008. Fearing political backlash through social unrest and also due to pressures from international financial institutions, the government backed down from its inflationary financing strategy.

Absent foreign funds, the government maintained a dogged determination and vowed to proceed with the mega projects by entirely relying on domestic savings. This began with sales of government savings bonds to domestic institutions, to raise about $892.2 million in five years. Obviously, this was not realistic. About 70 percent of Ethiopians still live in extreme poverty, and one cannot expect households to voluntarily save even a small proportion of the target amount of saving. Consequently, the government resorted to force savings, using unorthodox methods.

The involuntary savings was accompanied by an intensive propaganda campaign to rally the public around the mega infrastructural projects by creating wartime like atmosphere. It is not only “unpatriotic” to question the suitability or merit of the large projects, it borders with criminality to express any reservations specifically about the GERD. Every civil servant has been forced to buy a saving bond paying her one-month salary in 12 installments. They have also made a relentless but unsuccessful campaign to entice the Ethiopian diaspora. The perverse method applied to sell bonds to households was followed by an even more crude procedures meant to force bonds on the business community. Private Banks have been compelled to purchase bonds equivalent to 27 percent of their annual loans. However, this does not apply to government owned banks. Banking is effectively government monopoly, the three major state-owned banks hold 73 percent of the total bank assets in the country, 63 percent for the Commercial Bank of Ethiopia alone.

The sovereign bond saga is a yet another maneuver to raise funds the government so desperately needed to finance the ill-conceived mega projects. This time the movement is on a less comfortable and unfamiliar terrain beyond Ethiopia’s borders, in the international market arena where the regime cannot apply brute methods to enforce bond purchases. Perhaps for the first time in its rein, Ethiopia’s ruling party will have to play by the rules.

Accordingly, it set out with a calculated move to secure a “sound” credit rating from known global agencies. In a quick succession during the first half of May 2013, credit rating agencies offered the government exactly what it needed. Fitch Ratings and Moody’s assigned ‘B’ and ‘B1’ ratings to Ethiopia, respectively. These endorsements opened the door for a debut on international capital markets.

However, the government rhetoric notwithstanding, most economic analysts know that the fundamentals of the Ethiopian economy have not reached the level that warranty the kinds of credit ratings offered to Ethiopia. For instance, in May 2012, three months before Meles Zenawi died, the Economist observed:

JUST how sustainable is Ethiopia’s advance out of poverty? This is a vexed topic among bankers and others in Ethiopia who hold large wads of birr, the oft devalued currency. Despite hard work by the World Bank, oversight from the International Monetary Fund, and studies by economists from donor countries, it is not clear how factual Ethiopia’s economic data are. Life is intolerably expensive for Ethiopians in Addis Ababa, the capital, and its outlying towns. Some think Ethiopia’s inflation figures are fiddled with even more than those in Argentina. Even if the data are deemed usable, the double-digit growth rates predicted by the government of Prime Minister Meles Zenawi look fanciful.

Similarly, soon after Ethiopia received the favorable credit ratings, the International Monetary Fund “warned that the pace of accumulation of public sector debt to finance major investments in dams, factories and housing construction “deserves close attention.”’ Given these reservations about the credibility of Ethiopian authorities, it is perplexing as to why the ratings agencies endorsed Ethiopia to enter the global capital market.

This could have happened only if Ethiopian authorities have utilized their familiar strategy: buying the services of powerful and highly connected lobbying firms. This has become a familiar last resort for authoritarian regimes in Africa. Ethiopia reportedly allocates a sizeable budget to pay for prohibitively expensive lobbyist service fees.

Public sector debt has been growing at alarming rate. As Horn Affairs reported recently, “Ethiopia’s public sector debt grew threefold in the past five years. The total outstanding external debt surged from $5.6 Billion in 2009/10 to $14 Billion in 2013/14.”These are increasingly becoming commercial or non-concessionary loans such as those from China. Ethiopia’s premature entry into the sovereign bond market amounts to adding fuel to a flame.

IMF predicts Ethiopia’s “total debt to GDP increases from 24 percent to 48 percent of GDP in 5 years, posing risks to debt sustainability. External commercial borrowing entails risks even under the assumption of a highly efficient big-push public investment program.”  This means unlike in the past when funds have been flowing in through free grants or soft loans, debt servicing will soon become a huge burden on the Ethiopian economy, given the government’s wasteful investment and a shift from soft to commercial loans. However, it is anybody’s guess whether or not the regime will stay long enough to face the consequences of its decisions.

*The writer, J. Bonsa, is a regular OPride contributor and researcher-based in Asia.