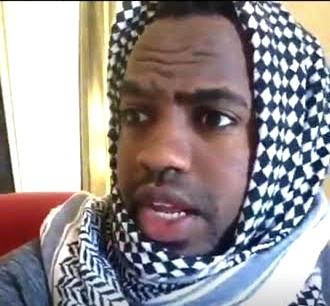 On Nov. 10, 2013 Sadam Haska, 23, started his popular Facebook-based Oromo Vine with a simple post: “Hey guys plz pass these to your friends.” The page now commands more than 6000 likes.

The Brisbane, Australia based comedian and satirist says he was propelled into action out of frustration that the Oromo — despite being “funny and numerous”— lacked proper venues to channel their inner funnyness.

Haska is the lead actor and producer of the vlog collective. Most of his stints focus on smart caricutures of the tension between Oromo and western culture. But Haska says his work is not all for laughs: he has taken stances on social issues such as #OromoProtests and also challenges old customs such as certain Oromo marriage practices. Last month, during his visit to Melbourne, he sat down with OPride contributor Sinke Wesho. Here is the full exchange.

OPride: Most people know you as Sadamiyyoo, where does the name come from?

Sadam Haska: Actually most people know me as Abba Jaafar but Sadamiyyoo is an endearing name my little sister uses whenever she needs something from me.

OP: Where did the name Abba Jaafar come from?

SH: Almost everyone asks me “so, who is Abbaa Jafar?’’ There is this girl who used to call me Abba Jaafar, or sometimes ‘Abbaa Jafoo Kiyyaa.’ But the name doesn’t have any special attachment or history behind it. It came out of the blues and stuck.

OP: Where did you get the idea for the Oromo Vine?

SH: It came from the desire to have what other people do. Most countries and language groups have their own vines so I figured ‘why not us.’ Why do we have to always be behind in every aspects of life when we in fact have so many talents and talented people. So in 2014, I took the initiative to create the page on Facebook. The Oromo vine is about laughter, comedy and having fun, but it also brings our youth together and I hope to offer creative ways of teaching our culture and language, particularly for the diaspora youth. It is slowly getting traction and now a lot of people know Oromos have a vine.

OP: Could you briefly explain what a vine is?

SH: A vine is a 6 second video app that people use to upload videos, mostly funny acts and share it around the world.

OP: Where do you draw the inspiration for your videos?

SH: My inspiration and jokes come from the everyday experiences of Oromo people. I am learning that we are one very funny society. When Oromos speak or go about their activities, if you pay a little attention, there are a lot of funny characters and characteristics that can make for good laughs. Even in difficult times an Oromo is seen doing something funny. All people have humor and humorous ways of conveying a given message but Oromos have not found a way to develop comedy in the media world.

OP: Are your jokes something you copy from other languages or they are your own creations?

SH: No. I am very careful about copying ideas or texts from other places. I live among some very humorous people including my father and I have found a way to turn those moments into funny videos. As all comedians do, the rest is playing off your own audience.

OP: Is what you do time consuming and is there any particular time that you dedicate to making funny videos or time to be sarcastic? What happens when you are on the train and a funny idea comes to your mind?

SH: I am really strict about when I write and record my jokes. I make the videos on weekends; I try to do at least two if not more and release one after the other. I typically release one or two videos every three weeks or sometimes once a month. I don’t think about my jokes while on the train (laughs), if a funny idea comes to me, tough luck. What comes before the weekend is unfortunate because I won’t be able to write or record it at that moment?

OP: Your video are funny and humorous, is it all about laughter?

SH: Pause. Not all the time. If you have noticed in videos that talk about marriage and relationships, I focus on the true colors of our men and women. Most people in our generation, particularly girls, think that their partners are not romantic and are backward. I realized that our people are not verbally expressive especially on matters such as love and relationships. Facial expressions and body language play a bigger role. For example, when Abbaa Jafar said ‘’waxiin soqqidda hin qabu, fooni hin bilchaannee,” most girls’ impression is that the men are not appreciative.

But you notice before this words, Abba Jafar wiped his mouth with his shirt and took a moment and decided to speak up by complaining. That is the point people miss. If you notice in western culture even if you don’t like something, you pretend to have liked it. It is just the reverse. So to make the story short, my videos are about appreciating our cultures, learning from it. I also try to teach people about our art and clothing. If you saw the dating video, for example, the vines are not just about being plain sarcastic, I try to relay critical messages on many aspects of our community and culture.

OP: You speak four languages, and have lived in two continents; do you attract speakers of these languages and residents of these countries?

SH: Yes, I was actually born in Somalia and raised in Kenya, at the Kakuma refugee camp to be specific. In Kenya, I learned to speak Somali and Swahili while my dad dictated Afaan Oromo to me. I also speak English. Although I speak these languages I have only tried doing vines in Afaan Oromo. Currently, most non-Oromos who speak Afaan Oromo also have access to my work. Even those who don’t speak the language often ask me to interpret the videos for them. But, above all, the most common and encouraging compliment has been: ‘’I don’t understand what you are saying but I really like what you do.’’ 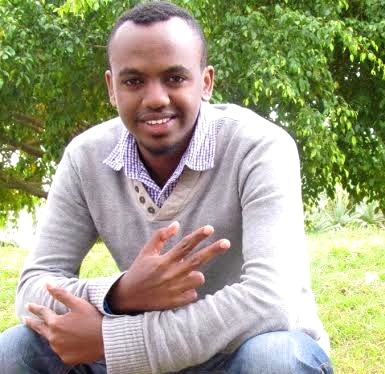 OP: Do these experiences of location, culture and language matter when you are a comedian?

SH: For one to formulate anything worthwhile environment matters. The places I have lived and the cultures I experienced are very important to me when and how I make certain statements and cross-cultural references. But language is the most critical factor. You need to be culturally sensitive and use appropriate languages even when you are trying to make one laugh. It is really about ethics. There are people who get offended by some of my jokes. I have learned a lot more about my people and what are sensitive and what are acceptable since I started doing these videos. There is an incident where a fan wrote to me complaining about how I always make fun of our people and denigrate them. Others are very encouraging and confide in me for pulling out the truth about us and revealing some dated and unrepeatable practices. These feedbacks allow me to learn and change a lot of things. It is sometimes discouraging that I have to repeatedly replay each video before release to ensure that it does not offend anyone.

I always think about my fans and try to think about what would offend them and edit the videos accordingly. I respond to criticisms with more jokes I guess (laughs). Still, there are those who think I am too negative about my people, and myself but that doesn’t discourage me. It tells me a lot about what I should say or not say but other than that I always try to focus on making my jokes as sensitive, informative and relatable as possible.

OP: Who are the movers and shakers of Oromo vine and where are they based?

SH: Actually there are two pages of Oromo funny videos. There is the Oromo Vines and Oromo Vines and Funny. We are four guys based in different countries. We came together on social media and decided to come up with the ideas, and we created these two pages. I am based in Brisbane, Australia; Nassir is based in London while Lukman and Ahmed are based in Sweden. We communicate but mostly the videos are done separately. If we need to promote some national issues like the #OromoProtests we talk to each other and try to collaborate on those projects.

OP: Are you going to keep doing the vines?

SH: Well, yes. It began from 6 seconds to 30 seconds and now I’m planning to make videos that would last about 15 minutes, more like a short skit. And we will see what will happen from there.

OP: What do you do when you are not doing the vines?

SH: I’m 23 years old young man. I do what every ordinary young person of my age does. I go to school, work out at the gym often and I also have a paid job.