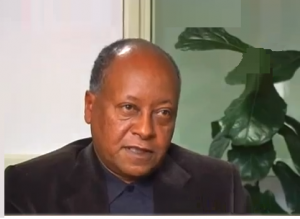 (OPride) — The Oromo social web have been buzzing over comments attributed to senior Ethiopian official, Abay Tsehaye. In a leaked audio Tsehaye can be heard threatening officials from the state of Oromia for a delay in implementing the controversial Addis Ababa master plan.

Ethiopia is also gearing up for yet another symbolic election. The two events signal the potential return of crackdown on Oromo leaders and human rights activists.

In recent years the ruling Ethiopian People’s Revolutionary Democratic Front (EPRDF) has adopted a series of draconian legislations to profile and target dissenting Oromos. If EPRDF’s conducts during the past four elections are any guide, the persecution of the Oromo is likely to increase over the next few months ahead of the May vote.

The Tigrean Liberation Front (TPLF) controlled regime in Ethiopia associates every dissenting Oromo with the Oromo Liberation Front (OLF). After proscribing the group as a terrorist organization in 2011, authorities have turned to two legal instruments adopted in 2009 to criminalize and eliminate any presumed threat to its reign: the Civil Societies and Charities law and the Anti-Terrorism Proclamation.

Counterterrorism has been on the international agenda since 1934 when states made a failed attempt to come up with a comprehensive international convention to prevent the rising threat of terrorism.

Most states now agree on the increasing risks of terrorism and the need for collective response. However, given the lack of comprehensive convention or even an agreement on what constitutes terrorism, national counterterrorism efforts have contributed to the worsening of human rights and civil liberties, especially in authoritarian states such as Ethiopia.

In its preamble Ethiopia’s Anti-Terrorism proclamation states that it aims, inter alia, to enable the country cooperate with other states in the fight against terrorism and to enforce its international obligations. However, the EPRDF made the true purpose of the legislation clear by proscribing major opposition groups as terrorists, thereby systematically reserving legally sanctioned powerto relentlessly crackdown on any opposition to its rule.

Article 3 of the law stipulates very broad and vague definitions of terrorism, which has enabled the government to severely restrict human rights in violation of both the country’s constitution and its international treaty obligations. The disproportionate targeting of the Oromo using the counterterrorism legislation has been confirmed by independent investigations by human rights organizations such as the Amnesty International and Human Rights Watch. The proscription of the OLF as a terrorist organization has made it easier for the TPLF regime to profile and intensify its crackdown on the Oromo.

Restrictions on Freedom of Association

The Ethiopian Constitution provides for the legitimate exercise of the right to assembly. However, the vague provisions of the anti-terrorism law has given the regime a free reign to link any attempt to advocate for the    advancement of Oromo rights as a ‘moral’ support for the OLF. Authorities label any conscious Oromo as having involvement or sympathies for the OLF and hence a terrorist.

Multitudes of Oromo youth, activists and leaders involved with legally recognized political organizations, civil society groups; religious and cultural institutions have been victims of such unfounded association. Even critical members of the Oromo People’s Democratic Organization (OPDO) are not immune from this collective persecution.

The anti-terrorism law classifies ‘damage to property’, natural resources, historical or cultural heritages, and interruption or disruption of any public service as acts of terrorism. The legitimate exercise of the right to peaceful assembly could result in a minor breach involving any of these activities effectively enables the TPLF government to classify them as terrorist activities and make a prior restraint to the right to peaceful assembly. These activities could have been governed under ordinary criminal law. One of the main purposes of an anti-terrorism legislation is to tackle serious threats to civilian lives not minor offenses that could be dealt with within the bounds of the existing criminal law.

Over the past half-decade thousands of Oromo students, teachers, business owners and farmers, who took part in peaceful protests, have been charged with under the sweeping legislation. These include those who were detained, tortured or killed last year following Oromia wide protests against Addis Ababa’s master plan, which Tsehaye has vowed to implement with or without regional support.

Restrictions on Freedom of Expression

EPRDF has no tolerance for any dissenting political views but the impact of suppressing Oromo’s freedom of expression is far reaching. The anti-terrorism law provides harsh punishment for ‘publishing or causing the publication of a statement that is likely to be understood by some or all of members of the public to whom it is published as a direct or indirect encouragement for terrorism.’

Such broad definitions have enabled the government to crackdown on Oromo journalists, bloggers and anyone who is critical about its oppressive laws and policies.

Currently, there is no active independent TV, radio, newspaper or magazine in Afaan Oromo inside Ethiopia. The government actively monitors and routinely blocks media outlets based outside the country. Oromo journalists working for state owned media that dare speak out on the interest of the Oromo nation are persecuted or threatened with dismissal. This restriction on freedom of expression has made independent Oromo press non-existent.

In theory, the 1995 Ethiopian constitution provides extensive guarantees for the rights of the Nation, Nationalities and Peoples in Ethiopia. Its preamble commences with the phrase ‘we the nations nationalities and peoples’ asserting the role of the constitution as an expression of their sovereignty and inalienable right to self-determination. The constitution also aims to rectify the oppression perpetrated against minority ethnic groups under previous Ethiopian regimes.

It makes the country’s nations and nationalities the sovereign power holders, entrusts them with the power to interpret the constitution and guarantees their right to self determination which extendsfrom establishing autonomous regional government to an independent State.

The formation of Oromia state was a vital step toward ending the century old yoke of oppression against the Oromo. The constitution gives Oromos the right to establish an organization, which can advocate for its self-determination. The decision to remain within federal Ethiopia or to form an independent state through a referendum is theirs to make.

The broad and vague provisions of Ethiopia’s terrorism law and its aggressive and discriminate application undermines Oromos right to self-determination, violates the country’s constitution and international treaties ratified by the country. The law has made it impossible for the Oromo to enjoy their right to self-determination in all of its expressions such as celebrations of Oromummaa, Waaqeffannaa, Afaan Oromo and Oromo history without fear of persecution. It is unthinkable to even imagine the establishment of a political organization that openly advocates for the creation of independent Oromia through referendum. All these acts are construed as terrorism and punishable under the anti-terror law.

The constitution vs. Oromo rights activism

This means that the raft of oppressive legislations adopted by EPRDF, including the anti-terrorism proclamation are in clear violation of the constitution and a range of international treaties. This also includes the decision to expand Addis Ababa’s jurisdiction with clear disregard to a series of individual and collective human rights of the Oromo andthe constitution’s “special status” clause with respect to Oromia’s rights.

Unfortunately, the 1995 Constitution suffers from various contradictions including some rooted in the document itself. In fact, it is used to create a facade of democracy and cover up EPRDF’s despotic rule. Besides, the constitution entrusts the task of interpreting the law to the House of Federation. The EPRDF dominated House considers the constitution as a political rather than a legal document. These factors made the constitution practically illegitimate outside the governing party. It serves the sole purpose of defending the regime’s transgressions.

Oromo activists should continue to appeal to international organizations and donors to put pressure on the Ethiopian government to respect human rights and monitor their aid disbursements. Yet real solutions to Oromos quest for liberty, equality and justice lie in locally based response. Given the circumstances, there is no better place to start than demanding the implementation of the constitution itself. Unruly officials like Abay Tsehaye must be challenged using the same constitution that they swore to uphold but break at will. And they must be brought to justice for the gross human rights violations they are committing against innocent civilians.

—The writer, Bona Geshe, is a former instructor at the University of Gondar School of Law. He can be reached at boniswrld@gmail.com