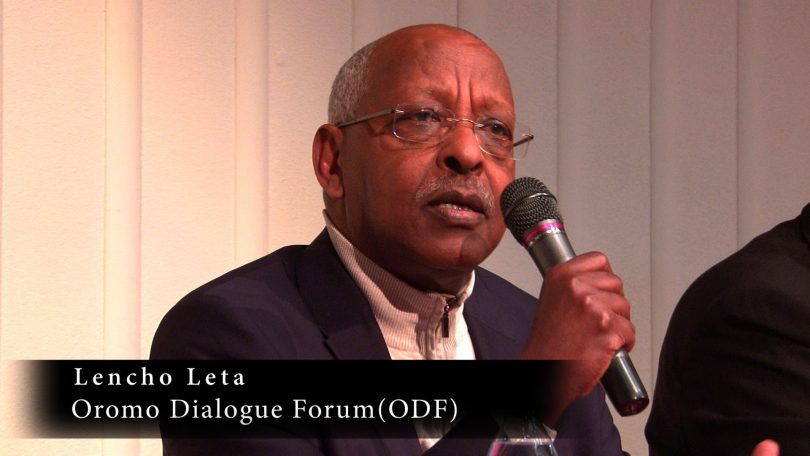 (OPride) — I read Lencho Lata’s recent op-ed, “Electoral Absolutism in Ethiopia,” with great interest. Ethiopia is approaching a political dead end and there is no better alternative to seeking compromise and a third way.

The absolutist idea of the Ethiopian elitist that Lencho so aptly described and the severe political and ethnic polarization that currently exists will eventually end all of us in mutual annihilation and self-destruction. Far from being a panacea, as Lencho noted, elections may in fact aggravate these acute divisions.

It’s not difficult to envisage that yesterday’s Somalia and Rwanda could pale in comparison of what awaits us unless we do something about it. Yes, Ethiopia’s dire situation is that much serious. Instead of seeking the way to save ourselves, we are feasting, drinking, dancing and quarrelling among ourselves when the ship we are all riding on is sinking and sinking fast. Our hatred and acute divisions have blinded us from seeing what is right in front of us. We are heading towards disaster of epic proportion, oblivious to the ferocious storm on the horizon.

As Lencho hinted at, there are three dominant visions about Ethiopia’s future among the elites: The forces of status quo, status quo ante and the centrifugal force. The first one refers to the ruling party. For Ethiopian Peoples Revolutionary Democratic Front (EPRDF), nothing should be changed, for they have already resolved the country’s political problems; democracy is flourishing and the ethnic problem is behind us and development is taking root. For them, this government is highly stable and no force under the sky could challenge or replace it, through force or otherwise. The EPRDF sees opening the political space as a risk that endangers peace, stability and development.

For the Amhara dominated opposition, all of Ethiopia’s political problems start and end with the introduction of ethnic federalism. They maintain that the EPRDF manufactured non-existing conflict, thus pitting ethnic groups against each other and putting the country in danger of imploding. For them, the people in Ethiopia lived in peace and harmony prior to TPLF’s arrival. Therefore, their primary objective is to get rid of the federal arrangement. They want to do this by coming to power by all necessary means.

For the outward looking Oromo forces, the TPLF regime is just an extension of the historical habesha rule, and nothing fundamental has changed since it came to power. Oromia is still under Ethiopia’s colony.  The only option for the Oromos is to liberate and decolonize Oromia by armed means, and establish an independent Oromia. No solution short of Oromia’s independence is good solution for them.

Aren’t these schisms of religious proportion? How does one even venture to dream to close such a huge chasm?  “How dare Lencho try to reconcile such mutually exclusive interests and ideas?” ask those who are initiated among us. And others throw temper tantrums screaming that Lencho surrendered the Oromo position by pursuing a compromise solution. To be sure, Lencho is no body’s fool. He has no illusion that people will so easily leave their deeply held convictions behind. In fact, he is not even suggesting any solution. He is simply submitting that we overcome our long held zero sum worldview. Lencho is saying we should start talking about the country’s general direction and how to manage our differences before going to the polls.

True, we should have had these dialogues before the constitution was adopted. It is unfortunate that the Ethiopian constitution was rushed and adopted before conducting a robust discussion among all stakeholders. In other words, no constitutional moment was generated. This had an effect on the legitimacy of the constitution itself, as well as on the lack of consensus on the direction the county should take. And we are now paying the price for those misadventures. However, that is then and this is now. And we cannot simply sit around and lament how the constitution came into existence and what went wrong at the initial stage. We have to make the best out of the current situation.

There are three fundamental facts that should compel all the forces to come out of their shells and sit down for an all-inclusive dialogue. (1) The current situation is unsustainable and change is necessary, (2) It is impossible to go back to post ethnic “federation” arrangement, and (3) The Oromo question should be solved within the Ethiopian context.

The ruling party clearly is oblivious of the coming danger. As with many non-democratic governments, the EPRDF is either in denial or incapable of seeing what is breeding under. Like in the Titanic, those on the upper deck do not comprehend the gravity of the situation, while we who are under the deck, are seeing that the ship is leaking, and we are scrambling and screaming. As with the Titanic passengers, EPRDF leaders insist nothing could sink this exceptionally well-built ship, and that any problem, such as the recent Oromo students uprising, is just a bump that can be overcome with a little bit of maneuvering. The existing power arrangement, which is dominated by one party, disfranchised many, and monopolized power in one ethnic group’s hands. And the ruling elite’s cluelessness and uncompromising mindset is one of the major obstacles to peace and democracy in Ethiopia.

The second major obstacle is the Amhara dominated opposition’s denial of the change that has taken place under EPRDF and their unhealthy obsession with undoing the federal arrangement. They are oblivious of the benefit that the non-Amhara ethnic groups achieved out of this change. As a result they have failed to grasp that the current administrative structure is here to stay. It is unfortunate that they have become so self-absorbed to see the condition of others. They simply want to wish away the existence and aspirations of other ethnic groups. The only unfairness they recognize is to their own group. The only victims they ever see are themselves. This empathy free, extreme self-absorption has created a rigid mindset that has become a major obstacle to compromise.

The Oromo elites’ outward focus on resolving the Oromo question is another major obstacle to compromise.  The insistence on separation from Ethiopia hinders opportunities for dialogue with other groups. This is further aggravated by the existence of an influential sub-section of this group that is totally obsessed and consumed with past grievances. It’s so unfortunate that such elites with victimhood mentality have acquired a strong foothold in the Oromo movement that has a just cause and democratic tradition. This group is totally disconnected from the reality on the ground and wants to frame the Oromo question solely based on what happened in the past. It’s as if they are saying, “We are miserable therefore we are.” This has a self-defeating quality and assumes Oromos grievances are unique and insoluble. It’s not surprising that this group thinks the Oromo question could not be solved within Ethiopia. However, the Oromo have the potential to be a bulwark of democratic transformation in the Horn of Africa, and not wallow in self-pity and limit itself. We cannot control our past circumstances, but should be able to control our response.

At least in principle, in a truly democratic federation the Oromo could achieve a status that’s commensurate with its population size. Oromos will not be relegated to a minority status forever. Its numeric strength would not allow that in the long run. But these elites are blind to this fact, and underestimate the power of population size in a democracy. And this is a huge hurdle to reach compromise with others.

In general, each of these groups believe that compromise is not possible as a result of the other group’s actions rather than one’s own actions or the situation that both groups are in. Lencho’s characterization of their position challenges these preconceptions. They selectively support his characterization of the other groups, which confirms their prior attitudes and beliefs. The lack of contact between these groups aggravates this uncompromising mindset. It’s easier to demonize a group or person you do not personally know or have no contacts with. This is why Lencho’s effort to establish communication channels between such divergent groups and his recommendation for robust discussion among them is of paramount importance.

A lasting solution for Ethiopia’s political crisis cannot be found especially by excluding any of the major groups: Oromo, Amhara and Tigray people. This is the basis from which we should start going forward. And this could be achieved only through cooperation, not by any one single group’s volition. To be clear, there are serious and acute rifts between these groups. However, by realizing the enormity of the current situation, we also develop the capacity to appreciate the concerns and fears of other groups. Then, may be then, we will start to listen to each other, which is the first step in finding a solution through compromise.

It’ll be difficult to compromise on strongly held beliefs, but moral conviction stymies political compromise. We can keep in check the uncompromising mindset of others by having a cooperating mindset that respects and validates its opponents. Even in such a difficult situation, one must rise to the occasion. Lencho who was the personification of an uncompromising mindset was able to rise above the fray and see the big picture and come up with a compromise idea. The almighty will not get down and solve our problems. It should start somewhere and by someone who will dare to take the first unpopular move at the great risk to his or her physical wellbeing and personal reputation. Lencho just did this, and it’s up to us to build on it.