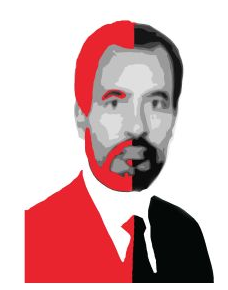 (OPride) — “On each trip to prison to visit my father, I pray, ‘Dear God, let there be no reason for me to come back again,’”Bontu Bekele Garba, wrote in a Facebook note on Feb. 6.

“Nearly four years have passed since I begun shuttling back and forth between Maekelawi, Kaliti and Ziway prisons — but my prayers remain unanswered.”

“I did what I could and I don’t need special thanks,” Garba told ESAT TV in a phone interview, shortly after his release. “In fact, my sacrifices pale in comparison to what many young people, who could accomplish so much in their lives, are facing in these prisons.”

Garba, then-the Deputy Chairman of the now defunct Oromo Federalist Democratic Movement (OFDM), was arrested in August 2011, along with another Oromo leader Olbana Lelisa, within days of meeting with visiting Amnesty International researchers. Garba was originally sentenced to eight years in prison in November 2012 on charges of crimes against the state based on alleged support for the outlawed Oromo Liberation Front (OLF). His sentence was later reduced on appeal.

Garba was supposed to be freed on parole in February 2014 after serving two-thirds of his reduced sentence. However, authorities denied his request for early release without giving any reason. Observers note the fact that the time coincided with stiff internal opposition to the Addis Ababa Master Plan as the key reason why his request was denied. Ethiopian authorities are known to free high profile prisoners only during politically opportune moments.

This has raised questions about the timing of Garba’s release this week. Ethiopia plans to hold national elections next month. Since his arrest, Garba’s OFDM has joined forces with Olbana’s Oromo People’s Congress to form the Oromo Federalist Congress (OFC). OFC is the only notable challenge to the ruling Ethiopian People’s Revolutionary Democratic Front (EPRDF) in the state of Oromia.

The Oromo People’s Democratic Organization (OPDO), the Oromo associates in the EPRDF coalition, has been on a bit of a celebratory binge. In late January, OPDO orchestrated a festive power transfer ceremony at Odaa Bultum, the Gadaa administrative center in Eastern Oromia. On March 21, they inaugurated the Calanqo memorial monument, which commemorates the Oromo martyrs who died fighting the invading Abyssinian army at the battle of Calanqo on January 6, 1887. A musical extravaganza in Adama town, organized by OPDO to commemorate Oromo music legend Ali Birra’s Golden Jubilee, followed a few days later. Again, on March 25, the party inaugurated the Oromo Cultural Center, built with more than 311 million birr, in Addis Ababa, which doubles as Oromia’s and federal capital. The party celebrated the 25th anniversary of its founding a day later.

That the OPDO is busy with such lavish celebrations in the thick of an election campaign is so telling. The ruling party wants to give the upcoming poll a semblance of fairness by playing up its economic credentials, as well as the revival of Oromo culture and history. OPDO has used the state-controlled media to drum up the celebratory mood almost around the clock in recent weeks. The party’s desperate bid for validation by the Oromo mass is puzzling given that the upcoming poll is expected to be the least uncontested election even by Ethiopia’s own standards.

Regardless of its timing and whatever political calculus was at work, Garba’s release is a welcome relief for his family and his supporters the world over. “Earlier this morning, I forced myself out of sleep and started the usual journey to Ziway (Batu) prison with my mother Lidiya,” Bontu wrote in February. “We arrived in Ziway (162 kms southeast of Finfinne) after two hours on the bus. The dust near the prison was not like what I have seen before. The people, animals and houses in the area are covered by dirt and have changed their natural colors.”

“But I was pleased to find my father healthy,” she continued. “I was particularly happy to see his long beard all grown again. I was sad to see that his beard is now covered by gray hair, which suggested he was aging faster. But I was thrilled to witness that his resolve, spirit and confidence remain unshaken.”

It remains unclear if Garba will run for office in the upcoming elections or take a break from politics. But Bontu’s assessment of her father’s strength and fighting spirit seems impeccable. In an interview with the Voice of America’s Jalane Gamada on March 31, a day after his release, Garba sounded upbeat and unrepentant. Asked if he’s now cleared of all wrongdoing, Garba flatly said: “I did not commit any crime to begin with; I was a member and leader of a legally registered opposition party; the alleged criminal charges brought against me were all false. For example, they accused me of going to Sololo [a town near Ethio-Kenya border that Ethiopia considers an OLF hideout] and receiving a military training. I was convicted based on false eyewitness testimony.”

Garba received wide acclaim from Oromos and non-Oromo alike for his eloquent and fearless speech during his sentencing. OPride.com’s translation of his now infamous speech is worth quoting at length:

In my lifetime, he told the presiding judge, “I have opposed injustice, discrimination, ethnic favoritism, and oppression.” I am honored to learn that my non-violent struggles and humble sacrifices for the democratic and human rights of the Oromo people, to whom I was born without a wish on my part but due to the will of the Almighty, have been considered a crime and to be unjustly convicted.

“If apology was warranted,” Garba continued.

I would seek it not from the court that found me guilty of a crime I did not commit but rather from my people as well as the Almighty; for my people for failing to fully speak to the depth of their suffering in the interest of the co-existence of peoples and from the Creator if my zealous defense of the rights of the Oromo people was done to further my personal interest or to aggrandize my personal fame rather than to promote the long-term desire of all the people of the country to live in freedom, dignity, and equality.

With that defiant and inspiring speech, Garba joined such Oromo luminaries as Haji Robale Tura, Mamo Mazamir, Taddasaa Birru and Haji Adam Saddo — who left an indelible ink on Oromo history by speaking to truth to power with so much courage and conviction during a moment of great personal trial.

One of OPride’s Oromo Persons of 2012, Garba was born in the village of Gida, near Boji Dirmaji. He taught English at Alemi Teferi in Dembi Dolo and Najo High Schools before moving to Addis Ababa to complete his PhD.