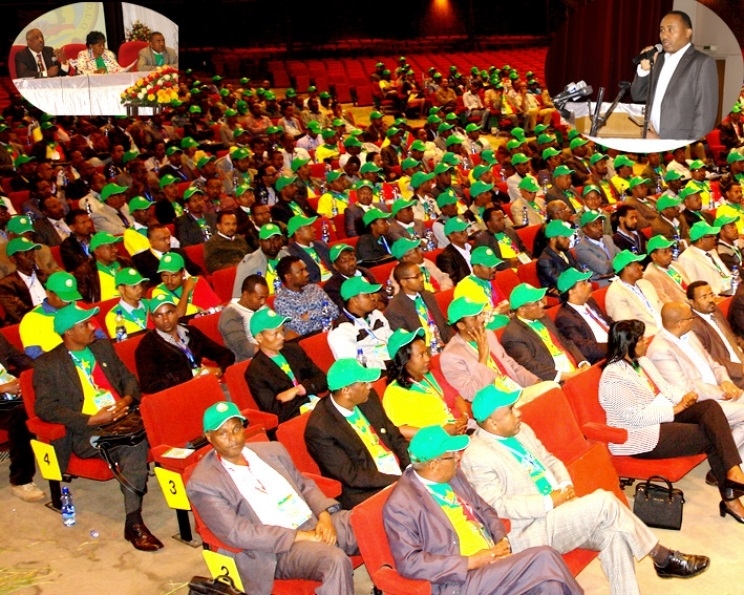 (OPride) — More than 150 people have been killed and hundreds wounded in Oromia as protests over the Addis Master Plan enter the second month.

The plan, unilaterally devised by the federal government, aims to expand the city’s territorial reach into Oromia state. The Oromo people, who make up more than 40 percent of the Ethiopian population, see the plan as a systematic land grab which will evict millions of Oromo farmers from their ancestral land.

If implemented, the Master plan will push the Oromo further to the peripheries of Ethiopia’s social, economic and political power. It will endanger the territorial integrity of Oromia and undermine the country’s linguistic-based federalist system.

The only Oromo opposition party, the Oromo Federalist Congress (OFC), faces increasing restrictions and harassment under the country’s draconian anti-terrorism proclamation. Its members and leaders, including deputy chairman Bekele Gerba, OFC secretary and former Member of Parliament Dejene Tafa and the party’s Youth League leader Desta Dinka have been arrested in connection with the still-ongoing Oromo protests.

The Oromo People’s Democratic Organization (OPDO), one of the four main parties that make up the ruling Ethiopian People’s Revolutionary Democratic Front (EPRDF), has been the chief enabler of the oppression of the Oromo people since its creation by Tigrayan People’s Liberation Front (TPLF) more than two decades and a half ago. OPDO was created to legitimize the TPLF rule in Oromia and counter the popular support for Oromo Liberation Front (OLF).

OPDO officials have been evicting Oromo farmers from their land to make way to the rampant land grab in Oromia for the benefit of TPLF officials and foreign investors. Its top leadership continues to delude itself that democracy takes time to build but the Oromo people’s long-suppressed calls for freedom and equality is being raised by the youth and low-ranking OPDO members who joined the party to secure government jobs.

OPDO needs to take genuine and concrete actions to address the ensuing public grievances through formal and informal channels. That starts with condemning the indiscriminate killings of unarmed and peaceful Oromo protesters by security forces and the military.

In theory, Ethiopia’s federalist constitution provides for regional autonomy and decentralization but power remains highly centralized in the hands of few TPLF officials.

Without OPDO’s support, TPLF will not stand a chance in Oromia. It is time for the OPDO to take a unanimous stand against the master plan and reject TPLF’s land grab scheme disguised as development and demand full participation of the Oromo people in the country’s economy and politics.

Some OPDO members had already explicitly objected to the master plan since it was first unveiled in April 2014. As the supreme state level legislative organ the Oromia state legislature, Caffee, which is controlled by OPDO, has the power and duty to challenge a legislation unilaterally devised by a federal government, which is contrary to the division of power guaranteed by the federal constitution. The Master Plan endangers the livelihoods of millions of Oromo people and the Caffee should challenge its implementation and repeal any enabling act it has adopted for its implementation if there is any.

The OPDO had in the past tried to limit Finfinnee’s uncontrolled expansion into neighboring Oromia towns through the establishment of Special Zones in 2009.The effort to mitigate the spillover effects of the capital’s enlargement should be followed by a clear demarcation of Addis Ababa’s territorial limit. And the OPDO should pressure the federal House of Representatives to come up with a law that ensures Oromia’s special interest over Finfinnee to be realized. The recent establishment of a task force to study this long awaited Oromo demand was nothing more than a desperate and deceitful attempt meant to quell the ongoing uprising.

Communications Minister Getachew Reda has labeled the Oromo protesters demons and terrorists for merely demanding the respect of their basic rights. Thousands of Oromo students, leaders and civilians have been rounded up in a crackdown that is reminiscent of the Dergue’s asessa. Even OPDO members who opposed the ongoing brutal crackdown by security forces have been unjustly detained.

It might be naive to expect OPDO leaders to stand up to the TPLF after more than two decades of subservient relationship but the fact that they are not immune from TPLF’s brutality and oppression should serve as the final wake-up call.

From Meles Zenawi to Abay Tsehaye and low-ranking TPLF cadres and their supporters such as Mimi Sebhatu, TPLFites have time and again accused OPDOs of harboring sympathy for the OLF and for empathizing with the daily trial and tribulations of Oromo people.

One thing is certain: the injustice and violent crackdown, arrests, and torture of innocent Oromo students, academicians, journalists, farmers and opposition party members is not going to stop the Oromo struggle for freedom and equality.

More than two decades of relentless oppression have shown the Oromo that they rather die fighting than being enslaved and rendered landless. It is time for the OPDO to cease oppressing its people and say enough to being used as a tool to justify TPLF’s oppression. OPDO leaders have a choice to make: either to keep doing the bidding for an oppressive minority regime or turn the game around by backing the demands of more than 40 million Oromos. These demands include calls for genuine self-rule, an immediate halt to the Addis Ababa master plan, the release of all Oromo political prisoners, launch an independent investigation into the killings of Oromo protesters and bringing those responsible to justice.

The author Bona Geshe is a former instructor at the University of Gondar Law School and a Constitutional Law and Human Rights researcher. He can be reached at boniswrld@gmail.com.