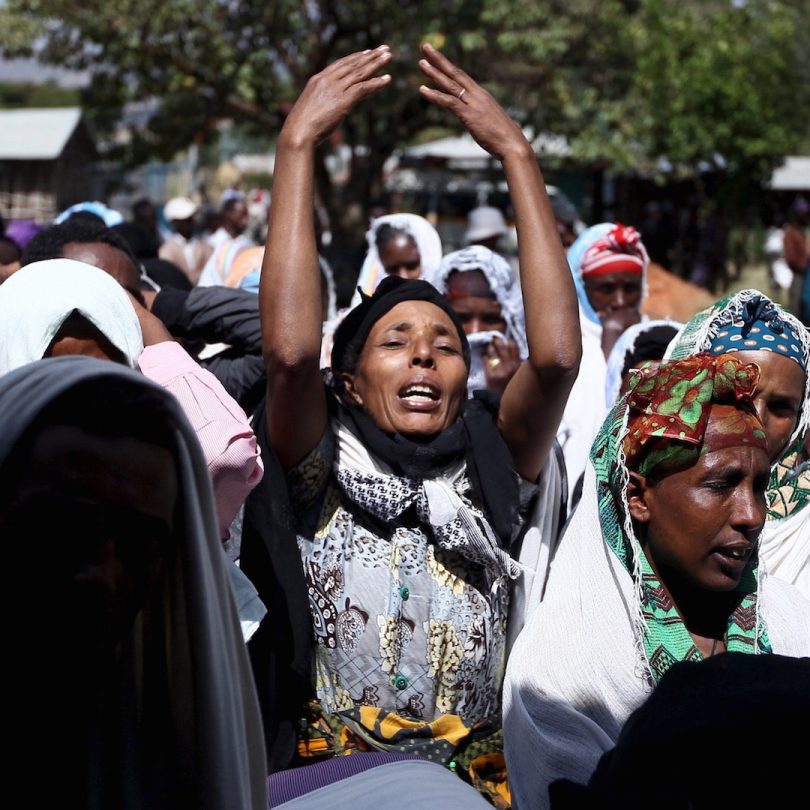 (OPride) — Last week, I read an angry, anguished and daringly eloquent letter from ijoollee Jalduu, a young Oromo from the flashpoint town of Gindo in southwest Shawa, the epicenter of the still-ongoing popular resistance against the Ethiopian state.

Addressed to his countrymen — at home and abroad — the 25-page chronicle captures the depth of grievance animating today’s Oromo youth to revolt.

To a large extent, the writer dwelled on the transformation of the quarter-a-century-long indirect Tigrean rule to the current military occupation and the accompanying injustices. He also drew parallels between today’s events and emperor Menelik’s foray into the heartland of Oromo territory in the 1880s and the Italian occupation of Abyssinia in the 1930s.

There are many ways in which armies of occupation leave behind indelible marks. One is by their routine practice of snatching away — at night or broad daylight — young able-bodied men and women, some unconnected with the conflict, from their families. The luckiest of these families find their loved ones in some dingy prison or detention center. They may not have them back home again. But they take solace in their ability, however limited, to at least visit them. And the chances to sue, entreat, or pray for their release. Hearing about them, even in the form of rumors and urban legends, is a boon.

The luckier accidentally stumble upon or be alerted by neighbors or passerby to the dead, charred, mangled, mutilated, disfigured or leftover pieces and bits of the once healthy and beautiful bodies of their loved ones in the adjoining or distant ditches, forests, ravine, creek or parts sticking out from a mass grave. Lucky, because at least they get to bury them and get some closure. This does not mean the loss is any less tragic and painful as a mother wailing for her young son killed by the security forces in Olankomi chillingly stated, “they did not kill him. They have killed me.”

The unluckiest are those forever left in the dark, those who have to carry the heavy weight of the missing’s uncertain fate; those who are left with the overwhelming voids that no anguished memory can fill. Haunted by the forever wandering souls of the disappeared, future generations experience the loss—whether the story is told or the window into them is slammed shut.

Like a broken piece of glass, stories of the missing lodge themselves into the psyche stoking our historical memory. With every movement, the piece of glass shifts as if to remind us its presence. The families hold no public memorials and nurse the wound privately, allowing a void to live within them and sometimes it feels as if we also live within it—especially in times of distress such as the one we currently inhabit.

The trauma is the greatest when the missing happens to be a female relation. Growing up, I kept hearing the story of a great aunt snatched away by an unknown soldier in the service of Menelik’s army as it was making its way possibly from Anole and Azule to Calanqo through my mother’s birth village. Such stories are never complete and neither is mine. For example, I do not even know her name—having not asked. However, their incompleteness does not make such stories any less potent.

“Was she a fighter?” we would ask. “No, she was a young girl herding cattle ” my mother intoned.

“Where was her father?” we would ask. “A warrior, he believed a warrior’s code disallowed harming or taking children after an active battle is over” she would say.

“Did he try to get her back?” He did but unsuccessfully.

“Why did her mother not plead with the captors?” My mother answered, “She did, to no avail. The captors did not speak her language and nor she theirs.”

“Where did they take her?” “Nobody knew.”

“Nothing heard from her or about her ever since?”

“You ask too many questions, none,” which signaled it was time to move on to a different story or household or outdoor chore.

Ijoollee Jalduu’s haunting story prompted me to share a poem I wrote at a writers’ retreat in the thick of Minnesota’s famed winter in 2013. It is an ode to this great aunt and to my mother, an angel of a woman whose protective shield wards off dangers and unconditional love sustains, nourishes and keeps me alive to this day, a mother who experienced her share of the tragedies afflicting all mothers in times of civil unrest.

Today’s Oromo youth have more guts in responding to the cries of their mothers who have to deal with such unexplained and unexplainable losses, mothers who would forever be torn between whether to tell the story of their disappeared loved ones to their younger children and grandchildren.

I share this poem now in an attempt to situate the gushing new wounds of the Oromo in the context of our tortured history. The river of innocent young productive men and women disappearing in the hands of armies sent to quell civilians opposing unjust rule and occupation stubbornly continues to flow unbroken. And if we are to talk of a common future, we need to break the silence and end this vicious cycle of violence.

The notorious Agazi special forces unit is wreaking havoc throughout Oromia turning happy and peaceful rural villages into ghost towns. In its footsteps, it is condemning many mothers to lives of eternal anguish by taking away their precious young men and women to unknown destinations never to be seen or heard from again. The brutality is such that no self-respecting Ethiopian of any ideological bent, political orientation or ethnic background can and should remain unmoved. No organized state army should be allowed to terrorize anyone, let alone a huge chunk of society at will and with impunity, and hope to rule the vanquished talking as if its divine right to rule is affronted by our mere show of dissent. Silence towards such doubly insulting injustice is morally indefensible.

This is a human story of conflict. Many Ethiopian mothers have suffered the same unwarranted grief decade after decade. Most often than not, the perpetrators and their victims spoke no one language, literally and figuratively. The stories are told and retold not to open new wounds but to keep the memory of the disappeared alive and for some closure, which had eluded many a grieving Ethiopian mother, Oromo or otherwise, for generations.

An Ode to my Great Aunt

You stole my great aunt, so I know her only in fragments

In late night stories from my mother

When you dragged her away, after pillaging the village

Was it for a wife?

Or a lifelong joy toy, eternal symbol for your oomph and triumph over my forebears

Tell me; did you sap her youth and ditch her on the road to Calanqo?

Before he abandoned her doomed rescue; tell me soldier, I am speaking to you.

Or was it to desecrate the sacred land that resented your booted feet?

Tell me, I need to understand,

Did you hurl her off as war booty to your homeland, I know not where?

Or did you hand her over along with the loot to your emperor?

Tell me, how long before her spirit ceased to kick and scream against your unrelenting clutch?

Or dead defiant to the bitter end.

Tell me, did you make her one of your many concubines to nurse and cure your manly wounds?

Please do tell me, with no language shared, did you sign or gesture to make her forget her folks or accept her forlorn fate?

Do tell me, did she bear you children, nephews and nieces I had not known?

Please tell me, did you baptize her into your religion?

To be welcomed as your captive companion into heaven

I hope you flame in hell, forever forsaken.

Then again, the fruits of your aggression

The open wound in my mother’s heart that hurt to day’s end.

*Hassen Hussein, a writer, teaches Leadership and Management courses at the Saint Mary’s University of Minnesota and can be reached at hxhuss10@smumn.edu. Cover photo courtesy of Vice News.