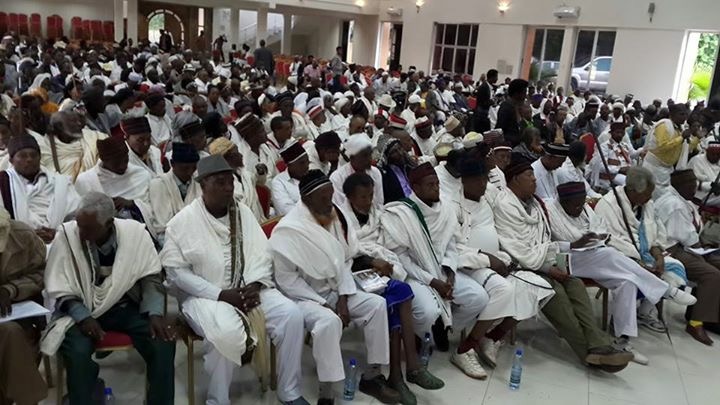 STATEMENT OF THE LEADERS OF THE UNITED OROMO GADAA COUNCIL

(Sodare, Ethiopia) – It is to be remembered that we, Gadaa leaders of the Oromo, have been working to resolve social, economic and political problems by serving as a vital link between the government and the people. With respect to the security problem facing the country, we regret that our proposed recommendations forwarded to the government are not heeded in their entirety.

Although the people have been protesting, plainly bearing their grievances, the decision of those in power to use solely military force, rather than approaching these demands through a legal means, has stood in the way of resolving the problem. Consequently, the suffering of our people has increasingly deteriorated through time from the beatings, killings and detentions. As a result, detentions, beatings, and killings on account of solely mere suspicions have been aggravated. We therefore, once again, issue, as a way out, a 13-point proposal to resolve the impasse:

1. The Oromo people, in its totality, regardless of their regional, provincial, local, religious and political opinion, ought to strengthen our unity under the Oromo Gadaa system bound together by our core Gadaa values and should strengthen our unity.

2. The army of the federal government, transcending its mandate of protecting the borders of the country, having illegally broken and entered the borders of the Oromia regional government, have settled in various Oromia provinces and localities; this army, because it is not familiar with the traditions, values and language of our people, has caused irreparable harm; therefore, while calling on our people to raise an army for its protection, as stipulated in the Gadaa, under a Supreme Command, under which different units shall be formed, so that we shall be able to resolve all troubles in our state by ourselves, also call on the federal government to withdraw its army from our backyards.

3. We demand, in one voice, that all individuals detained without committing any crime and without any due process of law to be released immediately.

4. Those who happen to be Oromo and yet have spilled the blood of their compatriots and are spilling; and have delivered your fellows nationals to harm’s way by giving false testimony, we ask you to plead, starting from today, for forgiveness from the Assembly of United Gadaa leaders seated in the name of the honored and great Oromo nation for your past crimes and stand for the legitimate rights of your fellow nationals and if you, however, in transgression of this call, from now onwards commit any crime, you shall be held responsible by the bones and blood of the Oromo and be punished as per the moral and ethical codes of the Gadaa system.

5. We demand that those Oromo displaced from their lands around Finfinne be returned and given houses in which to reside.

6. We demand that the Irrechaa celebration be relocated to Hora in Finfinne and be held there on October 1, 2016 and to this effect call on the government to allow the Oromo people along with its Gadaa elders to be allowed to congregate there to hold the celebration and for this to be officially permitted.

7. We demand that the displacement of farmers and our people in the name of urban master plans and investment schemes be halted.

8. Regarding the worsening unemployment problem in Oromia in general and the cities around Finfinne and in Finfinne itself in particular, we demand that those graduating from universities and colleges and suffering from unemployment, be provided with an enabling environment and offered support that is necessary.

10. We call on our people to organize based on its traditional moral and ethical values enshrined in the Gadaa system and we also oblige those already organized to further strengthen their structures in all dimensions.

11.The Gadaa system is the administrative system that enables the populace to resolve all social problems peacefully and sustainably. The Gadaa system is a system that strengthens our social fabric and moral values thereby guaranteeing protection of property. Accordingly, we want to it make it clear that our people shall and will be governed by this system.

12. The Gadaa system has its own flag, whose colors are Black, Red, and White. Accordingly, we call on the Oromo people and warn anyone attending all future Irrecha celebrations to bring only this flag and to desist from bringing to the celebrations the flags of any and all political organizations.

13. We demand that the Oromo language become a federal working language.