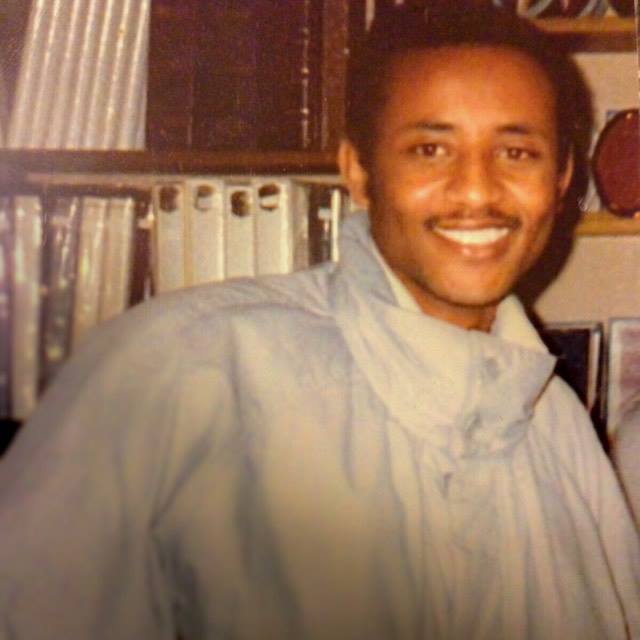 On the morning of Sept. 3, eyewitnesses in Addis Ababa reported a flurry of gun shots at Qilinto prison, a remand center on the outskirts of Ethiopia’s capital. That was followed by the expansive compound catching fire, which has reportedly destroyed a large part of the maximum security jail often used as a holding place for political prisoners awaiting trial.

Authorities confirmed 23 deaths but activists say the casualty figure could be as high as 60. The Qilito prison houses up to 3,000 inmates, including prominent Oromo opposition leaders Bekele Gerba, the deputy chairman of the Oromo Federalist Congress (OFC) and his colleagues.

The loss of life in such a gruesome way is heartbreaking. And the Ethiopian government’s handling of the tragedy is simply revolting–to say the least. Nearly a week after the incident, the whereabouts and status of the detainees remains unknown. After shuttling between several federal prisons hoping to locate their loved ones, on Wednesday distraught mothers staged an  impromptu protest demanding to either be given the body of their dead relatives or be given access to them. To add insult to their injury, some were themselves detained.

Most of the prisoners at Qilinto were locked up on trumped up charges in connection with the 10-month old Oromo protests. I have no doubt that they longed to be free and be reunited with their families. They dreamed and hoped to see injustice lifted from their people. Yet, at least for dozens of those detainees, both their hopes and lives were destroyed by a suspicious fire in a dark jail cell where they’re physically powerless to escape or defend themselves.

I sat thousands of miles away from Qilinto, absorbing the news and trying to imagine what it’s like for the families to be kept in the dark about the fate of their loved ones. Bontu Bekele Gerba is a brave and courageous young woman. In her media appearances, she speaks with so much composure exuding an unnatural strength. I used to envy Bontu that she gets to at least visit the prisons and see and speak to her father. Hers is no enviable position at all but I somehow found myself relating with her situation this week.

My father Bekele Dawano, a fierce advocate of Oromo rights, among the legion of Oromo freedom fighters, disappeared 25 years ago when I was a mere child. I grew up my entire life not knowing whether my beloved father is dead or alive. The blackout of the news of Qilinto and the government’s refusal to inform the families left me paralyzed and filled me with agony. It brought back years of pent up anger and pain.

For years, I thought blessed and lucky were those that knew where their loved ones were–for they could at least go and visit them in prison. Even those whose relatives or family members were killed, could mourn, have some kind of closure and move on with life, as they say. But not having any closure about my father, whose fate and whereabouts remain a mystery a quarter a century later, is akin to living with an unrelenting and insidious pain.

If I had known my father is in Qilinto, like everyone of the families of the prisoners held there whose fate remains unknown, I would have ran wild  to the site to seek information about his status. I would have been arrested demanding to see my father’s corpse or a proof that he’s alive. But I’m not lucky enough.

I share the agony of awaiting for dreadful bad news that Bontu and the families of the rest of the prisoners might be living through. Not knowing the fate and wellbeing of someone you love kills–piece by piece. Over the years, I found the psychological torment harder than anything else, there are plenty, I had to cope with. Distance does not shield me from feeling their pain as I grew up nursing it having been robbed my father when I needed him the most.

After 25 long years of uncertainty and searching, I still nurture a faint hope that my father could be in any of Ethiopia’s many jails. So, when a prison is torched, as the case these days, my hope shrinks a bit. I feel as if my father and his fellow prisoners of conscience are smoldering there unattended. I feel suffocated seeing the smoke billowing into the sky. I fear and worry that the Ethiopian government, which snatched my father and robbed me of a normal childhood, may have now burned him alive. I try to assess the moral culpability of those in power and try to imagine the sheer inhumanity of the prison guards shooting down inmates attempting to put out a raging fire. Nevertheless, I find myself drowned in deep thoughts and overcome by a feeling of powerlessness.

It’s late at night, alone in my bed, twisting and turning, I try to write and then stop. I fight back tears and ponder over the possibility of my father being at Qilinto. I wouldn’t have known. He could be one of those shot or burned alive while fighting to douse the inferno with his bare hands. I ponder, since he disappeared more than two decades ago, even if he’s incinerated at Qilinto, he could be rendered unrecognizable or be left there to suffer and slowly meet his death. Having processed all this, I sort of wake up from my hallucinatory state of mind and wish that I would be lucky enough to claim his body and end the decades of sorrow and pain. It is this sort of hope against hope that’s been my secret to ease the burden of memory, as well as profound and chronic agony.

I know I am not alone. There are other families who have similarly been kept in the dark for years. I sometimes wonder how they cope with the sorrow.

My hope and reasons

I spent most of my formative years drifting in thought in search of my lost father and trying to understand what life in prison is like. Having used to them and finding them to be largely uninformed, the rumors that keep flooding me don’t any longer offer much of a hope. Some say my father was killed long time ago. Others claim he’s tortured and he died due to illness and lack of medical care. My father is a man of principle and unshakable political conviction. I was once told that his captors admired his courage and bravery as to not kill him. And instead he’s being held at one of the remote hidden prisons along with other prominent prisoners such as Nadhi Gamada, Yosef Bati, Lamessa Boru and many others who disappeared from the public eye in the last two decades and a half. On a good day, this gives me a sliver of hope–however fleeting.

Sometimes I wish I had the opportunity Bontu Bekele Gerba and other children of Oromo political prisoners had: to visit their fathers in prison. I would have done the same if I had known wherever he was imprisoned. In fact, disregard the visitation, a knowledge that my father is alive would have been enough to calm and steady my yearning and tattered soul. Not knowing that kills. I want to comfort Bontu and others who are being subjected to unspeakable ordeals like this week’s but often I don’t even know how to express my own reality. Sometimes I feel no emotion at all as if my heart has become laminated in pain and everlasting grief.

Through exile and years of uncertainty and high flying rumors about my father’s whereabouts, either he is long dead or still alive, I have chosen to keep him alive — and that slim hope gives me a respite from the chronic pain.

This lived experience, as dismal as it is, gives me a unique understanding of the Oromo struggle for freedom and our progress, as well as shortcomings. My father would be so proud to witness the Qubee generation taking the mantle and defiantly pushing the struggle forward. He would be delighted to know that the Oromo are on the cusp of realizing their long-held aspirations for freedom, justice and equality. It is also why I remain hopeful. My father’s and his likes’ sacrifices were not in vain. The progress we’ve made as a society was borne on the back of a great cost of lives, torture and imprisonments of many. Every kid believes their dad is a giant. But for me this is not just a childish fantasy, my father and those who sacrificed and are sacrificing so that the tens of millions of Oromo suffering from repression, discrimination, and marginalization will someday live normal lives are Giants in our tortured history.

This is what I want to share with Bontu and all the families of disappeared or dead prisoners at Qilinto or elsewhere. In the midst of all the trauma and anguish, we should not lose sight of the fact that because of our sacrifices — i.e., families of the victims of the Ethiopian state’s gross injustices — the struggle for freedom will triumph and the yoke of oppression will soon be lifted from the necks of our people. The sacrifices of these political prisoners will serve as a torchlight and an inspiration to current and future generations to uproot injustice in all its forms.

In due times, all lives lost in the fight for the advancement of Oromo rights will be revived–at least in our collective consciousness. They will return for my children, yet to be born, and their children as their collective heroes and heroines to emulate. That is why we must and shall remain committed to sustaining our national struggle and bringing it to its logical conclusion: an end to tyranny and injustice in all its forms. Only by doing so can we keep those brave heroes as well as heroines and their memories alive and celebrate their noble sacrifices.

Aluta continua! Praise and glory to all the brave souls that came before us.