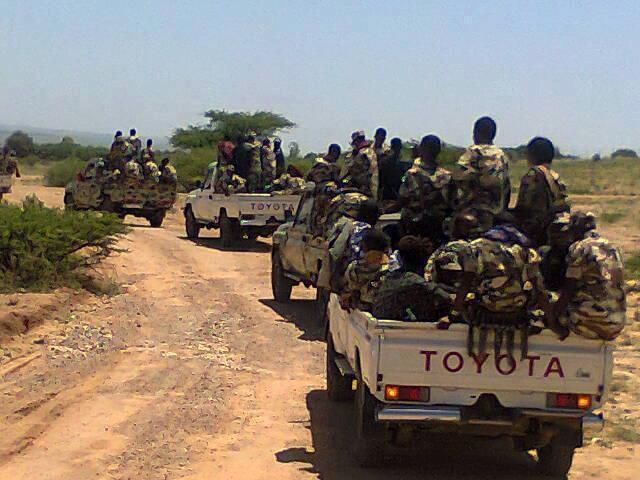 Clips from the brief broadcast shared on social media show an impassioned rebuke of the federal government over its complacency in the efforts to end ongoing raids and cross-border attacks against Oromo civilians by the Somali Regional State special police known as Liyu Police.

For the past three months, locals in five Oromia zones and 14 districts bordering the Somali region reported armed incursions by the notorious paramilitary security force. At least 150 civilians have been killed and many others injured in the attacks, which began in late December, according to locals.

The Liyu police was established in April 2007 following the attack by the Ogaden National Liberation Front (ONLF) on a Chinese oil exploration field near the town of Abole. (The raid left 74 Ethiopian soldiers and nine Chinese workers dead.) Funded in part by grants from the United Kingdom’s Department for International Development, the Liyu police was meant as a counterinsurgency force against ONLF rebels. It was created and led by Abdi Mohammed Omar (“Abdi Illey”), the current president of Somali Regional State, who was then the regional security chief.

The Liyu Police has been controversial from the start. In the lawless and largely forgotten Ogaden, the unit operates with total impunity at the behest of its founder, Abdi Illey. Ogadeni activists and human rights groups have documented egregious human rights violations, including extrajudicial killings, execution of civilians, rape, torture and destruction of villages. 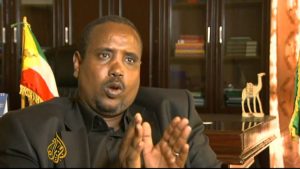 Abdi Iley is the law in Ogaden and the Liyu Police is Iley’s arm to quash any dissent, far or near.

Thursday’s heated exchange at Caffee, which apparently forced the regional broadcaster to pull its live-feed, caps a week of tensions between the two quasi-federal states: Oromia and Ogaden. After weeks of public outcry, Oromia Regional State Government Communication Affairs Bureau Head, Addis Araga, told the Voice of America Afaan Oromo that armed groups from the Somali region have been conducting raids and have caused wanton destruction in 14 districts in Oromia. The affected districts are Qumbi, Cinaksan, Midhaga Tola, Gursum, Mayu Muluqe and Babile in East Hararghe; Bordode in West Hararghe; Dawe Sarar, Sawena, Mada Walabu and Rayitu in Bale; Gumi Eldelo and Liban in Guji; and Moyale in Borana.

Addisu noted that the armed attackers have two primary goals. First, illegal territorial expansion. This is evident in the fact that when the group ambushes a given area and the locals flee for their lives, they hoist the Somali region’s flag to make it appear it is their territory. “This is unacceptable by all measures,” Addisu told VOA. A long-running border and territorial dispute between the two states was settled by a referendum that’s held in October 2004. Except for a few rural villages, the area has been demarcated and the bordering states are governed by the terms of that referendum, Addisu said. (Oromia and Ogaden share a border that is more than 1000 kilometers long stretching from the northeast Jijiga highlands to the Kenyan border in the southeast.) The referendum was held in some 420 kebeles in 12 districts along the border. In the end, 80 percent of the residents in the disputed areas voted to join or stay in Oromia. Addisu says the results are final and binding. And that no new referendum will be held.

The second goal of the invading force is economic, according to Addisu. He acknowledged that lives have been lost and the force has been looting property.

Locals paint a much darker picture. Mothers and young girls have been gang raped, according to one Mayu resident, who spoke to OPride by phone. He said the attacking Liyu Police were fully armed and they moved about in armored vehicles brandishing machine guns and other heavy weapons. They stole cattle, goats, camels and other properties.

Oromia state officials insist they are trying to resolve the issue amicably in consultation with the Somali region. And that the Command Post, which is currently running the country, has intervened to stop the attack on civilians.

By contrast, the Somali Regional State is advancing two parallel narratives. On the one hand, they allege that armed troublemakers are coming into their state’s territory from Oromia and wrecking havoc and that its police force was only playing defense. On the other hand, according to Addisu, Somali authorities told Oromia officials that they did not know who the perpetrators are.

Addisu insists that “no Oromo should be killed in his home.” And that the perpetrators should be held accountable. Yet the killings continue.

Oromo lawmakers seem to confirm what locals told OPride and other media outlets: The so-called Command Post and federal authorities are tacitly enabling the abuses of Liyu police. Addisu said the Oromia state government does not believe federal forces took sides or were complicit in the attacks. But he said if that’s found to be true, a legal action will be taken since “no one is above the law” even though the emergency rule has effectively put the security forces above the law, a law which is already seen as good only on paper. 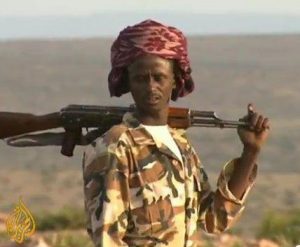 Over the years, the Liyu Police’s mandate has expanded far beyond fighting ONLF. According to a research by Landinfo, an independent body within the Norwegian Immigration Authorities, Liyu Police today is responsible “for protecting the border and for handling general security challenges in the region.” It operates regional checkpoints and patrols border areas, especially along the Ethiopia-Somalia border. In 2013, Liyu Police had an estimated 10,000 to 15,000 members. Its force has since grown to approximately 42,000, according to Landinfo.

Fariya Aliye, one of the lawmakers who spoke out at the heated Oromia Regional Council meeting, noted that in East and West Hararghe zones of Oromia alone, six districts have partly or fully fallen outside of the Oromia regional administration. And are not even receiving critical public services offered by the state. The assembly congregated in a grand hall in Adama town, 60 miles south of Addis Ababa, seemed uncomfortable as they listened to her testimony. It was so quiet that one could hear not only a pin drop from miles away but also the hissing of a long-suppressed volcano about to erupt.

Oromo and Somali authorities agree on one thing: people of the two regions lived side-by-side for a long time and share culture and generally enjoy cordial relations.

To the vast majority of the Oromo people, this is nothing short of an aggression, a proxy war by the ruling oligarchy to cow the Oromo into submission. Tigrean elites have been single-handedly ruling the country for over quarter a century. The Oromo have been staging massive protests that began in November 2015. Ethiopian authorities declared in October 2016 a state of emergency that seems to have brought a semblance of order, at least on the surface.

But as one young protest organizer told OPride recently, “what the Tigreans have failed to do with the Addis Ababa master plan, they are now trying to do it using the Liyu Police as its Trojan Horse and they want us to stay put.” In other words, the latest armed incursions by Liyu Police is yet another land grab scheme in the ongoing dispossession of the Oromo people from their lands.

An elder in the diaspora who hails from one of the Oromo districts threatened by the Liyu Police and who gave only his last name as Jilo said he feared not only for the future of peace and stability but also the future peaceful coexistence of the two peoples. “I see thick blood running as our mighty rivers.”

The feeling is widely shared. Oromo anger against the Tigrean dominated government in Addis runs high despite the detentions of thousands of youth who had gone to the streets to air popular grievances. After months of indoctrination, released detainees show no sign of backing down. In fact, the detention and indoctrination appear to have simply fueled their longstanding mistrust of the system.

“When will this government stop rubbing salt in our wounds?” ask many an enraged Oromo, at home and abroad.

Given growing divisions within the ruling Ethiopian People’s Revolutionary Democratic Front (EPRDF), federal authorities are unlikely to reign in Abdi Iley’s horses of war, which the Oromo sense to be beholden and acting at the behest of the Tigrean top brass.

In the short run, this means that the semblance of calm that had returned to Ethiopia after the declaration of the state of emergency, albeit only on the surface, risks unraveling at the seams.

The impassioned plea from the Oromia council members shows growing discontent with the lack of application of the country’s pseudo-federation and its subversion using different administrative and security measures.

Federal authorities have largely turned a blind eye to simmering inter-state border conflicts in part because the ethnicized nature of the conflict eliminates prospects for an inter-ethnic alliance, as is becoming common among exiled dissidents, against the central government.

Abdi Iley’s latest gamble and similar border disputes between and within many other states point to deepening strains over the promises of the federation and the reality as lived by ordinary Oromos. As with Ogaden, other regions have armed militias that routinely raid and loot adjacent districts in Oromia. By contrast, people in Oromia have been fully disarmed. In some localities, even carrying a spear and a stick (ulee/shimala) can run afoul of the law. Oromia had such a counter-insurgency force back in the 2000s until it was disbanded by the order of the late Ethiopian Prime Minister Meles Zenawi with the recommendation of Samora Yunus, the Ethiopian army’s chief of staff.

Abdi Iley’s invading forces are hoping to exploit the security gap and the defenselessness of Oromo farmers and pastoralists who are already on the margins of the society. A fact that’s only made worse by the suffocating state of emergency, which has further militarized the Ethiopian state and made street protests unthinkable. But the storm continues to gather, hardening the public and forging consensus among the Oromo elite across political divides, including within the ruling party. It will only be a matter of time until the Oromo decides to arm itself in self-defense. That prospect bodes ill for the country’s long-term stability and future. 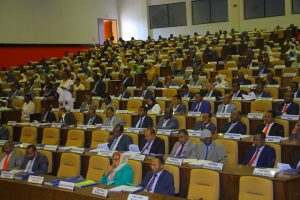 Even though many among the Oromo general public and established opposition groups dismiss it as a public relations stunt orchestrated from behind to woo the Oromo into its fold and distract it from its struggle, the OPDO under its new leader, Lamma Magarsa, is undeniably showing increasing assertiveness. In fact, his rhetoric and approach have raised some hope that the organization is finally beginning to respond to popular pressure. However, historically the OPDO has a perennial trouble of not living up to its rhetoric. A consistent underachiever, it simply lacks the organizational coherence and political adroitness to outmuscle and outmaneuver its dominant partner now the shaky EPRDF coalition, the Tigrean People’s Liberation Front.

Given the deep web of historical, social and cultural affinity between the two groups, the current conflict is unlikely to strain people-to-people relations (in Ethiopia the latter has always been cordial and the conflicts largely center on control of state power). But it will definitely sour the relations between the Oromo and Ethiopia’s autocratic rulers and prepare the grounds for another explosion of public anger that is likely to dwarf the protests of 2014-2016. Since the regime has closed off all avenues to peaceful resolution of the country’s many pressing problems, with the arrest and charging of the leaders of the only Oromo opposition group operating peacefully and legally, and heed the demands of both Amhara and Oromo protesters, the question is when rather than if such an explosion will transpire. If and when it does, the consequences will be catastrophic for Ethiopia and the region.