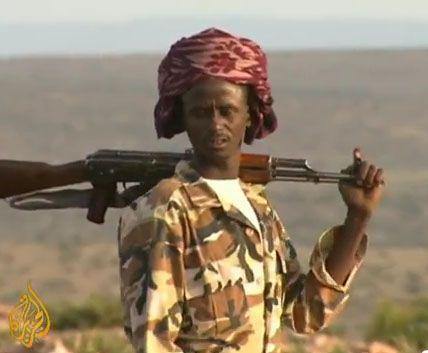 Civilian deaths, injury, destruction of property and mass displacement of ordinary citizens have become a normal occurrence along the Oromia and Somali states border. But the latest reports from West Hararghe zone — far from the disputed common border — paint a chilling picture of a communal scourge and revenge attacks.

Accounts vary on what exactly happened in Daro Labu and Hawi Gudina districts but troubles began on December 14, 2017. Hawi Gudina is located some 180 kilometers inside Oromia; and as with Daro Labu district, it does not share a border with the Somali regional state.

On Thursday evening, Voice of America’s Horn of Africa service spoke to Oromo eyewitnesses who said armed groups from the Somali state have laid siege to the entire area, and have set ablaze over 80 homes.

Exactly what would send the armed Somali forces in the direction of Hawi Gudina isn’t clear. There are no prior disputes over resources or boundary. Somali and Oromo families have lived in the area harmoniously for years.

In a lengthy statement on Sunday, Addisu Arega, a spokesperson for Oromia State, condemned the violence on both sides and vowed to bring the perpetrators to justice. He put the death toll at 61 (29 Oromos and 32 ethnic Somalis.)

Addisu denounced the attack on Somali residents as unOromo or out of tune with cherished Oromo values. His statement offers the most detailed timeline of the tragic violence. Tensions came to ahead early Friday after armed Somali men launched attacks on civilians at Ibsa and Ta’o villages of Hawi Gudina district. The attack reportedly left 29 Oromo civilians dead; Among the dead was Ahmed Taha, a beloved and prominent member of the community. The Somali attackers also burned more than 360 homes and destroyed public properties.

Angered by the unprovoked assault, Ahmed’s brother, Ziad Taha, a resident of  Daro Labu district, Gadulo village, organized a mob of local youth and launched horrific retaliation against Somali civilians, who according to Addisu, had nothing to do with Ahmed’s death or the Oromo-Somali border crisis.

The tragedy was compounded by a sudden and suspicious withdrawal from the area of federal security forces, who had reportedly urged the local Somali residents to gather at a makeshift shelter. Some are now asking: Why did the military gather Somali villagers in one place while there was no imminent danger to them? Once they took shelter, why did the military leave supposedly vulnerable evacuees without any protection?

In a report on Saturday, the Somali State-run ESTV accused Oromia officials for downplaying the incident and said 65 Somalis were killed by armed Oromo men.

Routine armed incursions, cross-border raids, and targeted attacks by the Somali State Liyu Police — a notorious paramilitary force commanded by region’s president, Abdi Mohamoud  Omer — has caused the deaths of hundreds and the displacement of more than half a million Oromos, most in the second half of 2017.

Somali authorities have refused federal police requests to arrest suspects and they were not cooperating with ongoing investigations launched by the country’s prime minister, according to Negeri. To date, Somali state officials arrested only five suspects in connection with the worst internal displacements of civilians in Ethiopia’s history. By contrast, Oromia arrested about 100 people for the massacre of Somali civilians in Awaday town two months ago.

In a televised statement on Sunday evening, Prime Minister Hailemariam Desalegn denounced the violence and expressed “profound sorrow to the victim’s families, relatives, and the Ethiopian people.” He characterized the killings in Gadulo as “acts of mass murder committed against Ethiopian Somali natives who were sheltered at a nearby police station for their safety.”

He also announced that a task force has been set up to investigate the incident and promised to share the outcome when completed, adding the culprits would face justice.

Hailemariam is widely seen as a placeholder and his government faces a legitimacy crisis amid growing political tensions. It is unlikely that his statements reassured anyone. It didn’t help that the Prime Minister’s statements contained factual inaccuracies. For example, Hailemariam told the nation the mass murder took place at a shelter set up inside local police station. Activists quickly shot down that claim, pointing out the fact that there was no police station in the village where the violence occurred.

The premier’s sudden outrage was also met with cries of a double standard. He hasn’t been heard much from over the last few months amid daily reports of civilian deaths and the displacement of more than a million Oromo citizens. He made no public statements last week when his military forces mowed down 16 civilians and injured a similar number.

This left many searching for answers: Are Oromo lives not worthy of a national outrage? Why is it so easy to be outraged against the Oromo or when perpetrators happen to be Oromo?