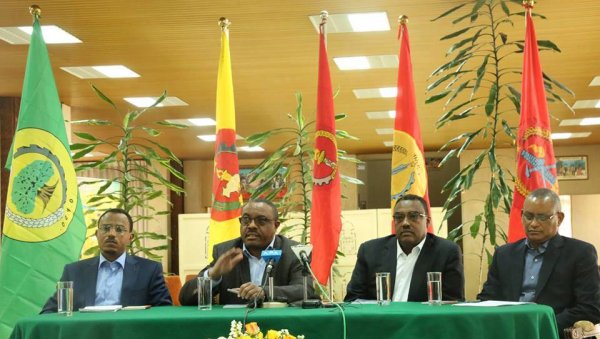 “A decision has been reached to drop charges and pardon imprisoned politicians and other individuals after proper investigation in accordance with appropriate laws,” Prime Minister Hailemariam Desalegn told reporters. It will help build “better national consensus and expand democratic freedoms,” he added.

Ethiopian activists and human rights groups welcomed the news, which came on the heels of 18-days-long marathon crisis talks, as a positive step forward for the country but many remain skeptical.

The decision is apparently part of an agreement EPRDF member parties reached at the end their closed meeting. The gesture is a significant victory for Oromo protesters who forced regional authorities in the populous Oromia state to embrace the call for release of political prisoners and the implementation of the country’s federalist constitution, including genuine self-rule for regional states.