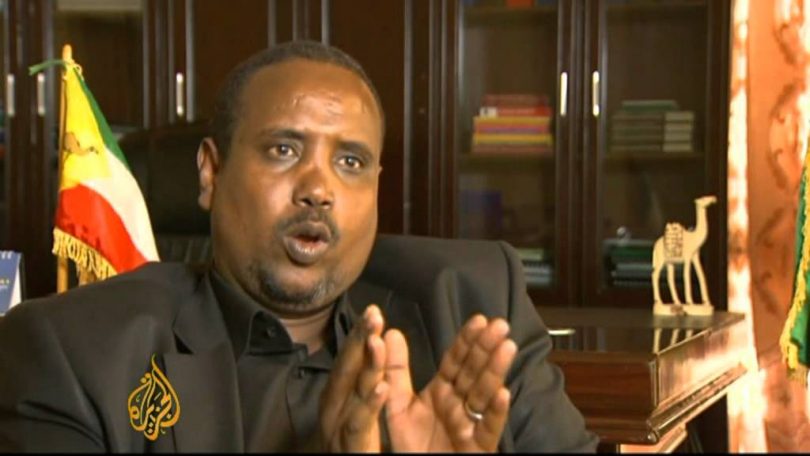 The parties represent four of the country’s nine linguistic-based federal states. After two decades and a half of master-servant relationship between TPLF and the other three parties, the coalition began to show signs of unraveling in 2015. That is when OPDO and ANDM, who represent two of the most populous states in Ethiopia, started to demand respect and equality, and openly and publicly challenge TPLF’s domination over the country.

To be clear, resistance to TPLF’s hegemony within the EPRDF did not start in 2015. We recall the humiliation and arrest of one-time Prime Minister Tamirat Layne of ANDM. We watched the televised drama between former Ethiopian President Negasso Gidada, of OPDO, and then-TPLF chair and long-time prime minister of Ethiopia, Meles Zenawi, where Negasso told the latter, “now I feel I am talking to Mengistu Hailemariam.” We have seen too many high-ranking desertions, including that of two presidents of Oromia regional state (Hassan Ali and Juneydi Sado) who fled to the United States. Juneydi’s wife was also harassed and jailed. And then there is the alleged poisoning of Alemayehu Atomsa, another president of Oromia.

But it was in late 2015 that the Oromo and Amhara public finally rose up against injustice, tyranny and systematic corruption by EPRDF. It’s the reaction to this public anger that ripped EPRDF apart. OPDO and ANDM understood why their constituents were angry and started to identify with some of the people’s grievances. TPLF felt slighted and betrayed by this and tried to do what it has always done for 27 years: misrepresenting the people’s demands as the outcome of incompetence and complicity of regional leaders, particularly OPDO and ANDM. Luckily, this time leaders of the two parties forged an alliance and overcame potential purges.

The genesis and trigger of the Oromo and the Amhara revolt is not the focus of this article. Instead, my intention is to shed light on one of TPLF’s strategies to defeat the OPDO-ANDM alliance and the implications of this strategy for the people of the Somali Region.

TPLF is proposing to admit more satellite parties into EPRDF and to transform the governing coalition into one cohesive national party. This is TPLF’s way of fixing its disintegrating “command and control” system. It is not yet clear if the proposal was accepted by the OPDO and ANDM during last month’s marathon meeting. It is unlikely the two parties will accept the remake of the coalition without a corresponding change to the rules of the new format. One change that they are likely to insist on is proportional representation to checkmate the advantage TPLF is hoping to obtain by admitting smaller parties that are loyal to it.

One of the first such parties to be admitted is the Ethiopian Somali People’s Democratic Party (ESPDP), the ruling party in the Somali Regional state. What does this mean for the people of the Somali Region?

Second, joining EPRDF is not a promotion. It is like crying to board a sinking ship. It does not take a genius or a political scientist to understand that the tide of the Ethiopian politics is turning. Institutions such as the parliament are showing signs of getting back the power they were robbed over the last 27 years. The center of power is shifting from the ruling party to the parliament and the executive branch. The parliament is likely to be more powerful after the next elections because Oromia and Amhara state, which represent 65 percent of the population, are going to elect genuine representatives that are keen to challenge TPLF’s hegemony.

Third, joining EPRDF is not prestigious. EPRDF, by its own admission, is the source of the inter-ethnic conflict and hate, as well as the rent-seeking and corruption that is wrecking the country. It oversaw one of the most violent episodes in Ethiopian political history. It is responsible for the lack of democracy, justice, and freedom, and for gross human rights violations against the people of Ethiopia. None suffered more than the people of the Somali Region during EPRDF’s 27 years reign. It is an insult and a humiliation to view joining a club owned by your killers as a mark of distinction and achievement.

Fourth, joining EPRDF is not politically smart. EPRDF is in turmoil and will likely continue to be divided. Bringing more parties into the EPRDF will not end the inter-party power struggle. The Amhara and Oromo are likely to block any demands by the smaller, “satellite” parties if they see the later as TPLF appendage. Therefore, there are no obvious political benefits that joining EPRDF will bring to the satellite parties. It is also unlikely that EPRDF will be able to the rule the country alone. The future is one in which opposition parties will get empowered and EPRDF’s hegemony (if it survives its own schisms) is likely to wane.

ESPDP is hoping that joining EPRDF will empower the state’s political leadership and allow it to continue to abuse the Somali people with impunity. This may not be entirely a misconception. The political leaders in Somali Region are already enjoying the backing of TPLF’s military and intelligence leaders. They won’t get any more political muscles by formally joining EPRDF. But they are right to think they will continue to enjoy impunity as long as TPLF calls the shots inside EPRDF. Fortunately, it doesn’t look like this will be the case much longer.

Muktar M. Omer is a social and political commentator from the Somali Region of Ethiopia. He can be reached at muktaromer2017@yahoo.com.