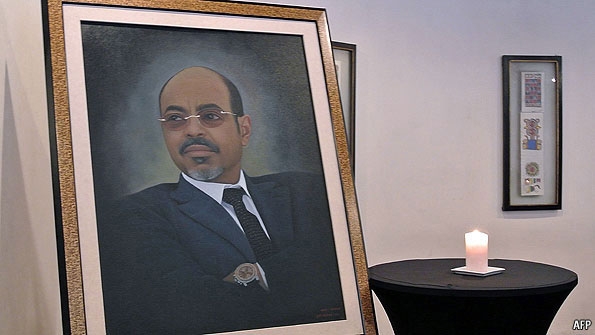 (OPride) – Like any other revolution, the ongoing Oromo movement in Ethiopia is swift and unpredictable. Its pace and depth has gone beyond anyone’s imagination. Only in the last few days, it has broken the strong iron gates of the notorious Ethiopian prisons, and set free many political prisoners, leaders and writers. It has also forced the nominal Ethiopia Prime Minister to resign in disgrace.

The Oromo youth, who are spearheading this movement, and popularly known as Qeerroo, achieved this through sheer dedication, and utilizing a nonviolence method of struggle tactics to the letter. No nonviolent movement in the world has in such a short period achieved such a momentous victory against such an entrenched military and security power in recent memory.

So what does the resignation of Haile Mariam Dessalegn (HMD) mean? Is it really a resignation in the true sense of the word? In the first place, it doesn’t appear that this resignation was truly initiated by the person himself. Just remember what the ex-prime minister (that’s what he wants to be called) said when Abba Duula tried to resign. In the land of EPRDF where democratic centralism rules large, no one can resign. The resignation of the ex-prime minister is not solely of his own volition. He was ordered to submit his resignation by the king makers, and that is exactly what he did.

To totally understand this, we have to go back and see how HMD was picked up by the previous prime minister to be his heir apparent. When the imminent death of Meles dawned on the TPLF honchos, they started scrambling to find a replacement for him. They knew immediately after Meles they cannot consecutively make a person from Tigray to be the next prime minister.  That would have made it difficult to defend the action. However, they did not also want to entrust such a powerful position with an Oromo or to an Amahra. To come out of this conundrum a non-Tigrayan, non-Oromo, and non-Amhara person had be found. HMD who is from a Wolaita ethnic group, met this criterion. And another important criterion for the TPLF is having a subservient, sycophant personality. They were looking for someone who will implement the wish and will of the TPLF without grumbling. HMD also met this quality.

In short, what TPLF wanted was a Trojan-Horse or a proxy through which they could rule. It was a match made in heaven with HMD. Thus, HMD was chosen as a prime minister to continue the rule of Meles, and he did not disappoint. In all his decisions, stands, and in all his actions he showed his gratitude to his king makers. To impress his gratitude on them his imitation of Meles in his actions, talks, etc., became comical. He became a caricature of Meles, a poor copy of him, or a dead Meles walking.  By doing this, he lost his voice, his personality and missed an opportunity to leave his mark behind. His five and half rule will not be remembered as a rule of HMD, but as rule of Meles, ruling from the grave. If remembered at all, history will remember HMD as an interregnum ruler between Meles and whoever will come after HMD.

During the last five years of his rule, HMD did not initiate any new plan, new policy or new grand project. It was as if the huge ship was sailing without a captain. Now that he has “resigned” this occurrence in of itself should not be characterized as an end of an era. His “resignation” is not a proof that a successful peaceful transition or succession of power is occurring in Ethiopia. He was a puppet of the TPLF, and their removal of him does not amount a transition of power. At most what this “resignation’” shows is the extent of the crisis in the country, and how much the Qeerro movement has forced the TPLF to changing of the guard. It also signifies that finally Mele is dead, and post-Meles era now begins.

While HMD was busy impressing the TPLF, change within the EPRDF was happening. Five and half years ago, when HMD became a prime minster, I wrote the following:

With the crisis in TPLF and with the death of Meles the respect and fear the OPDO and ANDM leaders have for the TPLF is diminishing or will diminish by the day. Once their fear is diminished, their eyes will be open and they will start seeing the truth. They will start to see that the Emperor is without cloth, and who knows one among them will dare utter the truth, and the moment of truth may dawn on them, and then they may demand power in accordance with the people they represent.

I believe the OPDO, specially team Lemma, has opened their eyes and seen that the Emperor is without cloth and uttered this truth to the whole world. And when based on this truth, they take real action by extricating themselves from EPRDF coalition and establish themselves as a stand-alone organization, and come to power, then we can truly say that there is a peaceful transition of power. Until then, important as HMD resignation is, it’s not an earth shattering event or a true peaceful transfer of power. It appears we are getting there, but we are not there yet.