Is the Ethiopian military on execution-style killing spree under the cover of martial law?

(OPride) — Ethiopia’s federal security forces have killed more than a dozen civilians and wounded over 50 others since authorities imposed a sweeping nationwide state of emergency on February 16, 2018.

On March 2, the country’s single-party parliament approved the controversial decree in a disputed vote. 88 MPs opposed the measure, 7 abstained, and nearly a 100 lawmakers skipped the vote. Oromo activists responded to the decree’s ratification with protests and by launching a three-day strike and market boycott.

Outside of the capital, Addis Ababa, mobile internet remains shuttered. Phone lines are unreliable but details of heinous crimes are beginning to emerge. Extrajudicial killings, including of minors; arbitrary arrests; beatings; and coercion and intimidation of merchants who closed shops to observe a stay-at-home strike. 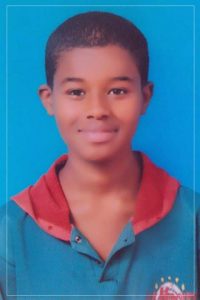 Consider, for example, the case of Obsa Endale, 15, from Nekemte in Western Oromia, Ethiopia’s populous and restive state, which has been the epicenter of anti-government protests since March 2014.

Protests began in Nekemete on Feb. 25, a day after the military command post, which is ruling the country, blocked an opposition rally and detained Oromo leaders, including Bekele Gerba, who was released from prison a week earlier after more than two years of unjust detention.

At least 21 Nekemte residents were injured after soldiers fired on protesters. Some, including Obsa, were struck by live bullets, according to eyewitnesses who spoke to the Voice of America (VOA). Obsa succumbed to his injuries on February 28.

In a gut-wrenching interview with VOA’s Afaan Oromo service, Obsa’s father, Endale Fufa, who himself has been in and out of prison on tramped up terrorism charges, recounted the tragic death of his diabetic son.

Here is OPride’s abridged translation of that interview:

I am a clergyman of the Christian Association. I was first arrested in Finfinne after I traveled there for a religious gathering and was imprisoned from 2006 to 2008 [Ethiopian calendar]. It is hard to share the details of that arrest since it is not relevant to the current situation. I was held in Qinto, Kaliti and Ziway prisons. My most recent incarceration lasted for the whole of 2009 where I was charged with terrorism and I spent the first 6 months in Maekelawi. After that, I fell ill from torture in prison. While I was receiving treatment at a local hospital, I was diagnosed with high blood pressure. Soon after, I experienced an accidental fall and the right side of my body went lame. I was released about 5 months ago, in September.

One of the children shot in Nekemte last week was my eldest son. His name is Obsa. He was a 15-year-old 7th grader. He left home that day around 4pm. He usually visits a friend who lives in another part of town, so, I assumed that is where he was. Then I heard gunfire. People started calling his name and saying he was shot. This is how I learned of the situation. Those who were on the scene took him to a local clinic and I got there shortly after. Because he was losing so much blood, the clinic asked that he be transferred to the Nekemte Referral Hospital.

The hospital was not able to treat him either. They referred us to the Tikur Anbessa Hospital in Finfinne, where we took him later that day. He was shot on his right leg.Since I was not there when it happened, I must not speak of what I didn’t see. However, what I heard from the other children there was that he was walking with other kids when security forces opened fire on them from behind.

Another kid was also shot in the hand. This is not something we should ignore. People around the world need to hear about it. Concerned government bodies need to know what happened. We are being oppressed in our own country. It should be clear that my son was shot by military personnel and those who witnessed the entire episode have openly confirmed this. There is no reason to cover this up. We have passed that time.

The hospital scheduled to remove the bullet from his body on Thursday night. He passed away while waiting for the operation because he had already lost a lot of blood. He was conscious and speaking until around 4pm Thursday afternoon. He expressed to me that it was the end for him, but that the struggle must not end here.

Obsa wasn’t just my child; he was the son of all oppressed people. I am saddened by my son’s loss, but he contributed his share. My son sacrificed his life for the same cause I spent years in prison.

My wife sells charcoal at the local street market. She has been providing and supporting our two children since I do not have a salary. And I have been in and out of prison.

Although I am grieving, I believe our freedom will be realized in the end. All the people of Ethiopia, regardless of their ethnicity—this is about tyranny not about Oromo, Gurage, or Amhara —should intensify the struggle to end this injustice.

Obsa’s tragic fate is but one of the many stories coming to light as military crackdown intensifies across Oromia. In Ginci, where the #OromoProtests were ignited in 2015, a 23-year-old man was shot dead on the night of March 3 and his body was left on the streets. In the morning, soldiers prevented locals from collecting his body. And opened fire on mourners. In Mendi, West Wollega, two people, one 13-year-old, were shot and killed at a place of worship.

What is more shocking is none of these victims were armed. None posed a danger to society or even the trigger-happy military forces. In fact, many were not even at a protest. They were hunted down and executed because the military was ordered to take “all necessary measures” to suppress the budding Oromo revolution.

Here is another example from Addis Standard that illustrates the ongoing execution-style killings across Oromia:

Not all casualties were related to protests as is the case for Kelbessa Mokonnen, 24, who was “shot from the back” in Gimbi, western Ethiopia, on Sunday. He was “on his way to see a doctor for a headache he was experiencing,” according to Abdi, a relative who wants to be identified by his first name only. “Kelbessa died on the spot,” Abdi told Addis Standard, adding “there was no protest in the city when Kelbessa was killed.”  He was raised by Likitu Haile, a single mom who is working as a waitress in a restaurant in the town, Abdi said. Four other people, including Israel Deresu, Kelbessa’s friend who was accompanying him to the hospital, were also wounded.

For families of these victims, the indignity doesn’t end with the bodily injury or a loss of life to a senseless official violence. For example, in order to take the body to a hospital for autopsy, first they need a note from police, and then they have to be accompanied by a police escort and travel a long distance to the capital. When they arrive, hospitals don’t have medicine, medical equipment, and doctors are often too stretched for life-saving surgery.

The fleeting western media attention is focused on the succession battle in Addis Ababa. As a result, these atrocities are not receiving even a cursory coverage. Even the recycled statements of concern from western capitals are few and far between. But the death toll continues to rise – each tragic incident more staggering than the previous one. 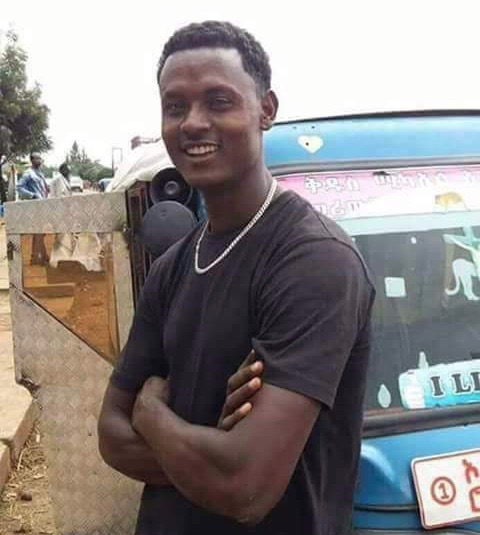 Take, for example, an incident in Guder, west Shawa, on March 3 when a father and son were shot in their home for no reason at all. The father, Digafe Danda’a, died on the spot. His son Tarafa remains in critical condition, according to Waquma Digafe, himself a survivor, outlined the gruesome details in an interview with VOA:

The heinous killing of Digafe Danda'a
It was early morning, last Saturday, March 3. I slept next to my brother that day but he woke up before me. Roads were closed the previous evening on March 2. As a result, members of the defense forces were roaming the streets. Our house happens to be next to the main thoroughfare. Soldiers spotted him when my brother exited the compound. He saw them too. He suspected something was amiss and quickly went back inside and into the house. They came from left and right, running after him. They swarmed our compound and demanded that my brother to come out.

My mother pleaded with them: What is it that my son do wrong? He did not infringe upon anyone’s right. They told her: Let him out! He needs to clear away rocks and stones from the road. My father, Digafe, heard the back forth and came out of the house. As soon as he came outside, the soldiers demanded that he turn in my brother. And then suddenly, they started beating my father.

I heard a wailing and run out of bed wearing only underclothes. My brother was standing on the front porch. Our small compound was full of armed soldiers – about five of them. One spoke Oromo. The rest spoke to us in Amharic.

Shocked, I asked, what’s going on? What did my brother do? “Lets go clear away the rocks from the road,” an agitated soldier shout at me. My brother interjected: “We didn’t put up the blockade, why do we have to clear it?”

That is when they started aiming their guns toward us. One of the soldiers exclaimed, to my father in Amharic, “if you don’t tell your children to do as we say, I will shoot you all one-by-one.”

I realized the situation was escalating and told my brother to get back inside and turned around to get dressed. One of the soldiers struck me on my shoulder with a rubber hose unprovoked. His associate told him: Let him go get dressed. I run inside.

Then I heard shots ring out. I didn’t realize how bad the situation was immediately. I assumed it was a warning shot. By the time I run outside, they had already killed my father. I saw my brother jumping on my father’s body, by then already laying flat. That is when they shot my brother. They laid next to each other.

My younger brother. My only male sibling.

I tripped and fell…I don’t know how. I witnessed an unspeakable crime against my family. When I lifted up my father, his head was nearly severed. My brother was shot near his ear and struck on the shoulder and the bullet may have come out through his arm.

The current state of emergency is only two weeks old. It is expected to last for six months and could be extended by four more months. Already, outside of the glare of media, scores innocent lives have been lost and many dozens wounded. If the decree was meant to ensure the safety and well-being of Ethiopian citizens, at least in Oromia, it had the opposite impact.

It is these killings that turned ordinary protests against an undemocratic regime into a revolution promising to restock the power decks in Ethiopia for years, if not decades, to come. It is also what is threatening to tear apart Ethiopia’s social fabric. If the resoundingly rejected decree is not repealed and the killings continue, the country may never recover. And the public anger and resentment will only harden as outraged parents and relatives and friends dig in for the long haul to ensure their indignity isn’t repeated on others.