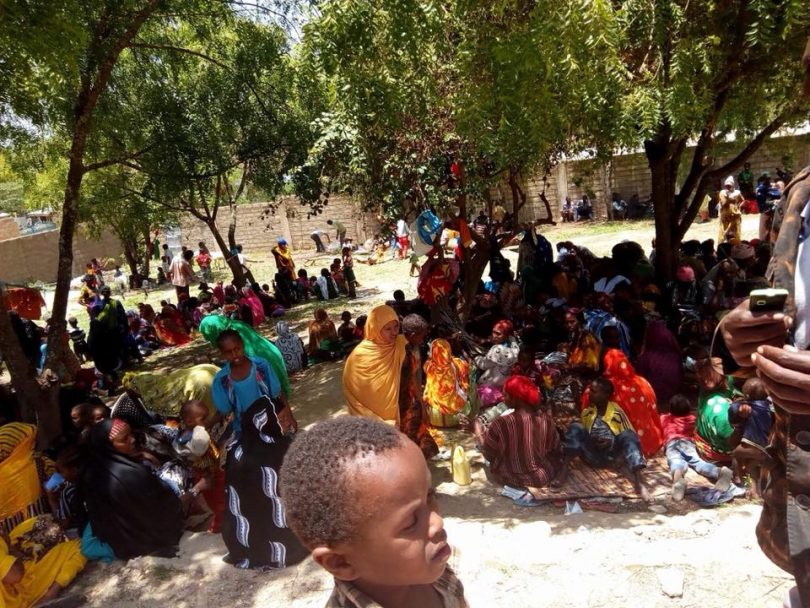 (OPride)—Tens of thousands of people have fled across the border into Kenya following a weekend military assault on civilians in Ethiopia’s Moyale town, which left at least 10 people dead and 11 others wounded.

The displaced residents, most of them women and children, are receiving assistance from the Red Cross, charitable locals and Kenyan authorities in the region.

“The population of refugees from Ethiopia continues to increase as more families seek refuge in Moyale, Marsabit County,” the Kenya Red Cross, said on Tuesday.

“As of Tuesday, 13 March 2018, approximately 5,000 refugees had arrived in Moyale, the majority being women and children. These include pregnant and lactating mothers, chronically ill persons, those abled differently and the elderly.”

The agency noted shelter, food, water supply and sanitation as the key areas requiring urgent interventions. But it also cautioned that pressure could grow as some of the refugees fled with their livestock and other belongings.

Terrified refugees say they run for their lives and remain fearful.

“I have 13 children,” one woman who had taken refuge in Kenya told the VOA in the same report. “The soldiers would even enter your home and shoot you before you have a chance to ask why. So we escaped. I ran out without even locking the door of my home. I am spending the night where I can, but I have nothing to feed my children.”

The Ethiopian government has blamed the tragic incident on “an intelligence error” and that the army was on a hunt for Oromo militants in the targeted area.

Local officials, those displaced by the fighting and eyewitnesses paint a completely different picture. In fact, survivors recount accounts of soldiers wantonly shooting at people, some walking home from work and others who were sitting at roadside cafes. 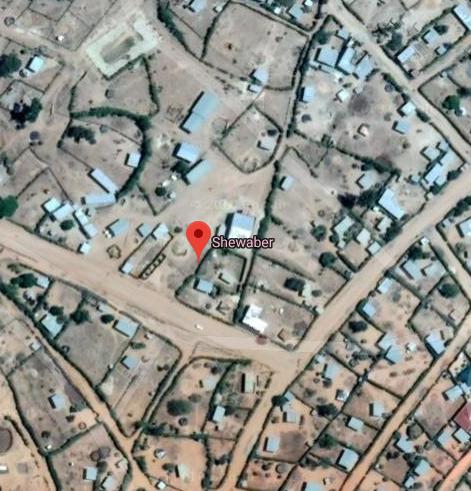 Moyale’s Shawaber neighborhood, where the massacre took place, is an ordinary place with residential houses, cafes, and restaurants.

On the left, an aerial shot of Moyale’s Shewaber district, where the massacre is believed to have begun. Buildings and modest homes in an area that would typically be teeming with people around noon, the time the shooting began.

By all accounts, the victims were shot randomly at a close range, as soldiers unleashed inexplicable fury on unsuspecting residents who were caught in the wrong place at the wrong time.

“I’ve never seen or heard of anything like this,” a stunned friend of one of the victims told the Voice of America (VOA) Amharic service on Sunday. “Soldiers were shooting at people crossing roads; they even shot at people eating in restaurants.”

Prior killings took place at protests, religious gatherings or funerals. But Moyale residents and city officials say there were no protests, gatherings or any other activity that could have triggered the military onslaught. As the dust settles, the tales of horror are  starting to emerge. It’s chilling.

The mayhem started when soldiers pulled over a man who was riding a motorbike and shot him point-blank. Then bullets began to ring out in all directions.

“There was no security threat at the time,” the town’s mayor, Aschalew Yohannes, told VOA. “People were involved in their everyday peaceful activities when the military personnel pulled over Gollo Wako, told him to get off his vehicle and shot him.”

Gollo, 35, is the first victim of Saturday’s senseless killing and he hails from the nearby Guji zone of Oromia state. 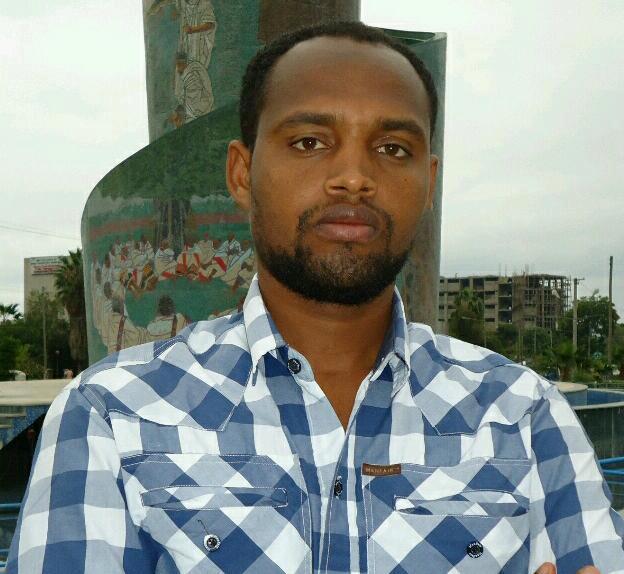 The VOA’s Tsion Girma spoke with friends of one of the victims, Temam Negesso. Temam, 34, is an award-winning school teacher. He was among the first of the victims to be identified.

He’s a father of one and his wife, Keria Ahmed, is expecting another child. The anger and emotion felt by those who knew the victim was clear in the voices of his friends who spoke to VOA.

Temam had a parent-teacher committee meeting that morning. As with all the other victims, he was unarmed. He got struck while walking home for lunch after the parent-teacher meeting around noon local time. He was first hit on the leg. When he tried to get up and run, soldiers shot again, twice, eyewitnesses said.

Speaking to VOA, his friend, who arrived on the scene shortly after he passed away, said: “He was shot three times as though he were the enemy. He died right there on the road. Temam was an earnest, hardworking teacher. In fact, the Oromia State awarded this principal in 2008 E.C in recognition for his good work. He was a wonderful, outgoing, sociable and exceptionally loved member of the community.”

“To be honest, there is no other government on earth that chases down and kills its own people in broad daylight in this manner. This sort of thing doesn’t even happen in an armed conflict. We are being governed by an enemy. Since there is no entity that can hold them accountable, we are just crying out to God. There’s nothing else we can do. It is very tragic. I have not seen anything like this in my lifetime. I have never heard of a country where civilians are chased down in restaurants, forced to open their shops, and then killed. We are faced with a harrowing event as we have lost a friend we loved dearly. We are left helpless. We ourselves expect to suffer from the same fate.”

Another bystander spoke of her confusion about what could have pushed the army to fire at civilians aimlessly and indiscriminately. “There is a church around here, Abune Aregawi, and there are shops, residential places and restaurants. It was just another typical day. There was nothing unusual. People were working and trading peacefully. We do not know why the military decided to launch this attack. We heard gunshots and we’re told that it was from Shewaber. No one could go out on the street since they were shooting at everyone they have encountered. When I arrived at the scene, many people had already died and others had been wounded. All the victims were young except for two older individuals.”

“The victims included one from Wolayta, others from Silte, workers from Wollega, and two people from Borena. You could sense an aura of vengeance – I don’t know how they view us, but this seems like they were taking some sort of revenge. We don’t know how to live, and we are so confused. All we can say is may God help us. That’s all I can say, nothing more.” 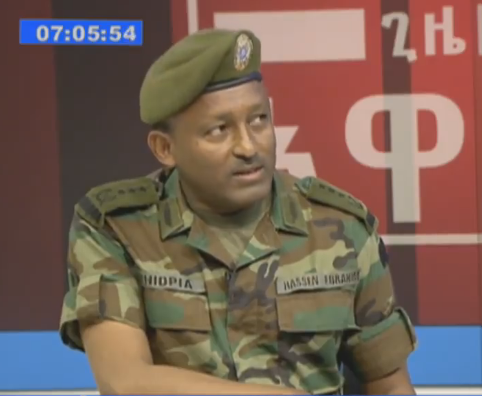 General Hassan Ibrahim, a representative of the command post, appeared on state media outlet Ethiopian Broadcasting Corporate (EBC) on Monday to offer the military’s version of events. Shifting his eyes back and forth from what appeared to be a prepared statement, he told the EBC that the killings were a tragic accident. Members of the Oromo Liberation Front, an outlawed rebel group were reported in the area and the army was sent in to find the militants. Instead, an intelligence failure led to soldiers firing on innocent civilians.

“The OLF is trying to capitalize on the current uncertainty to infiltrate Ethiopia,” Gen. Hassan told EBC. “They have attempted to enter the country from three directions, including Moyale. The army has been mobilized to eliminate the OLF threat. Erroneous intelligence led to the deaths of nine people. We have disarmed and detained the five military personnel responsible and are investigating the incident.”

But the mayor of Moyale has in multiple interviews disputed that account.

Aschalew, the mayor, told VOA: “There was no OLF activity in the area. To begin with, it is a residential township, not a forest. I do not know of armed OLF fighters roaming towns. It is known that OLF sometimes makes some movements in the uninhabited border forest near the Kenyan border in the past, but yesterday’s events have absolutely nothing to do with OLF.”

“All the victims were hit by bullets. No other means was used. Those that were killed, and wounded were shot. They were mostly young men in their 20’s– around the ages of 18 and 25. The public has expressed grievance in that it is the security forces that have caused this tragedy. People are questioning what guarantee there is for their safety. Communicating with military officials in the area has been very difficult due to the Command Post. We have presented an appeal to the zone, state, going all the way to the federal government. We are currently having conversations on the matter with visiting guests. Discussions involving the youth, the Qeerroo, and local elders just began so we have not resolved anything yet. “

“In a country where there is law and order, any entity involved in a wrongdoing should be held accountable. Brutal action by the military against its own people will not be a solution to any problem. Problems that arise must be resolved through discussion and by law. What took place yesterday is very shameful and dreadful. As the mayor of this town, I do not believe that such action should be taken against the enemy, let alone citizens. This must be totally corrected. “

“There are people who feel threatened and have fled across the border to Kenya. These are very difficult circumstances. I do not believe anything will be solved in this manner.”

Despite the mayor’s account and ample testimony from the locals, the mainstream media, which have largely ignored the military crackdown over the past few weeks, have seized onto the official narrative about a hunt for OLF secessionists and faulty intelligence.

Analysts and activists say the assault was trying to terrorize and silence increasingly restive populace.

Yared Hailemariam, the executive director of the Swiss-based Association for Human Rights in Ethiopia, told VOA: “Apologizing after massacring people is not acceptable. The tragic events of Moyale reflect the unrestrained power given to the Command Post and the military. What is awful is that the attack was even carried out on people who were in recreational areas and those walking on the streets. Not just the 4 or 5 people who committed this crime, but the leadership of the Command Post including the highest military officials at the federal level should be questioned for this deed.”

It remains to be seen if the five officers, including the commander in charge of the military unit responsible for the massacre, who at the time of writing were unidentified, will be held accountable for the killings. Past action suggests otherwise. Lack of accountability and rampant impunity for security forces are some of the key drivers of the deepening security and humanitarian crisis in Ethiopia.