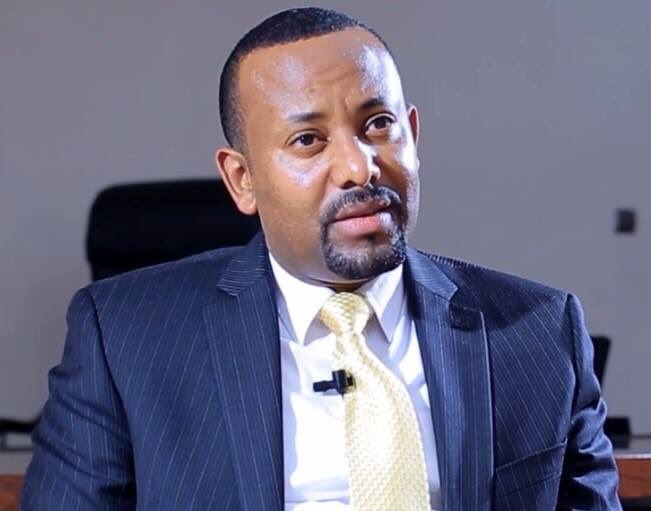 (OPride)—After days of deliberations and closed-door meetings, the Council of the Ethiopian People’s Revolutionary Democratic Front (EPRDF) on Tuesday elected Abiy Ahmed, 41, as the party’s chairman, paving the way for him to become Ethiopia’s next Prime Minister.

A former lieutenant colonel and intelligence officer, the leader of the Oromo People’s Democratic Organisation (OPDO) secured 108 votes of the total 175 council members in a bid to replace the outgoing party chairman and former Prime Minister Hailemariam Desalegn.

Abiy, who hails from the Oromia region’s Jimma zone, will be formally coronated as Ethiopia’s third Prime Minister since the fall of the Mengistu Hailemariam in 1991. He will become the first Oromo head of state under EPRDF. He won the party’s leaders backing in a landslide, edging out Shiferaw Shigute and Debretsion Gebremichael, who chair the Southern Ethiopia and Tigray state parties.

Hailemariam resigned last month citing a desire to open up the political environment and to end years if instability, mass protests, and the deaths and detentions of thousands of dissidents. He was widely seen as a peripheral figure wielding no real power and playing second fiddle to members of the Tigrayan People’s Liberation Front (TPLF), the dominant party whose leaders have for long monopolized the top brass of the military and intelligence institutions.

Hailemariam, who succeeded the party’s founder Meles Zenawi after the latter’s death in 2012, made no inroads in pivoting away from the totalitarian one-party state characterized by pervasive lack of tolerance for dissent.

Despite constitutional promises of devolution, power remains centralized in the hands of  TPLF leaders and their cronies inside the other EPRDF member parties. The rampant corruption, skyrocketing living costs and the lack of basic freedoms were among factors that sparked widespread protests in Oromia and Amhara regions starting in 2014. The uprising paralyzed the country’s economic and tourism sectors. The government’s attempt to forcibly pummel the protest movement into submission led to the deaths of more than a 1,000 civilians

Ethiopian authorities have imposed two state of emergency but have left the calls for greater freedom unaddressed. As a result, the country continues to reel from ongoing protests and mounting public discontents.

Abiy inherits a deeply fractured party and country. His popular legitimacy comes from the reforms his party – the OPDO – set in motion in Oromia. Many now hope that the young leader will take some of the same lessons from Oromia and OPDO’s reform agenda to the national office.

Abiy Ahmed slated to be Ethiopia’s next PM