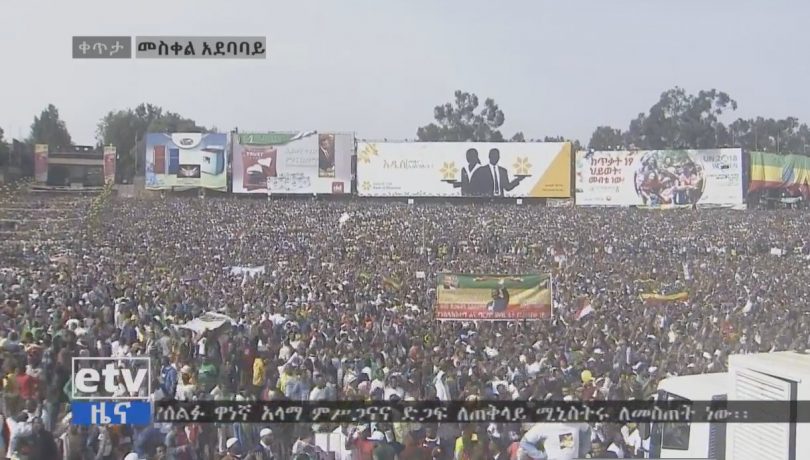 (OPride)— One dead and at least 154 people were injured, some seriously, in a bomb blast in Addis Ababa at the end of a massive rally organized to express support for Ethiopia’s new Prime Minister Abiy Ahmed, according to a senior government official. A grenade thrown toward a podium where Abiy was waving at supporters exploded shortly after he finished addressing supporters. The blast is being investigated as a possible assassination attempt on the reformist leader, according to OPride sources.

In a national address after the incident, PM Abiy said a few people were killed and others have been injured in the explosion. He condemned the incident, describing it as an unsuccessful assault by forces of hate who did not want to see Ethiopia united.

The explosion happened at the end of a massive rally called to express support for Abiy and his administration. It’s the largest demonstration of its kind in recent memory. Hundreds of thousands and perhaps around a million people converged on the capital city’s Meskel Square starting at 9 am local time. The blast occurred and dozens of panicked people run in different directions leading to a stampede. Several people were injured, reports are vague on the nature of the injuries, although no one’s life is believed to be in danger.

The sound of the blast was audible enough to be heard nationally and around the world from live broadcasts on various media outlets. PM Abiy had just finished addressing the ecstatic crowd when the explosion was heard. The live transmission was immediately cut off and viewers across the country and around the world were left puzzled and worried. Several minutes later, journalist Getachew Yigzaw announced on the state-run ETV that there had been an explosion which left “a few” bystanders hurt and that police were investigating.

The rally, announced a week ago, marked an unprecedented and extremely festive occasion with throngs of flags and diverse cultural ornaments and attires decorating the scenery. A massive turnout was expected as people have been won over by the measures implemented by PM Abiy since his election in April. Tens of thousands of political prisoners have been freed. A dialogue has commenced with the political opposition on amending the terrorism law. The government has unblocked media outlets and vowed to allow journalists to do their job unperturbed. The Abiy administration is working to restore ties with neighboring Eritrea. The flurry of actions have left Ethiopians buzzing with excitement, optimism and hope. Ethiopia has long been criticized for its track record of systematic abuse, human rights violations and for stifling dissent. 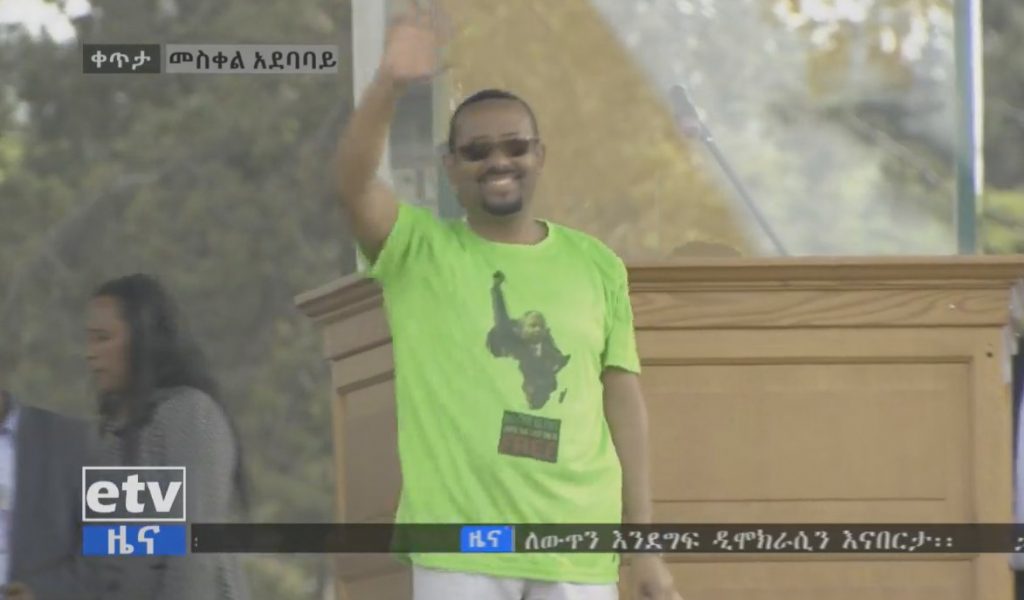 The crowd not only packed the entirety of the Meskel Square, ETV journalists who were on the scene stated that the roads were blocked by people waving flags and wearing t-shirts bearing Abiy Ahmed’s image for up to a kilometer. The Prime Minister himself eventually showed up wearing a beige Fedora hat and a green t-shirt with a map of Africa and Nelson Mandela’s raised and clinched fist on it.

OPride sources report that at least three suspects are in custody. There hasn’t been any public announcement on this or any confirmation that the detainees threw the grenade.

Since Abiy’s April 2018 appointment, a plethora of the previous administration’s seemingly untouchable, formerly powerful political leaders, military and intelligence chiefs have been demoted or dismissed from their posts. Stalwarts of the ruling elite who had thrived under the tenure of the previous Prime Minister Hailemariam Desalegn, were believed to be strongly opposed to PM Abiy’s ascension to power.

Police are said to be investigating and have made no public statements thus far.

*Correction: OPride initially reported four deaths based on sources at Addis Ababa Police Commission and a senior government official. Authorities now say only one person had died. The story is updated to reflect the change.