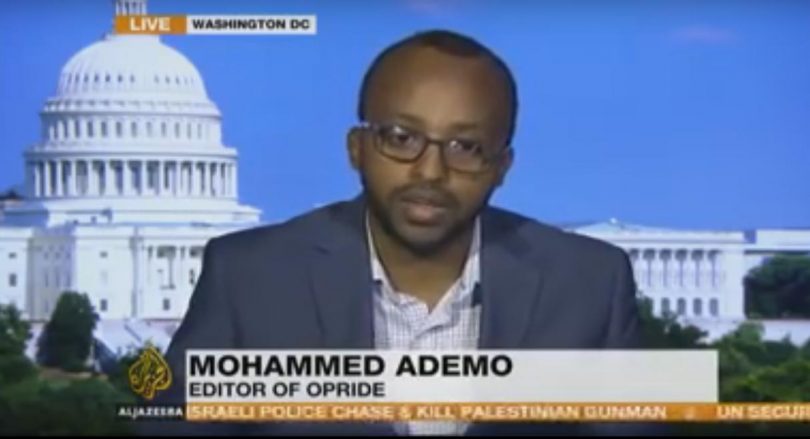 Exile is a draining journey along a topsy turvy path, as anyone from sub-saharan Africa or elsewhere living hemispheres away from home would tell you. This is perhaps why the news of Opride.com co-founder and renowned journalist Mohammed Ademo returning to Ethiopia after some sixteen years in exile resonated with so many. After all, the homecoming is the end goal for many who’ve left for greener pastures and long for the day of the tear jerking reunion with loved ones, rendering the blood sweat and tears away from home, worthwhile.

Having spent over a decade in the craft of journalism chasing facts, amending the narrative and telling other people’s stories, he caught many off guard around three years ago when he published a heart churning personal account of his own tribulations in exile. Describing the grim feeling of despair felt when he received the news of the death of his beloved uncle, he also wrote of the opportunity cost paid by those like him who step away from the flock to become the voices of freedom, justice and equality. “I have gained some important freedoms by coming to the US, including the freedom to speak and write freely. The cost has been the possibility, even for a moment, of wholeness: home, family, friends – the ability to mourn the death of a loved one.” 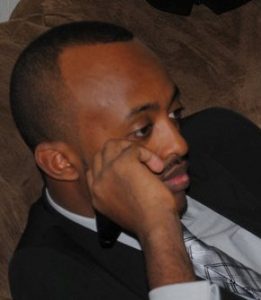 Exile took a toll on Mohammed Ademo, who was unable to return home to mourn the loss of his favourite uncle

At a farewell event organized for him in Ethiopia days before he first left home, Mohammed promised his college classmates he’d never forsake the causes for which he marched for and was jailed for. Keeping true to his word, he has since gone to great lengths to echo the voices of the oppressed left behind in his native country. Recognized among his peers for his expertise and proficiency, he’s beloved among his fellow nationals, in particular the Oromo, for his starring role in the collective effort that saw the killings, detentions and erasure of both Ethiopia’s systematically muzzled transition from being a taboo topic to one of utmost relevance. In a country like Ethiopia, long renowned for its institutional harassment, jailing and murder of journalists, writers, activists and the critically outspoken, the thought of returning home was unrealistic. It is why the sentiment he termed “wholeness” was something seemingly unattainable, beyond him, a price to pay for his insistence to call out authoritarianism for what it is via his pen and the near daily interviews given to international media.

Adhering to the ethics of his trade, he took the pitfalls of exile in stride and continued to speak, write, edit and publish. The Opride.com platform today is the byproduct of his insistence that unadulterated, unapologetic voices shouldn’t have to suffer the indignity of being filtered and rendered “adaptable.” The platform strives to dissect, scrutinize and deliver news stories out of Ethiopia as accurate, truthful and raw as they ought to be. Since its 2008 launch, Opride.com has risen to become a household name in the region, despite being dogged by Ethiopian government censors which for years fought to block Opride.com content from being accessed in Ethiopia. Assembling journalists, bloggers, poets, and pundits living at home and abroad, the Opride organisation is proud to count as family a plethora of inspiring and uplifting personalities of all walks of life. Staff and contributors owe our platform’s relevance to the savvy, aware and increasingly sophisticated audience we strive to please and one cannot simply look back in awe at Opride’s rise without paying tribute to those who stuck with us through thick and thin.

Murmurs of curiosity among those linking Mohammed Ademo’s trip home to a potential relocation of the Opride.com project hasn’t escaped us. Like most observers, the breakneck speed at which Ethiopia seems to be shedding its repressive nature in recent months has us in awe. Although much work is needed to right the wrongs of decades of iron fisted rule that sought the wiping out of Ethiopia’s critical thinking society, one cannot help but be pleased with what has transpired in the months since Prime Minister Abiy Ahmed won the ruling party chairmanship. We at Opride.com have taken note of the effort to reconcile with feuding entities and open the country up for the exiled members of the intelligentsia once deemed “terrorists.”

The tables appear to be turning on the elite group of power brokers who had presided over the maintaining of an Ethiopian autocratic police state. The sudden shift in dynamics has seen outspoken dissenters and even armed rebels heed the new administration’s call to return home from exile and play a productive and transformative role in society.

It is what opened the door for Mohammed Ademo returning from exile in America and entering his mother’s warm embrace for the first time in sixteen years.

The Opride.com co-founder landed at Addis Ababa’s Bole International Airport on Saturday. Sixteen years is a long time to be away from family and undoubtedly, Mohammed has a lot to unpack during his stay. He will greatly appreciate being permitted to escape the limelight while he sorts out what needs to be sorted out, reconnects and drinks in the effects of time on his hometown, friends and family.

However, we would like to use this opportunity to notify our readers that his trip coincides with Opride.com contemplating the possibility of setting up shop in Ethiopia. Talk of amending and even annulling Ethiopia’s notorious anti terrorism proclamation of 2009 has been making the rounds at the water cooler in recent months and many diaspora based Ethiopian media outlets are pondering over the decision to relocate to Ethiopia. If the right to operate in the country without our staff risking intimidation and arrest is secured, Opride.com would seriously consider the move.

“Damee” heads home with an open minded and inquisitive approach. He will also use his time to study the situation on the ground. Although nothing is certain, Opride.com has always stressed the importance of expanding Ethiopia’s media horizons. Opride.com would lunge at the opportunity to take part in initiatives that would further embolden and enhance the country’s budding media sector.

The Opride.com team would appreciate the input of its readers as we consider our options. On behalf of Mohammed, we’d like to thank everyone for the countless messages welcoming our editor in chief home after so long!