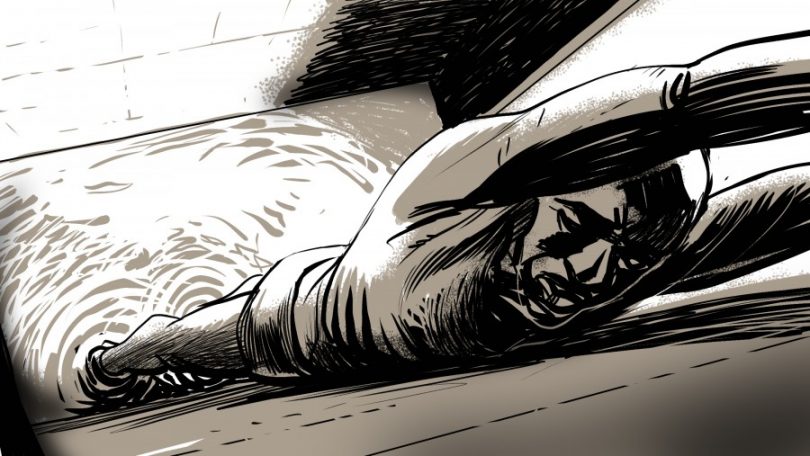 (OPride)—Inmates incarcerated at the Ethiopian Somali State capital’s Jijiga Central Prison are subjected to medieval era barbarities at the hands of their jailers, who rape, kill and starve them. This is what a detailed Human Rights Watch (HRW) report into the activities of the prison’s guards and regional security forces, known as the “Liyu Police,” uncovered.

The report, titled “We are like the Dead,” includes harrowing testimony of former inmates, including women who were forcibly impregnated and left to give birth in their prison cells, as well as sadistic torture allegedly carried out personally by the chief of the Liyu Police among other officials. The entirety of the inmates interviewed were subjected to extreme forms of abuse and witnessed deaths by torture, starvation or disease. They hold the Liyu Police as well as senior prison officials directly accountable for their plight. 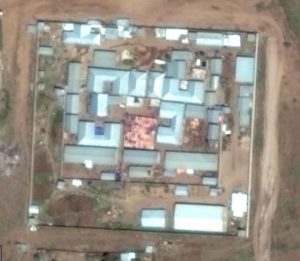 Aerial view of “Jail Ogaden,” on Google Maps. The facility is minutes away from Jijiga University and a host of cafes, restaurants and hotels are in its vicinity

The 88 page HRW report published today is the first of its kind, going to great lengths to authenticate reports on the sorts of horrors that take place in the Somali region’s prisons. The government of Somali regional President Abdi Mohamoud Omar or “Abdi Illey” in power since 2010, has a track record of systematic abuses and killings of political dissidents and their relatives. The document, penned by Canadian human rights advocate Felix Horne, compiles the testimony of up to a hundred former inmates, former jailers and other people with first hand knowledge of the activities carried out at “Jail Ogaden.” 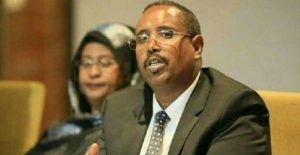 Somali regional President Abdi Illey. He presided over the formation of the Liyu Police and stands accused of a myriad of crimes and abuses

The former detainees, imprisoned at the site between 2011 and 2018, explain that the several thousand prisoners at the prison are kept there indefinitely, under the pretext that they were supporters or members of the Ogaden National Liberation Front (ONLF) armed separatist group. The overcrowded prison lacked food, water and supplies for medical and sanitary needs. The report states that an unknown number of inmates die from disease and the harsh conditions of the facility. Detainees have no access to visitors, lawyers and can spend years at the facility without ever making a court appearance. But it’s the punishment meted out against them that has garnered the prison’s authorities a reputation for being cruel and barbaric. The crimes committed against female detainees are especially disturbing.

Rape of women has long become a standardized practice at Jail Ogaden, according to those interviewed. Former detainees describe women being regularly taken out of their cells at night and raped by either Liyu Police officers, or overseeing authorities. “You would hear screams all the time,” one female detainee told HRW. “When people came back to the room, you see them shaking, shivering and crying. Every night I was scared because I wondered if I would be next.” The regional prison commission is mandated with protecting the dignity of inmates at prisons. However, in the Somali region, the commissioner also happens to be the head of the Liyu Police, Abdirahman Labagole. He is accused of engaging in the torture and rape of detainees himself. 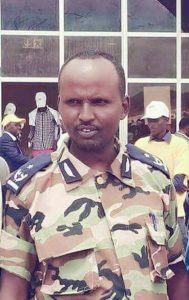 A former prison guard described being ordered by Labagole to “get him some ladies.”

“He told me to bring him some ladies that were in the jail. Just any ladies. We are just free to enter and take people, there is no process for us.”

Another senior prison official accused to have been personally involved in the rape of inmates is Shamaahiye Sheikh Farah. “He [Shamaahiye] raped many people from our room,” one inmate said. Another inmate described an incident in which Shamaahiye ordered Liyu Police officers to gang rape a group of girls. “You are our donkeys,” Shamaahiye is said to have told the victims. “Even God cannot save you from us.

Mohammed Ismail, chairman of the America based Somali Regional Alliance for Justice (SRAJ) political opposition party has long accused the regional government of okaying rape and torture. In the past, he has called for the closure of Jail Ogaden and numerous other sites where he says similar abuses are carried out.

“The report is incredibly disturbing,” the party chairman told Opride. “SRAJ has spoken to countless former inmates telling us of their horrific experiences at that facility. We continue to request the immediate closure of Jail Ogaden the prosecuting of those responsible for these cruelties.”

HRW interviewed up to ten women who gave birth to children after having been forcibly impregnated at the prison. One woman describes being forced to give birth in the prison with no professional assistance and only fellow inmates at her side.

I requested [medical care] treatment for my birth because I knew I would give birth soon,” recounts the woman. “Liyu police said “put it [the baby] in the toilet, they are of no use, they will just grow up to be a sympathizer of ONLF.” With no additional food or care, newborns would typically die within days, while other children would fall prey to various health ailments.

Others recounted being submerged in water to simulate drowning, held in stress positions, such as having all four limbs tied together behind one’s back and being left like that for hours. Interviewees also witnessed fellow inmates be beaten to death. “Every morning we would go through the list of those who had died or just didn’t return to their cell,” one inmate recalled. “We lived in a constant state of fear that we would be next.” 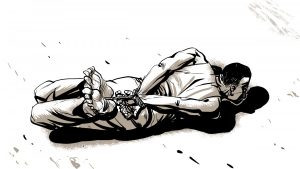 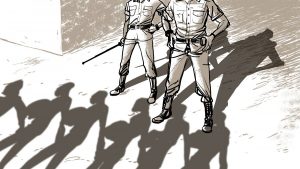 Inmates described an incident in which a hundred men were forced to strip their clothes off and form a long line, with each man holding the genitals of the man behind him. Guards are said to have been laughing while snapping pictures of the humiliated victims (Image: John Holmes for HRW)

HRW published parts of a 2011 self assessment video made by the Somali regional government. In it, prison guards and authorities calmly discuss the prevalence of rape, torture and death at Jail Ogaden. The video, which was allegedly filmed at President Abdi Illey’s request, was handed over to HRW by a presidential advisor who fled the country. In one section of the video, a uniformed officer is heard describing the death of an inmate. “Both of his kidneys failed as a result of the beatings and he died,” the officer says, almost nonchalantly. 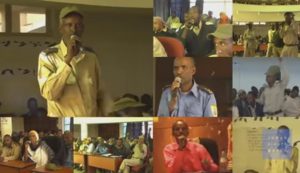 Screengrab of the “gimgema,” a video obtained by HRW of a 2011 self assessment meeting in which Somali prison authorities openly admitted to horrific abuses, rape and killings at Jail Ogaden

The reports author Felix Horne explained to Opride that HRW has noted no signs of improvement whatsoever in the conduct of Somali regional security forces. “The nature of the atrocities may have changed, we don’t hear of villagers being massacred due to suspected ONLF support as was so often the case in the past. But the same atrocities are carried out targeting businessmen, dissidents or villagers along the border with Oromia state.”

Elected in April, Ethiopian Prime Minister Abiy Ahmed promised that the federal government would clean up its act, admitting that torture of inmates was a widespread practice in Ethiopia. Recently, the government announced the dismissals of up to five federal prison officials as part of the effort to eradicate the violation of human rights behind bars.

But these officials are said to have no involvement whatsoever with the procedures at prisons in the Somali region. Federal officials rarely intervene when the Liyu Police commit flagrant violations of local and even international law. The regional force was a key instigator of the communal violence last year that led to the displacing of a million Oromos and Somalis from their homes. It is yet to be seen if the extent of the horrors published in the latest report will convince the federal government to rein in the regional government and those perpetrating horrific crimes at Jail Ogaden.

The full report can be read at the HRW website here.