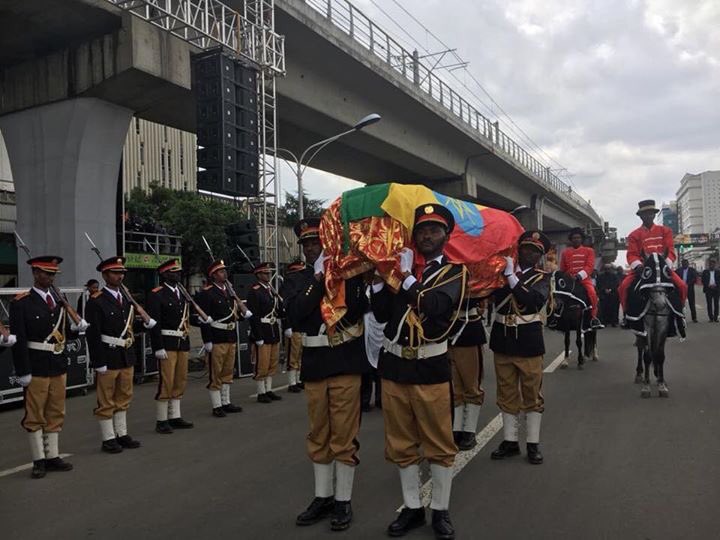 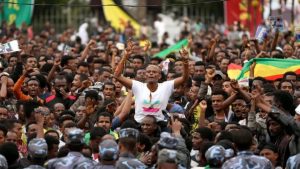 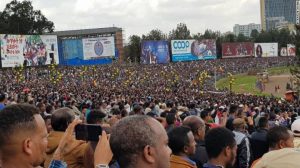 “This guy had been the hope of Ethiopians,” Abel Wabella, known Zone 9 blogger and founder of the Gobena news website told the CNN. “He had been telling people about this mega-project for seven years. Everybody knew who he was.”

“Whoever is behind this will pay dearly,” said Bethelihem Tamene. “God will serve justice.”

On Wednesday, Simegnew, 53, had been found slumped over in the driver’s seat of his Toyota Land Cruiser in that same Meskel Square district of the capital Addis Ababa. Upon discovery of the body, police quickly cordoned off the area around the vehicle. A police forensics team collected the body as well as a weapon, a handgun, which according to the police commissioner was found in the car to Simegnew’s right.

Simegnew Bekele, was well known and made frequent appearances in both local and international media updating journalists on the dam’s progress. Prior to his being appointed operational manager for the GERD project, he had been part of the management teams for both the Gilgel Gibe I and Gilgel Gibe II dam construction projects. Those projects were completed in 2004 and 2010 respectively.

“I’m deeply saddened and troubled by the passing of Engineer Simegnew,” said talk show host Nunu Wako. “This is a big loss for Ethiopia.

“I want to see the monster responsible for this face justice,” one grief stricken mourner told local media outlet Andafta. “How can we allow the blood of someone who was a precious national asset to spill like this? This can’t go unpunished.” 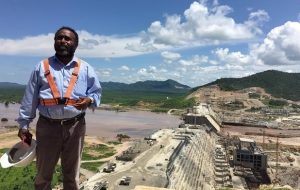 Simegnew Bekele. Behind him, the site of the construction project which became his life’s work (Image: Ethiopian Broadcasting Corporation) 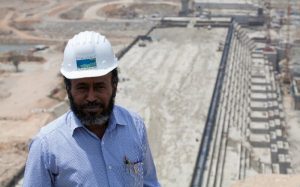 Politicians, activists and renowned personalities were among those expressing sadness and admiration for a man described as a dedicated patriot who made it his life’s work to see Ethiopia’s development. Police stopped short of declaring the death a homicide, saying that the investigation was ongoing.

Simegnew Bekele, a native of Gonder and a former lecturer, was often seen sporting a construction worker’s hard hat as he worked around the clock as coordinator of the most talked about dam project in recent history. Despite the dam project being a key source of tension between Ethiopia and Egypt, the engineer dismissed theories that the dam would harm downstream nations such as Egypt and Sudan. He took to media to reassure people that the dam would prove beneficial to all concerned parties and actively called on them to get behind the project. He remained extremely enthusiastic about the project until the very end. 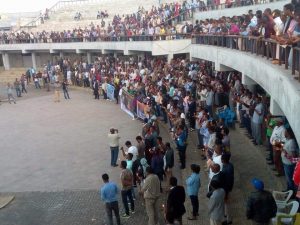 Demonstrations and memorials were held to commemorate Simegnew Bekele in Mekele, Adama, Gonder as well as Bahir Dar (pictured)

In a Februrary 2017 interview with American based Selam Radio, he described the dam project as a “benchmark that would send a major message to the rest of the world.”

“With this dam, our country will completely revamp its image in the eyes of the world. We are a hardworking people and strive to revolutionize the way we live in this country. The goal isn’t merely producing hydroelectric power, we seek to make giant leaps forward as a country, as a society. Life is short. Let’s make our brief time on earth productive, inspiring and beneficial to our society as a whole.”

It’s clear that many of his fellow nationals believe that he was able to do just that.

Simegnew Bekele leaves behind a wife and three children.