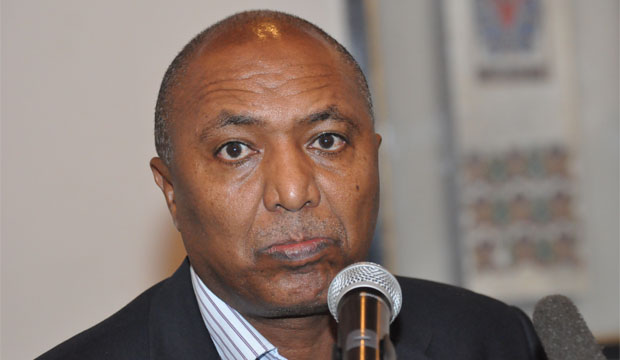 (OPride)— Veteran politician and longtime ruling party servant Bereket Simon has been shown the door by his party, the Amhara National Democratic Movement (ANDM). The party, a member of the ruling Ethiopian People’s Revolutionary Democratic Front (EPRDF) has been conducting closed door meetings with members of its Central Committee. After two days of deliberations, it issued a short communique announcing the removals of both Bereket and another party veteran, Tadesse Kassa. According to the Amhara Mass Media Agency, the duo have been let go because their interests “aren’t aligned with the interests of the Amhara people.”

Bereket Simon hails from Gonder and is of Eritrean parentage. As a youth, he took part in the Tigrayan People’s Liberation Front (TPLF) led armed struggle to overthrow the Derg regime. During his heyday, he was an EPRDF hardliner and among the most powerful politicians in the country. Using his prestige and senior role in the management of the ANDM party’s multi million dollar business conglomerate, Tiret Corporate, he amassed a tidy fortune over the years as a businessman. For the bulk of his career in politics, he served as the federal government’s Communications Minister. A close friend and confidante of former Prime Minister Meles Zenawi, Bereket has long faced accusations ranging from corruption to having a hand in the government’s heavy handed measures to suppressing dissent in the country.

In the ANDM’s communique announcing the dismissals posted on the party’s official Facebook page, the organization didn’t specify exactly what was behind the decision. However, in state media broadcaster Ethiopian Television’s (ETV) televised news bulletin, the dismissals were said to have come as a result of “problems created at Tiret Corporate” by the two men. This is likely a thinly veiled reference to either reports of corruption or a struggle for corporate superiority involving the two. Tadesse Kassa would likely also be implicated in any corruption scandal involving Tiret. The businessman has been a part of the company’s board of directors since its founding in the early nineties. Tiret Corporate has been reported as being little less than an Amhara regional subsidiary of the Tigrayan state government owned EFFORT company. Tiret Corporate’s executives have long faced accusations of monopolizing the Amhara region’s private business sector, with the Tiret owned companies like Dashen Beer being managed and directed for many years by Bereket Simon himself.

Growing rift between the ANDM and TPLF

In recent years, there has been increasing friction between the ANDM and the party long said to have had a long stretching tentacle overshadowing it, the TPLF. For most of the past quarter century, the TPLF had unopposed dominance over other EPRDF coalition parties including the ANDM. The likes of Bereket Simon were said to be TPLF minders ensuring the ANDM doesn’t stray away from the Tigrayan outfit’s dominance. But under the leadership of Gedu Andargachew, the ANDM has made initiatives to loosen the influence of the overlord of sorts. The ANDM’s forming of a political alliance with the Oromo People’s Democratic Party (OPDO) even resulted in the two parties gridlocking parliament until demands were met. And a last minute maneuver by the ANDM resulted in their withdrawing of Demeke Mekonen from candidacy for the Prime Minister’s post, which resulted in the landslide win that shot Abiy Ahmed to the leadership post last April. The last minute withdrawal is believed to have been a calculated move to prevent one of two TPLF backed candidates from becoming the country’s new leader. Demeke now serves as Prime Minister Abiy’s deputy and advisor. 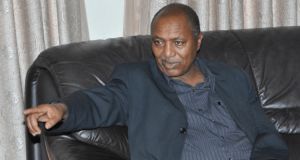 Bereket Simon defended the Ethiopian government’s brutal crackdown on post 2005 election protesters. 193 demonstrators were killed and 763 others injured when security forces in Addis Ababa were given permission to use lethal force

Bereket as a “cynical totalitarian”

The rift between the ANDM and the TPLF, meant that for Bereket, his days in the ANDM organization were always going to be numbered. A widely unpopular figure in the region, he is deemed a remnant of a bygone era of the pre Abiy oligarch-esque era rule over Ethiopia. In July a rumour that he was staying at a hotel in the town of Debremarkos, some 300 km north east of Addis Ababa, led to hundreds of the town’s youth surrounding the hotel, pelting it with rocks and setting a nearby vehicle on fire. It isn’t clear if Bereket was ever there. Bereket is accredited as being a key personality within the EPRDF ruling party’s powerful inner circle and helping structure the oppressive policies that led to Ethiopia becoming a virtual police state. He is described in a leaked Wikileaks cable by former US ambassador to Ethiopia Donald Yamamoto, as being among the EPRDF’s most influential policy advisors. It was this oppressive domestic policy that led to security forces gunning down 193 unarmed protesters in Addis Ababa in the aftermath of the hotly contested 2005 Ethiopian elections. Bereket Simon was among those who strongly defended the government’s widely condemned course of action. He claimed had the state not acted to pummel those who marched in the streets of Addis Ababa, they (unarmed protesters) would have unleashed mayhem that would make the Rwanda Genocide “look like child’s play.” Last year, Portuguese diplomat Ana Gomes, who was in Ethiopia in 2005 as part of a European Union election observer team tweeted that Bereket was a “cruel and cynical totalitarian,” and called for him to be put on trial.

Bereket Simon is just the latest among politicians and military officials who’ve formed the backbone of the EPRDF for decades to be disposed of. Since Abiy Ahmed’s ascension to the federal leadership, the likes of Sibhat Nega, Kassu Ilala and Abadula Gemeda have been “forcibly retired,” while the likes of former Minister of Defense Siraj Fergessa and former President of Ethiopia’s Southern Region Shiferaw Shigute resigned voluntarily after having been pressured by the federal government to do so. Military head General Samora Younis and National Intelligence and Security Services Director Getachew Assefa were let go back in June. More recently, a federal military operation targeting the Somali regional government resulted in soldiers arresting former President Abdi Illey and ending his decade in power.

According to the ANDM’s communique, an unspecified number of other party members have been “retired.” Their names and the reasoning behind the wave of dismissals will be clarified in subsequent updates, the ANDM release concludes.

Note: Opride.com has edited this article to explain that the move to dismiss Bereket was made by the ANDM’s Central Committee, and not the Executive Committee as had been initially reported. Opride.com understands that Bereket Simon is currently suspended from the party with his full dismissal imminent.